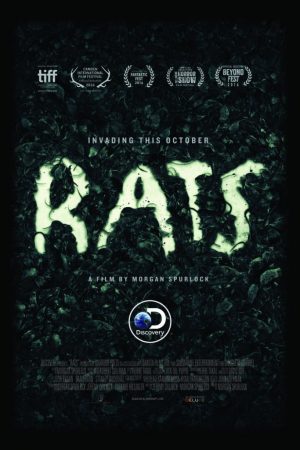 Doesn’t it seem the television networks are now, more than ever, into Halloween more than Rob Zombie in a recording booth?

Outside of Christmas, Halloween must be the most stunt-programmed holiday on the airwaves. This year you’ve got your creepy cake competitions over on the Food Network, Rocky Horror newly neutered for Fox, and paranormal lockdowns (it’s a real thing, check it out) over on Destination America’s Ghostober.

Discovery wants to really creep you out tomorrow night (Saturday, October 22nd) with the premiere of their recent theatrical documentary RATS, directed by Morgan Spurlock (Super-Size Me).

This is a documentary with jump-scares.  Or, as Spurlock explains in the press notes, Rats is a “Shock Doc.” The director has always been a big horror movie fan, influenced at a young age by Cronenberg’s Scanners.

Until now, Spurlock has not directed anything in the horror genre.  He’s a documentary filmmaker, and arguably one of today’s most popular.  But don’t let his past, often subject-on screen, style dissuade you. Rats is a horror film, full of enough fright, shock, and gore to satisfy anyone binging this season on Wes Craven, John Carpenter and David Cronennberg.

Ed sits in a dark, dingy, probably rat-infested, room spouting killer gems like “some of the fanciest places in the city are teeming with rats.”  His first-hand accounts lead into the New York segment that sets the tone for the rest of the film.  Like the book it’s “inspired by,” Robert Sullivan’s 2005 non-fiction of the same name, New York City serves as the launching point of a worldwide rat infestation.

“Infestation” too dramatic a choice of words?”

Ed reminds you there’s a rat for every New York City resident (at least 8.2 million) and each of those rats can carry 5 million deadly viruses on just one of its hands.

I would sit through an entire movie of Ed Sheeran’s stories about rats.

It’s wise of the filmmakers to keep cutting back to the guy.  Well after we’ve traveled with the film past New York, into Mumbai, the English countryside, and Vietnam, there’s our deadly serious crypt keeper to remind us the real reasons to be afraid of rats.  “I’ve seen them in the graveyards.  I wonder what they’re eatin’?” 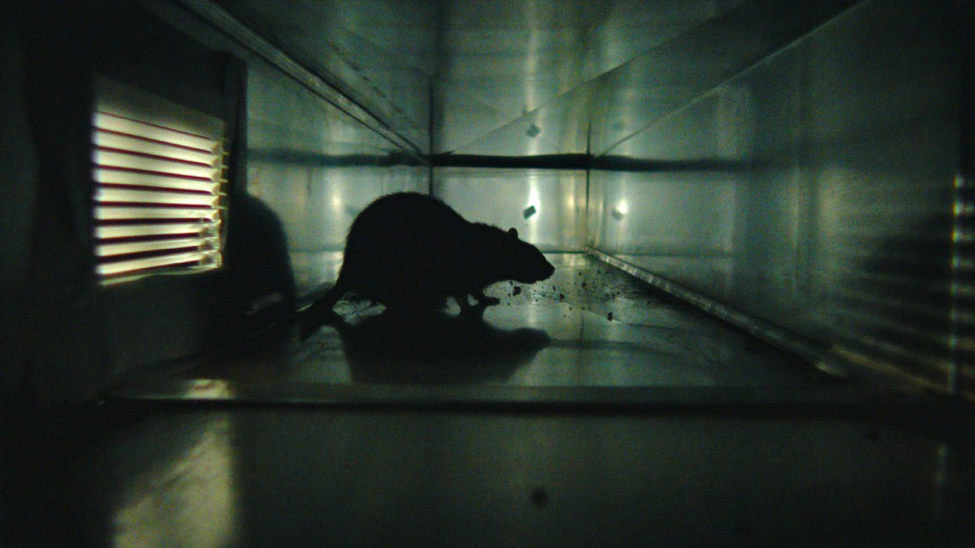 After New York, Rats takes us to post-Katrina New Orleans, where a study is taking place at the University of Tulane.   If the sight of New York City street rats jumping out of the sewers wasn’t enough to make your stomach churn, wait until you see, in graphic detail, what this team pulls out of the four-legged test subjects.  Under the microscope, the horror show heightens.  Various dangerous diseases found in a routine sampling of rats, has one of Tulane’s top scientists grimly declaring it’s “not a question of if, but a question of when.”

On to Mumbai, where a group of factory workers are doing their own rat catching.  With nets, sticks, or simply by hand, devoid of gloves or masks, these rat catchers are trying to beat quotas in an effort to keep the area safe, and of course be financially rewarded per rat.  It’s a dangerous and disorganized extermination that contrasts greatly with the film’s final segment set in Rajasthan, India.

There, at the 600 year-old Karni Mata Temple, 35,000 rats live as holy animals in concert with humans there to worship, eat, and sleep.  Together.  They believe when the rats die they become humans, and vice versa.  After sitting through the previous segments of this documentary, your Western soul will not be amused.

Other highlights include a decades-long collection of taxidermied rats at Fordham University.  The study, helps to determine evolutionary development and resistance to raticide.  I was particularly horrified by the largest rat in the collection found ten blocks from my New York apartment.  Thanks for that, Mr. Spurlock. 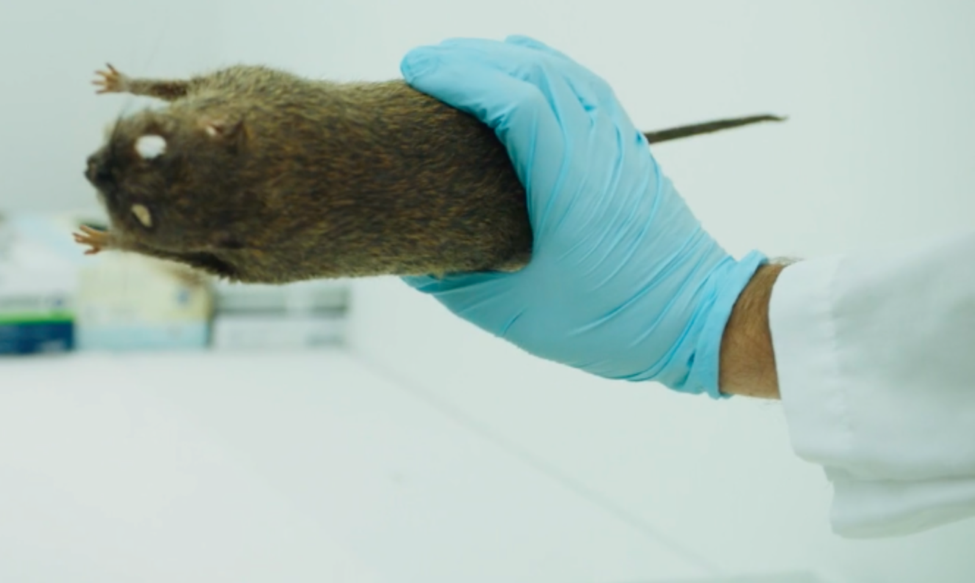 Then there’s the rice farmer in Kandal Province who collects live rats by the dozens and cages them for “a guy named Mr. Ret who buys them, but I have no idea what he does with them.”  This is a Shock Doc.  You’ll have a feeling where it’s going once the rats are transferred to a kitchen in Vietnam. If Spurlock was looking for the documentary gross-out equivalent of Roger and Me’s rabbit lady, he’s well exceeded it.

By the way, spoiler alert.  They taste like chicken, but sweeter.

In the countryside of England, larger predatory animals eating rats are dying from the raticide, whereas the rats are not.  The mutational resistance is, however, no match for the adorable, but fierce terriers that seek out a particularly sneaky set of rats from under a farm on another side of the Isle. 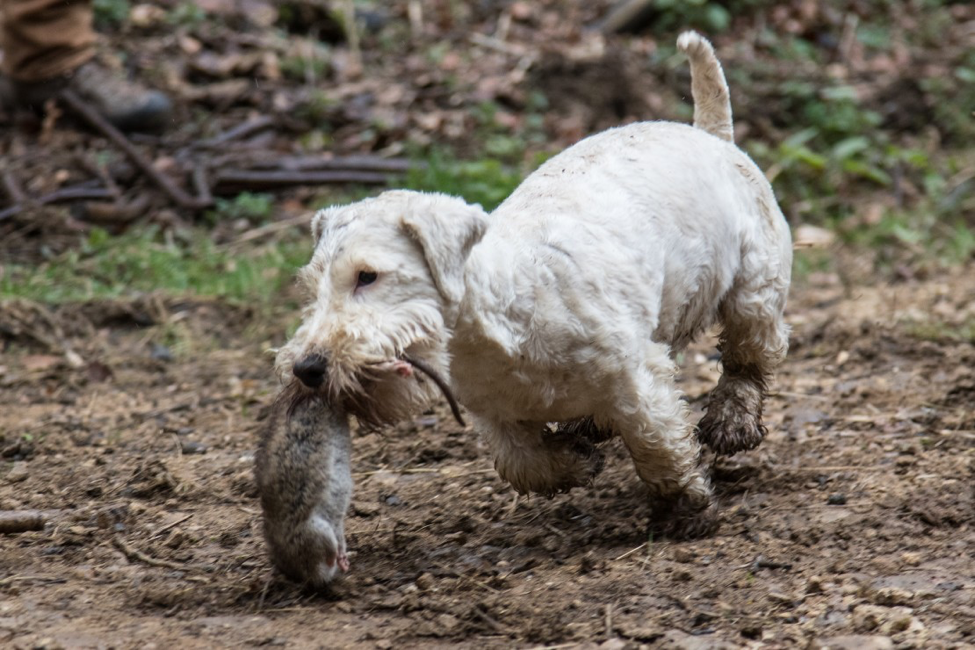 If you have the stomach for it, rats is a particularly effective scare tactic that hits a little too close to under your home. Or in the walls.  Alright, you’ll be closing the lid on your toilet seat from here on out.

I recommend perhaps pairing the film with a screening Willard or Of Unknown Origin.  Maybe whip up a nice ratatouille and a beer from South Carolina’s River Rat Brewery?

RATS premieres on Discovery Saturday, October 22nd at 9/8c
The prefered hashtag from the network is #Ratastic