On Nov. 25, Netflix returns to the world of Star Hollow as fans get to check in with the coffee-addicted, fast talking ladies known as Gilmore for the first time in nine years.

Gilmore GIrls: A Year in the Life will take a six-hour stroll through memory lane as fans of Rory, Lorelai, Emily, Lane and the whole slightly off-kilter gang get to catch up with their former primetime buddies.

The small teases and trailers released over the last few months have done little to provide detail into the lives of the gals over the last decade, thus leaving much of the series as a surprise for die-hard fans who already have viewing parties in planning stages. But nine years is a long time. Will fans be able to remember every detail of their beloved show to watch the series? What if there isn’t time to re-binge seven seasons of witty banter? 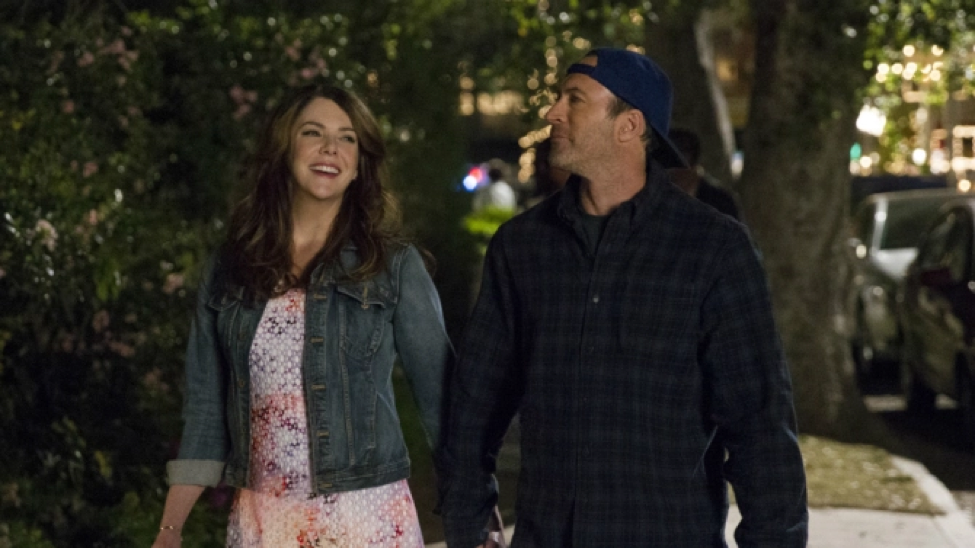 So, to prep for the oncoming wave of Gilmore fever, here is a quick cheat sheet of where we left the characters the last time we saw them: 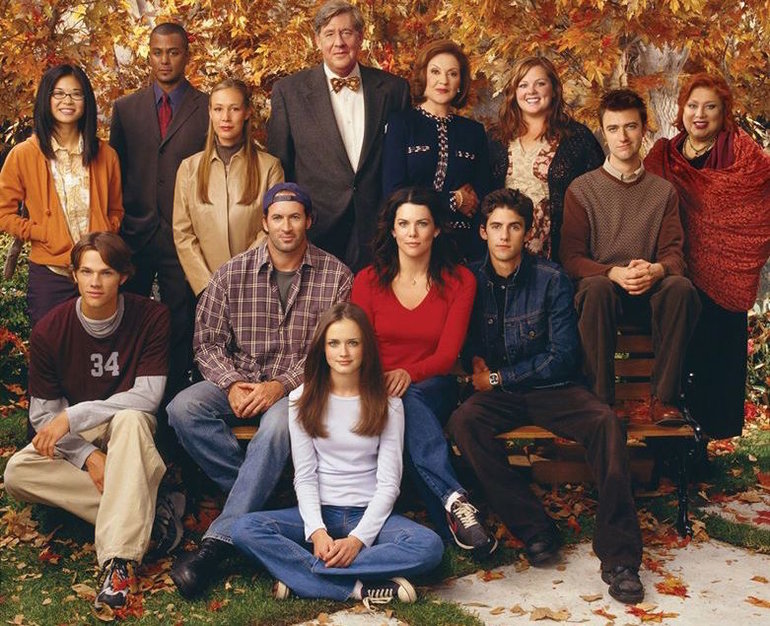 Best known for: Being the star of the series. Mother of Rory, former teenage runaway. Binge eater, talks a mile a minute, complains about money yet lives in a large house and wears clothes only once. Owns the Dragonfly Inn.

Last Seen: Kissing Luke Danes  in the rain at her daughter’s graduation/going away party

Best Known For: Daughter of Lorelai. Was once told that it looked like she was dressed by “animated birds.” Like her mother, the girl can eat and talk like she was being paid for it. Graduated from Yale.

Last Seen: About to follow Barack Obama on the campaign trail as a political blogger after her graduation from Yale.

Best Known For: Curmudgeon diner owner know for his hate of cell phones and love of Lorelai. Created issues where there weren’t issues in his relationship, causing Lorelai and him to break up. Has a daughter, April. Dresses like a 1992 Seattle bouncer.

Last Seen: Making out with Lorelai.

Best Known For: Mother of Lorelai, grandmother of Rory, wife of Richard. Yale alumni. Another fast talker, but serves up piss and vinegar with a silver spoon. Rich. Very rich. Tried-to-buy-a-plane once rich (actually, timeshare a plane). Loves her family but can become an ice queen with a knife-sharp tongue in a second. Her fashion sense is impeccable. Once put baby in the corner.

Last Seen: Making peace with her daughter, who promised to continue the tradition of family dinners, even without the arm twisting.

Best Known For: Husband of Emily. Staunch businessman that seems cold on the outside, but was adorable and cuddly. Yale grad who met his wife as an undergraduate and the two became a power couple who ruled New England with an iron fist.

Last Seen:  Making peace with his daughter, but sadly, Edward Herrmann passed away in 2014. The series will cover his death.

Best Known For: Rory’s best friend. Cames from an uber-religious family where she had to hide her entire life under the floorboards of her room. Able to keep up in the Gilmore game of words.

Last Seen: Being a mom. In the end, she married young and had a set of twin boys (Steve and Kwan), all while still rocking out in her band, Hep Alien.

Best Known For: Lorelai’s best friend, wife of Jackson Belleville. Chef at the Dragonfly. Was once extremely accident prone but the writers eventually forgot about that character trait and it was dropped.

Last Seen: Got married and had two kids, with a third on the way by the time the series ended. Busting ghosts.

Best Known For: Produce guy, husband to Sookie St. James, friend to the Gilmore gals. Strangely passionate about his fruit. More of a ranter than a talker. Requires a good hour in the morning to “become Jackson.”

Last Seen: Having kids with an awesome lady who makes amazing food. Life is good for Jackson

Best Known For: Frenemy of Rory. Started the series as an super competitive rival with Rory over grades, boys and everything else. End the series on a similar note, only a shade nicer. Over achieving ice queen who can cripple a man with mere comeback. Not very understanding. Fluent in Portuguese. Has a thing for older men, possibly Rory.

Last Seen: Off to medical school and surprisingly still friends with Rory.

Best Known For: Rory’s first boyfriend. Got married out of high school to not-Rory, but had sex with Rory anyway. Winning more best first boyfriend awards than Lloyd Dobler.

Last Seen: Moved away from Star’s Hollow to save his marriage. Bumming out Luke.

Best Known For: Rory’s second boyfriend, nephew of Luke, pain in the ass. Loved by many, hated by most everyone else. Was a huge jerk to Rory who thought he was better than his GF, his uncle, the town he lived in, school, everyone else. Should have been punched more often. Once beaten up by a swan.

Last Seen: Not being a jerk. Wrote a book and inspired Rory to go back to school. Started a  publishing house with a bunch of hipsters. Unfortunately, she was dating another tool at that time. Speaking of…

Best Known For: Rory’s third boyfriend. Super rich d-bag that never worked for anything in his life, including Rory. To his credit, he did love Rory, but did a shit job of protecting her when his family destroyed her mental well being. The reason poor people hate rich people.

Last Seen: Asked Rory to marry him and pissed when she said no. He takes off into the sunset, leave a trail of $20s as he goes. Is really into political drama now.

Best Known For: Being the best ever. Super snooty French concierge that has worked with Lorelai and Sookie for years. Father of Chow-Chows Paw-Paw and Chin-Chin (RIP). Watches his waistline constantly. Once won the showcase showdown on the Price is Right.

Last Seen: Making guests uncomfortable at the Dragonfly as the assistant manager.

Best Known For: Ex-husband of Lorelai Gilmore, teen father to Rory, father to Gigi. Seemingly incapable of holding down a job or keeping a promise at the end of the series. But the end of the run, finally turned his life around

Last Seen: Watching daughter graduate from Yale, making good with Lorelai after 22 years of being a deadbeat.

Last Seen: Still instructing the wee ones of Stars Hollow on how to do a pirouette.

Best Known For: Being obnoxious. Also the owner of Doose’s Market and an old fashioned ice cream shop, but mostly known for being obnoxious. Head of the town council and every single town event council. Doesn’t believe in evolution.

Last Seen: Being Jimmy Fallon’s most favorite character ever.

Best Known For: Neighbor to Loralei and Rory, wife to the quiet Morey, best friends with Miss Patty, mother to the late, great feline Cinnamon. Once flashed Luke, who was forever changed by the incident. Was once in a cult. The town gossip.

Last Seen: Living life to the fullest with her hubby Morey and being awesome.

Best Known For: Religious. Mother of Lane. Religious. Hated Rory for most of her friendship with Lane because her mother was unmarried and her pant-wearing ways. Religious. Only cooks organic food that goes bad almost within minutes. Religious. Her mother is Buddhist, so like her daughter, she most hide her own religion from her mother when she comes to visit. Is probably the funniest character on the show.

Last Seen: Being extremely happy that despite all of her sassy backtalk and attempts at rebellion, her daughter and her ended up in a good place, in a good relationship.

Last Seen: Went on tour as a guitarist and supports family as a professional musician while Lane cared for the twins at home. While on hiatus, spent a few years in Louisiana hanging with vampires.

Best Known For: The best human in all of Stars Hollow. A jack of all trades, but a master of none. Lives with his mother in her bomb shelter. Boyfriend of Lulu. Owns a cat, also named Kirk. Suffers from night terrors, which causes him to destroy everything in a room. Sleeps naked. Is a budding filmmaker. Works hundreds of jobs and is hated by Luke in every single one of them. Was once named Mick.

Last Seen: It seemed he was on the verge of emerging from his man-child existance and purposing to Lulu, even buying a house for her. But Lord knows what became of that. During the hiatus, Kirk was defended from the galaxy as he was considered the scum of the Earth. 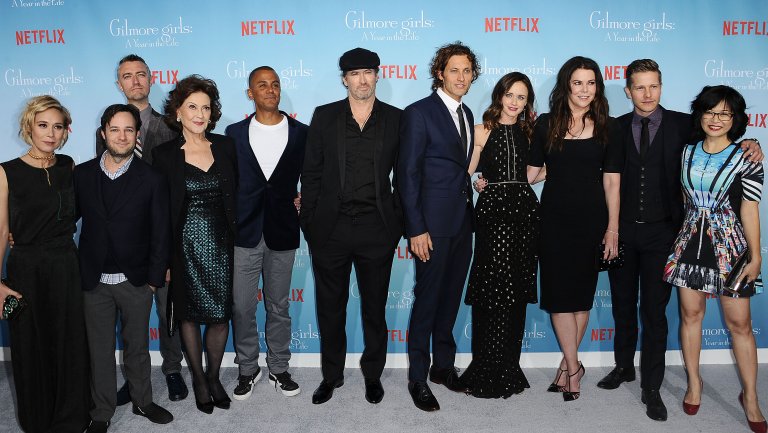