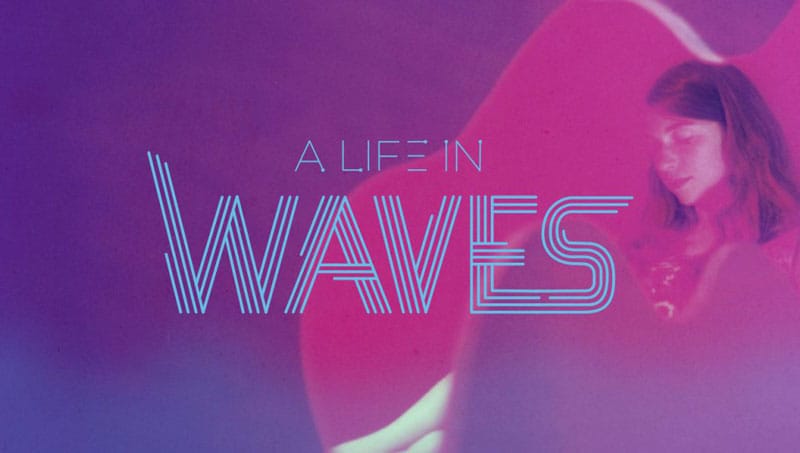 There’s an immediate nostalgic reaction I have when hearing early synthesised music of the late 60s and early 70s.  It’s never retro for me when hearing the songs of Tangerine Dream, the bizarre instrumental gem “Popcorn” by Hot Butter, and even music and sound cues in science fiction movies ranging from A Clockwork Orange to Westworld. It brings me to a certain time, when Disney’s Main Street Electrical Parade was the must-see attraction in Florida and a segment on PBS’s Nova could freak you out with a few chords. I’d imagine that I’m not alone in feeling nostalgic about electronically originated sound that, at the time, was deemed futuristic.

If the Stranger Things opening credit theme gives you goosebumps or you cringe with every change to EPCOT’s original Future World, the new documentary A Life in Waves is for you.  The film, which screens today at the Boston Underground Film Festival, focuses on the forty-year career of electronic music pioneer Suzanne Ciani. While I have to admit I didn’t know her by name, I was thrilled to hear the backstory of her work, much of which I do know.

Ciani was not only behind some of the most innovative sounds and jingles of the 70s and 80s, including spots for Atari and Coca-Cola, but also contributed to multiple soundtrack scores. Director Brett Whitcomb and writer Bradford Thomason, whose previous documentary The Rock-aFire Explosion is easily in my top 10 films about obsession, manage to get a fly-on-the-wall cooperation from Ciani. As they follow her life story, she visits the schools where she got her start as a classically-trained pianist (timed to speaking engagements and award ceremonies), and then on to her apprenticeship with electronic Don Buchla, inventor of the Buchla 200 synthesizer.

Still to this day, whether it be soldering iron in hand or touchpad, Ciani continues on creating unique sounds and music.  “Traditional instruments always have a limit to what sounds they can make, but electronic instruments have an unlimited palette,” she explains in the doc.

What’s also present Ciani’s backstory is a constant ability to break into a mostly male-dominated field, be taken seriously for her passion, and carve out her niche for talent against the odds. This is a geek-shall-inherit tale of someone feeling a little outside what everyone else is doing, but succeeding by pursuing a synchronicity with something nobody was doing.

Ciani’s friends and family, not to mention early schoolers and colleagues didn’t understood what all the wire patches and dials had to do with music, she took the sound to Madison Avenue, where the unique beeps and boops were embraced. There, the solve for new ways to catch the attention of consumers kickstarted the musician’s own production company.

Of course the real fun of the film comes out of vintage clips, from advertisements that commissioned her work, to talk show clips from 3-2-1 Contact, PM Magazine and even a 1980 appearance on Late Night with David Letterman.

You’ll know you’re in for a good time with the film’s opening credits, under which Ciani’s 1983 Atari composition “Nobody’s Hotter Than Atari” plays with a ferocity that I’d imagine still makes Devo jealous to this day.

Her list of work becomes endless as you dive deeper (and believe me, I did after watching the film). Meco’s disco Star Wars album, the electronic elements of The Stepford Wives score, the Xenon pinball game voice, the Galaxy Glue earworm from The Incredible Shrinking Woman, and various songs heard in Tomorrowland at the Disney Parks started with Ciani.

From the mainstreaming of Daft Punk to the retro-cool of new John Carpenter albums, her influence on thinking beyond traditional musical instruments is felt today. A Life In Waves lets you realize that for yourself, through the charming personality of its subject and her perseverance to push soundscapes into the future we want to live in.

A Life in Waves screens this afternoon at the Harvard Film Archives
as part of the Boston Underground Film Festival at 3:15pm
For more information visit BostonUnderground.org