Have you ever seen a movie that made you wanna shout, “Strangle that white bitch!” at the screen?

I sure as hell didn’t, until I saw Get Out, the pitch-perfect unnerving racial horror film written and directed by Jordan Peele, of all people. 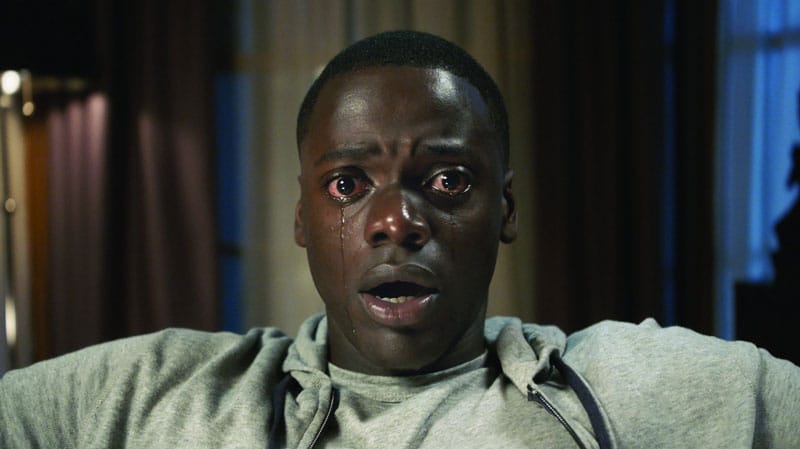 A keen watcher of Key & Peele may have perceived a knack for horror from Peele; in the “Baby Forest” sketch, he plays an infant Forest Whitaker with the famous actor’s creepy intensity (and wonky eye). Over time, the show’s racial comedy grew darker and more sorrowful, as in “Negrotown.”

But Get Out is a giant leap of a project. A true work of dramatic cohesion, psychological terror, thematic complexity, and some damn good jokes.

Lots of thoughts on this one. Let’s dive into it.

A meditation on slavery and its legacy

For most of the film, Get Out appears content to work as an odd movie about being black amid well-meaning white liberals and enduring their special brand of they-don’t-think-they’re-racist racism.

But once it pulls the rug out on the Armitages’ true scheme, Get Out uses this fantastic, gruesome idea of whites transplanting their brains into abducted blacks to such grand effect, hitting level upon level.

“Why black people?” Chris asks. He never gets an answer, but there’s an easy one: Why not?

Given the context of an American society developed under slavery and white supremacy, the “Coagula method,” and who benefits from it, makes total sense.

To this very day, we continue under the inherited social residue of an ethic that posits blacks as people made to serve whites. Carry that thinking forward, and black people can serve rich whites one final time by giving up their own bodies to literally save them from death.

Right up front, the Coagula method is slavery by another name. Its practitioners are a class of wealthy overlords, using people’s bodies as resources. Peele takes the effect of slavery, which uses black bodies to enable white inherited wealth and legacy, and made it literal: these white people are using black bodies to live forever. 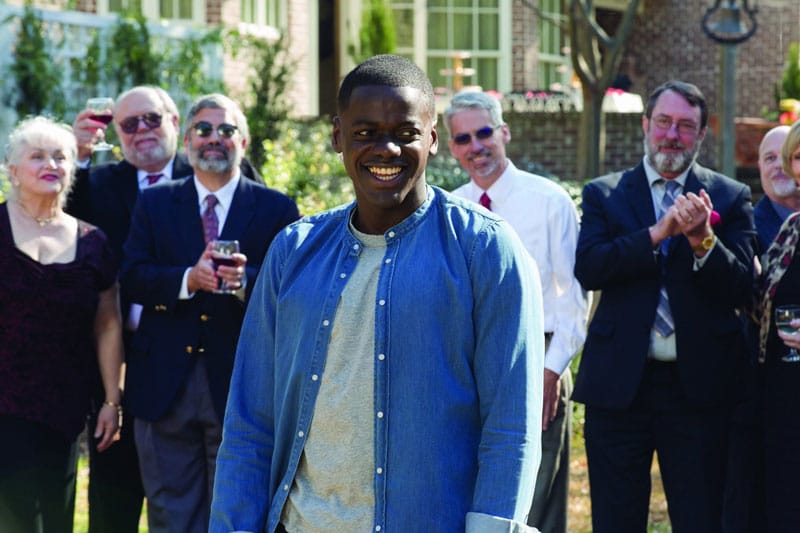 The small stuff is the tip of the iceberg

When Rose introduces Chris to the guests at her parents’ party, they try to see his athletic form, grab at his biceps, ask about the sex, along with other stilted, racially insensitive conversation. Sure, it all just seemed like the typically micro-aggressive behavior minorities often endure from whites that makes them feel beset from all sides. But it flips into that unfathomably horrifying register once Get Out pulls the rug out.

In tying these small-scale offensive interactions with racist body-snatching, Get Out goes beyond simply saying these moments are taxing. The film points out how much these micro-aggressions really are the legacy of terrible horrors that hinge on treating people as not fully human.

The psychological toll of racism can leave minorities feeling sunken under its weight. The racial condition, made metaphor in W.E.B. DuBois’ concept of double-consciousness and veils, is made literal in Get Out. The black victims are given a second, white, consciousness that casts a veil over their true selves.

And, when made aware of this horrific plight, the black victims in Get Out follow James Baldwin’s ominous words. Logan, made conscious accidentally by Chris’ camera flash, assaults Chris and screams at him to run away while his mind remains intact.

Peele said he made this film at the end of the Obama White House in an affront to the so-called “post-racial” world, and pointedly toward the white liberals and moderates who disavow racism and bigotry while saying and doing pretty bigoted stuff. (You know, the same people that Martin Luther King called “the great stumbling block in the stride toward freedom.”)

However, Get Out works just as well in these Trumpian times, when those same folks who #resist are out here blaming people of color for “identity politics.” 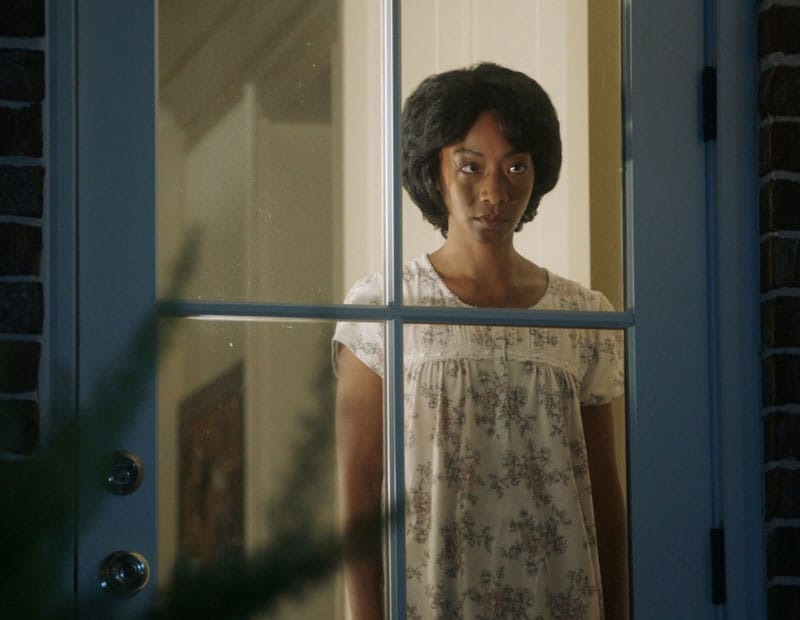 “Can we have anything?”

Get Out also uses the Coagula method as an allegory of appropriation as a tool of white supremacy.

Rose’s grandfather, still sore over losing a spot at the 1936 Olympics to Jesse Owens, takes the body of Walter because he covets the black man’s speed and athleticism.

Georgina the maid, who is actually Rose’s grandmother, marvels at herself in the mirror. She covets the black woman’s beauty. Why go in for anti-wrinkle treatments and collagen implants?

And Chris’ artistic talent and eyesight become the object of blind art dealer Jim Hudson’s desire. We do, after all, have a music industry largely built off the co-opting of black talent that still continues today. 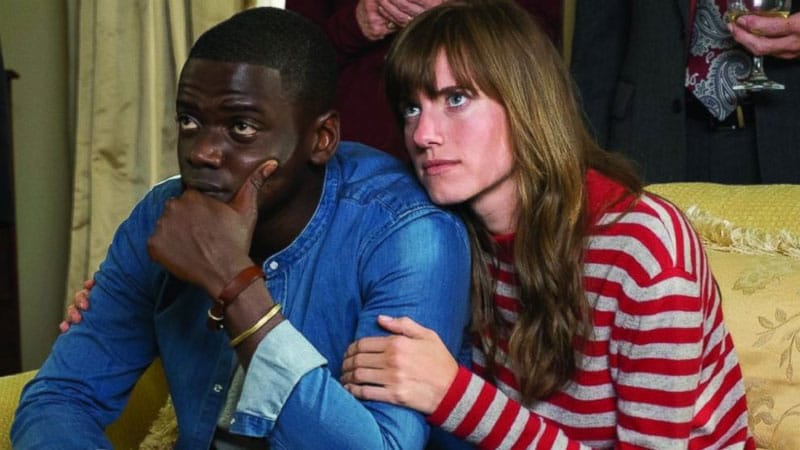 White womanhood as the central villain

I’ve written before, when discussing 12 Years A Slave, about the role of white women in the racial hierarchy, and how they can be both the victims of sexism while the practitioners of white supremacy. The dynamic of innocent white women and voracious black men launched countless lynchings and race riots. The divide between black women and white women plagues feminism to this very minute, and scuttled American progressivism from the 14th Amendment onward.

So why would it be any different in Get Out? The Armitages’ scheme depends upon Rose’s mother hypnotizing Chris and sending him to The Sunken Place. 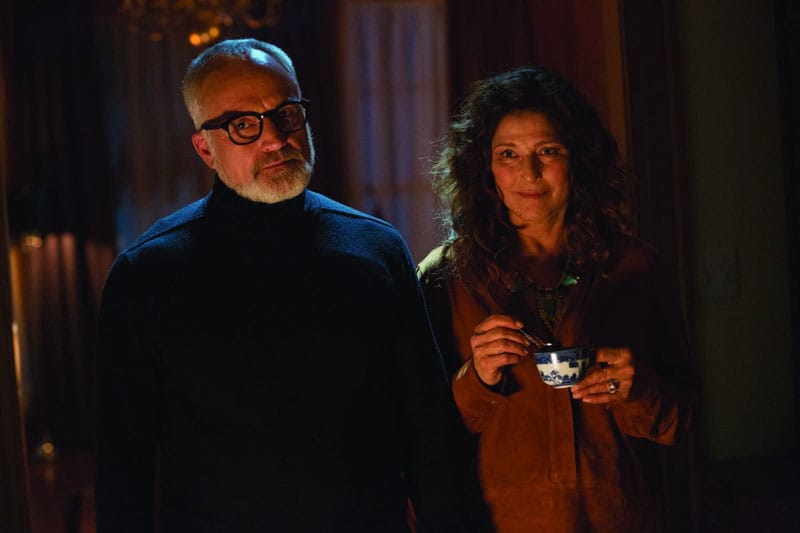 And Rose has her role to play, bringing in black boyfriends (and one black girlfriend, in Georgina’s case) for the family to mine their bodies.

Get Out works hard to presume Rose’s innocence, until the last moment when she says she can’t give Chris those keys. Throughout the film, Rose is the one who disregards Chris’ apprehensions over whether her family knows her boyfriend is black. She’s the one who, when Rod calls suspecting foul play, attempts to play the victim of sexual jealousy.

Rose is the one who back-sasses the police officer after she reported hitting a deer, and the cop wanted to see Chris’ ID without cause. It’s clear white privilege in a situation that has seen black people shot to death. But once the ruse is up, Rose’s standing up the cop takes on a more sinister tone: she had to keep Chris from being identified before he goes missing.

She’s the one who calls attention to her father’s look-how-chill-I-am changes in speech toward Chris, and then waves it off. She says nothing when Chris takes insult after insult at the party. Little did we know her aloofness was actual malevolence. By turning that subtext into text, Get Out comments on how being a bystander who takes no action only enables the evil to continue.

Get Out is so narratively strong that, up until she refuses to give up the keys, there’s still a par of me that wondered whether she too was hypnotized. Maybe she did? I think the film leaves that question open.

Really, it doesn’t matter. I know the answer. Rose is hypnotized, in a way. Her mind is poisoned by white supremacy, having grown up in that family and all their evil her entire life. It is her water. It is her air.

Sure, she could be better than this. She chooses not to be. So, no. No pity. 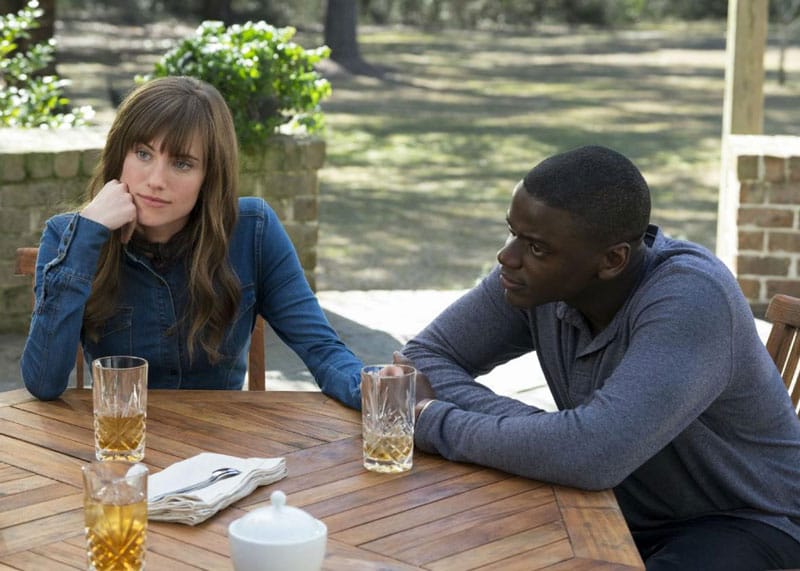 Once it appears that Chris’ conversion is in the bag, is in her room listening to the Dirty Dancing soundtrack, eating Froot Loops and milk in separate glasses (keep the white from the colors), and looking up black athletes online.

Perhaps this is why Rose’s comeuppance is so dramatic and perfect, an amazing reversal of horror movie’s “final girl” trope. A shotgun blast in the belly and Chris’ hands around her neck, Rose was ready to play the white-girl victim once those flasing lights came on. But it’s not the cops – it’s Chris’ buddy Rod in his TSA whip, earning first-ballot entry to the Homeboy Hall of Fame.

Get Out, in the span of a minute, took me from wanting to yell at Chris, “Strangle that white bitch!”, to being disappointed that he stopped, to fearing for his life when that car rolls up, to exhilaration when it’s Rod and she’s gonna die cold and alone on that road.

That’s right: Get Out showed me Othello strangling Desdemona, and had me cheer for Othello. A callback to a Key & Peele sketch that found a pair of Elizabethan Moors stuntin’ outside the Globe Theatre at intermission of the play before the tragedy part kicks in. 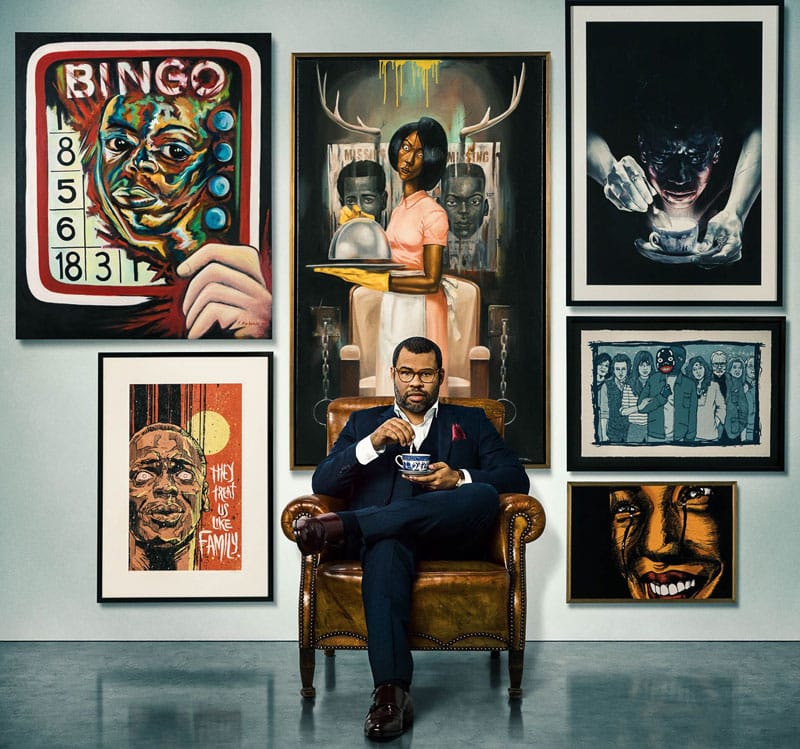 White supremacy as an insidious practice that seeks to negate blackness by elimination and assimilation.

And it goes back to jokes, people. Sardonic jokes of bemusement born from illogic terror.

When the body-harvesting scam is let out, I heard Paul Mooney in my head: “The black man in America is the most copied man on the planet, bar none. Everyone wanna be a nigga, but nobody wanna be a nigga.”

How about that Chris saves himself by picking cotton out of the chair he’s strapped to? That he kills Rose’s father by goring him on the antlers of buck, calling to mind the racial slur for black men? That the film opens with Childish Gambino’s song “Redbone,” which advises the listener to “stay woke”?s

Rod, Chris’ TSA agent best friend, becomes the metatextual black audience inside the film. He’s the one warning Chris about going on this long weekend, about being surrounded by whites in a remote house, of brainwashing and slavery conspiracies. He’s saying, “Don’t you go in there.” Just like Logan at the party, Rod is yelling at Chris to get out.

And Rod’s final line of the film calls back to a Key & Peele sketch “Prepared for Terries.” 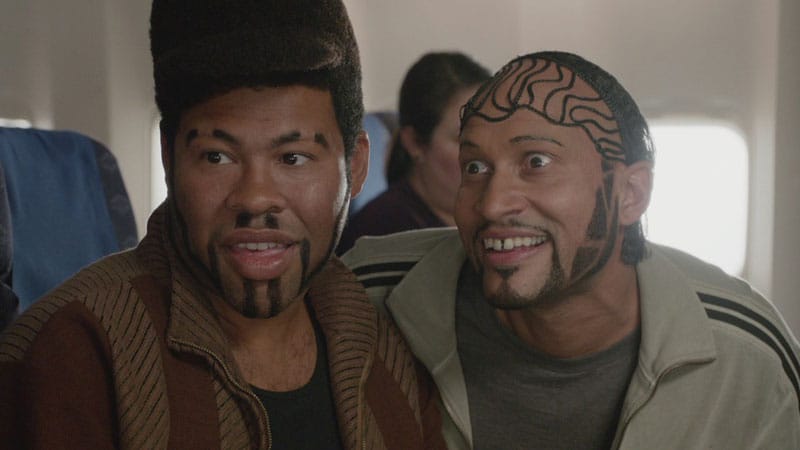 Rod sure did draxx them sklounst, for the original terrorists in America.

Jordan Peele says he wants to direct four more films about what he calls “social demons.” Get Out was about “race and neglect and marginalization,” he told Business Insider.