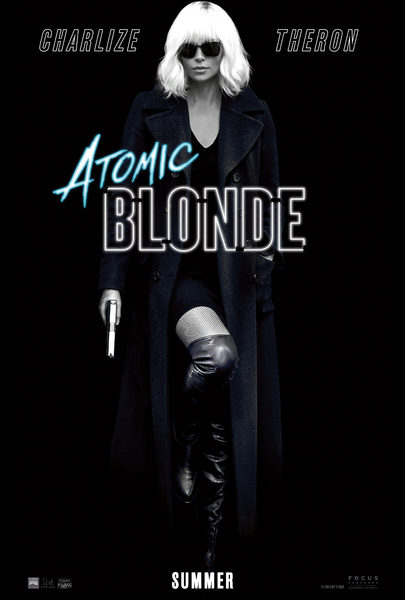 I’d be lying if I said I understood every plot point in Atomic Blonde, the bombastic new action film from director David Leitch (John Wick).

After discussing the film at its World Premiere during SXSW, I found I wasn’t alone.

The story is secondary, a mere co-star to its jaw-dropping, choreographed fight sequences, each one upstaging the next.

Not that it matters, the film is based on the graphic novel The Coldest City by Antony Johnston, which is set around the collapse of the Berlin Wall during the late 80s.

Charlize Theron is Lorraine Broughton, a tough-cookie spy for MI6 who is forced to partner with a Berlin station chief played by James McAvoy. You’ll be paying attention more to the fact that Theron has never been more badass, and yes, I’m saying this only two years after her Imperator Furiosa stole Mad Max Fury Road from under Tom Hardy. McAvoy is distracting as well in a good way, combining a touch of sly wit under his gritty, untrustworthy character.

I’m a sucker for any film that dedicates its entire soundtrack to 80s new-wave and post-punk, and Atomic Blonde gets a lot of its strength from just that gimmick alone. Compared to the also premiering Baby Driver at the Austin fest, Blonde is more authentic in its use of 99 Luftbaloons during an interrogation or my now favorite use of Father Figure outside of Keanu. Combined with an often eye-popping set production design, that has one foot in Michael Mann’s Thief and another in William Friedkin’s French Connection, there’s a lot to worship.

Focus Features released a restricted trailer back in March that gives a little taste of something that I hope most audiences discover themselves without spoilers.  Opening with the moody, platinum blonde Theron cocking her gun in a dirty, shaky elevator to a slowed down cover of New Order’s Blue Monday, the action starts up the moment the doors open. “How do you feel, to treat me like you do?” echos over just a minute and 13 seconds of a single take fight between our hero and her bad-guy assailants. Out of context, and without the full intensity of the seemingly endless violent sequence, it’s a sampler. As are the dry, humorous one-liners from her supporting cast or the hinted at relationship with Sofia Boutella’s French operative Sandrine.

I get the eagerness of the studio to showcase the goods, and I love the trailer’s meticulous edit of every punch, kick and gunshot to Queen’s Killer Queen. Focus may have a Blonde franchise in their future (Johnston’s most recent book is a prequel), and they’re trying to secure that the film opens big on July 28th.

Frankly, Atomic Blonde may be even more of a teaser itself for David Leitch’s Deadpool 2 than the stuntman turned director’s short film before Logan. The dude knows how to form a fight, and should be on the short-list to direct the next Bond.

For all of its skillful style, Atomic Blonde still seems about one action sequence short, but that’s like asking for too much of a good thing. The plot is merely a breather for the more intense adrenaline-fueled fracas.

None of it’s MacGuffins matter, as long as you’re ready for the ride.