Here are some comic books I checked out.  Let’s see what interests you! 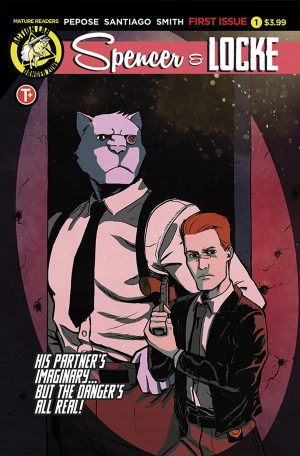 This is a nice tightly written comic book with some spectacular art. You can’t ask for better than that!

This comic book is creative for sure. It involves a cop coming back to the big city to solve a crime with the help of his childhood best friend. It’s a wacky concept and I love wacky concepts. Pepose handles the writing with style and charm. The characters are wonderful, and well developed. I enjoyed reading it from start to finish.

The art is pretty freaking sweet too. I have never heard of Santiago but he is a star. His art is just fluid. If you’re looking for a new book that you may not have heard of, this is it. It’s great. 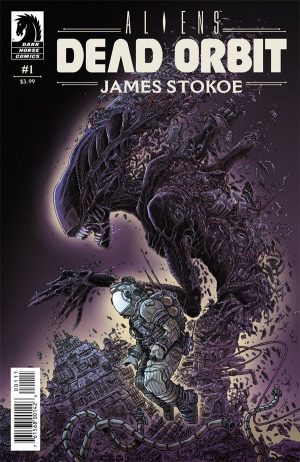 This is a new Aliens book from those wacky guys and gals over at Dark Horse. I used to read these religiously.

My interest has sort of waned over the years. When I picked this up, I was eager to see if it would be any good. Maybe it would be nostalgic for me.

The book isn’t bad. It’s just a little too familiar.

An accident happens at a space station. What could it be?

Aliens. That pretty much sums up the book.

Stokoe is a pretty decent writer and a really great artist. The book has a nice anime feel to it too.

I liked it. It’s a solid book. It’s just nothing new. 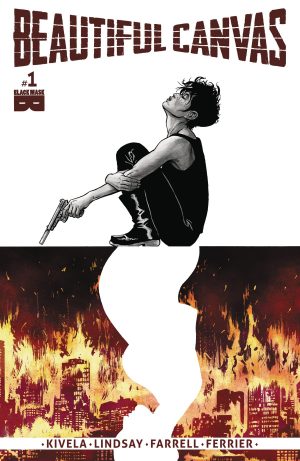 It’s been a little while since I’ve read a comic book written by Ryan K. Lindsay.

He’s one of the most underrated comic book writers in the industry. Don’t believe me? Pick up a book with his name on it. It’s guaranteed to be good.
Lon Eisley is a hitwoman who is hired to murder a small child. She decides to instead save the young child. This makes her boss very angry. Action and intrigue follow as well as a ton of emotion.

It’s a dark premise and Lindsay handles it well. His writing only seems to get better. The art is awesome and fits this story well.

Black Mask is a publisher you should put on your radar. Recommended. 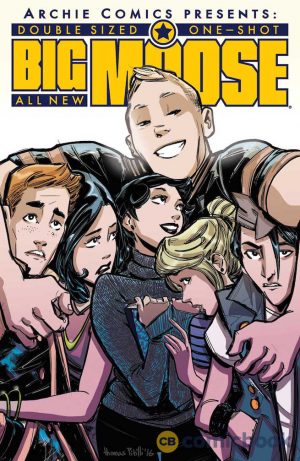 By gum, I really love Archie Comics. They have literally turned their entire line around in the past few years. This is no different. It a joy to read from start to finish.

This issue follows the further adventures of the character Big Moose. It’s a funny book from start to finish. The whole book is comprised of little story segments.

The first one is called “Moose Vs. The Vending Machine” and it’s a scream.

Sean Ryan does a great job writing this book. I love Cory Smith’s art as well. It’s expressive and full of joy.

Pick up this book or any of the Archie books. They are all awesome. 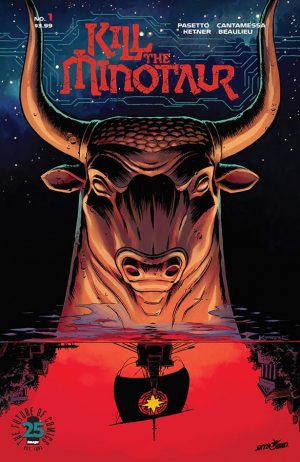 I’m not so sure what to make of this comic book. It’s certainly got a lot of hype behind it. It’s well drawn and the writers have a ton of street cred.

I was just bored from start to finish.

In this story, Athens lost the war with Greece. Now they pay tribute to the King by making human sacrifices to run in a labyrinth.

What’s in the labyrinth? Why, a mighty Minotaur!

Maybe I’ll pick this up when there are a few issues out. Maybe I’ll like it better when there’s more of a story.

For a first issue this seemed lacking. I wanted to like it but just couldn’t.