It’s Friday so let’s take a peek at some trades that you should be reading! 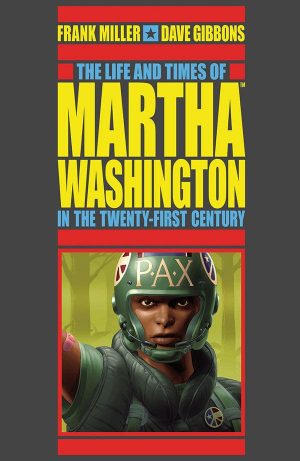 Man, this is one of my favorite comic book series ever. I grew up picking Give Me Liberty off the shelves and I was immediately hooked to the exploits of Martha Washington(not George’s wife, but rather a young black girl in a near future) Martha’s adventures took her from humble beginnings in the streets of Chicago to deep outer space.

Frank Miller has never written a more emotional tale as he does here. He and Gibbons spent twenty years chronicling her life story and it starts from her birth and goes all the way to her death. It’s full of action, excitement, and heart. Martha’s life through the second Civil War is one you won’t forget.

The artwork is amazing. Dave Gibbons is at the top of his game here, especially the early chapters. His work is up there with the work he did on Watchmen. Truly excellent stuff.

You need to own this. You’re not a comic book fan if you don’t. One of the best comics ever made. 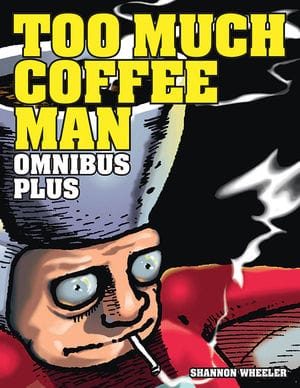 I love Too Much Coffee Man. I love it so much that a few years back, I actually talked to Shannon Wheeler about producing his Too Much Coffee Man Opera (I do theatre as well, and freaked when I heard there was an opera of this) I still might, if time permits and if I have the resources.

However, right now, you should go pick up this incredible tomb.

The title says it all. This is Wheeler’s semi – autobiographical take on his life. It’s funny. Like really funny. It’s also incredibly smart.

Through these strips, Wheeler asks the big questions about the world we live in. He also offers possible solutions.

All of which are hilarious, smart, and painfully real. You’ll be hooked on this like a favorite cup of coffee.

Wheeler is one of the best we have. Pick this up to see where it all began. It also has a new story which is worth the price of admission alone. Tops. 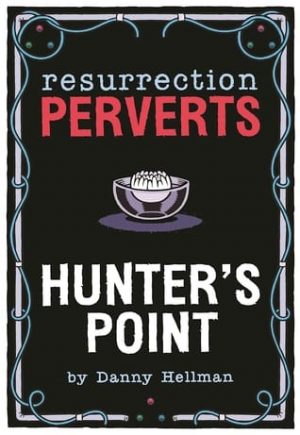 This book wasn’t my overall favorite of the week. I guess the idea of it, is that it’s one panel per page (like a smartphone screen). The problem is is that format doesn’t lend itself too well to the graphic novel form.

I do think Hellman has a really great way of writing dialogue. I just wish he knew how to push his story forward better. The art is okay but doesn’t thrill. It’s not terrible. It just wasn’t for me. 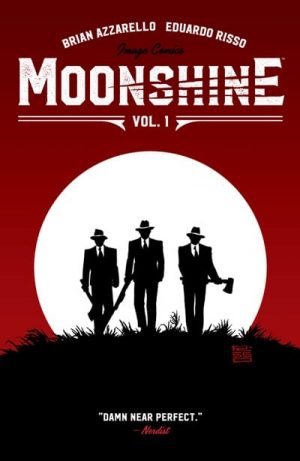 I  just reread 100 Bullets. I liked it enough. However, I liked this a hell of a lot more.

Sure this book only collects issues 1 through 6, but it’s a lot more interesting, a lot deeper, and a lot more thrilling than this team’s previous collaborations and that’s really saying something.

Moonshine takes place during the Prohibition. Lou Pirlo has been sent by his gangster boss to the best Moonshiner in West Virginia to score some alcohol from Hiram Holt. But Holt’s got one of those family secrets. Yes, the bloody kind. No, I’m not spoiling it.

This book is fantastic and strong. Azzarello is at the top of his game. So is Risso. They work perfectly together to create one of the best books in recent times.

Pick it up. You’ll be hooked, I guarantee it.