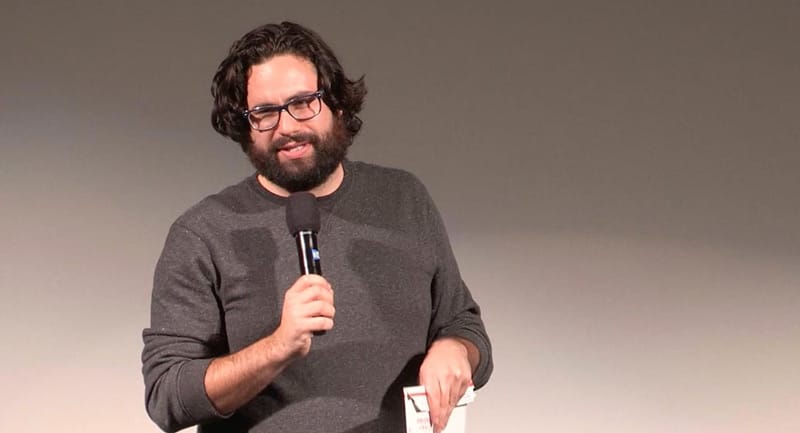 Brett Haley’s newest feature The Hero tells the story of a Western movie icon who, due to a health scare, has to come to terms with the way he has spent the time since his most famous role. In doing so he better values the time and relationships he has left.

FOG! spoke with the writer/director about creating a starring role for his close friend Sam Elliott, the never-discussed age gap scenario, and why we need to stop putting actors in boxes.

FOG!: You have become quite close to Sam Elliott since I’ll See You In My Dreams. How did it feel when you knew it was confirmed, that you could personally give him one of the greatest gifts an actor could receive (their first leading feature)?

Brett Haley: Well I felt great because I was a huge fan of Sam’s and Marc (Basch, my writing partner) and I wrote this script specifically for him. It certainly wouldn’t have felt good if he would have said “thanks but no thanks,” but he said “yes” and loved the material and jumped right in and of course, I felt extremely lucky that I was going to be the filmmaker to put Sam in a big, lead role in which he was in every scene, so it felt really great.

The awards show scene was one of my favorites, and brings up a great point about placing stars on pedestals. Was this more of a reminder to actors or audiences about who really holds the power as gatekeepers of success?

The movie is about embracing and accepting the impact that you’ve had, and I think that the awards scene that Lee definitely embraces the impact that he’s had on these folks.

So many times nothing is said to address the age gap between a young attractive woman in a film and her older male partner, but you included multiple scenes unpacking that fact. What did you hope to illuminate?

I definitely wanted to change the narrative on the tropes and clichés surrounding older men and younger women in movies in Hollywood. I think that you have to acknowledge it and that it’s the specificity between the characters. The specific one of Charlotte, played by Laura Prepon and then Lee, played by Sam – she is mysterious, we’re not sure what she’s after or what she wants from him or if we can trust her, and I think it’s really fun to play with that and then call out the obvious which is the age difference. I wanted to keep that relationship fresh and surprising and honest and true and not just have it be a given that the young, beautiful woman ends up with the older guy, but rather earns it, and make it specific.

This is the second film you co-wrote with Marc Basch. Were there any key differences in this second time out, especially as you were writing specifically for someone you both know?

Marc and I work the same way, most of the time. We have a system that we write back and forth and pass pages between each other. We obviously both know Sam well and were thinking of him, but we weren’t thinking of pleasing him or anybody else. We were just writing from the gut and working together so it was a similar experience. I do enjoy writing with Marc a lot.

The film feels like a love letter to not just Elliott but to all the stars who have more left to give than they may get chances to offer. What would you say if you could talk to this group directly?

I would say “I’m sorry” in some way. I would say that I think that we as a society and a film-going public like to keep actors in boxes and keep them in the roles that made them famous, or in roles similar to the ones that made them famous. Most actors do have more to give and can do other things. I think it’s always nice when you see a dramatic actor do a funny role or vice-versa.

I try as a director to give roles to actors that maybe they normally wouldn’t get. I think it brings out the best in actors.

The Hero is now playing in limited release.