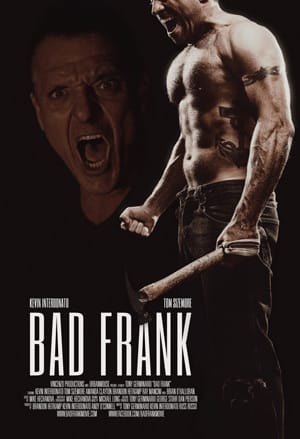 Frank Pierce is a former criminal who gets drawn back into the criminal underworld.

One night he is a witness to a crime he objected too and seeks to contact police and turn in Mickey Duro for the crime.

Unfortunately for Frank, Mickey gets word of the phone call to the police and this kicks off a dangerous back and forth between the two.

Bad Frank is a well-written crime thriller that has a plot that was properly thought through and characters who perform believable actions based on well-established motivations.

Co-writer and director Tony Germinario has crafted a solid thriller with an engaging central character on a budget the fraction of the typical Hollywood release.

The film also features an impressive cast featuring Tom Sizemore and boxer Ray “Boom Boom” Mancini, but it is lead actor Kevin Interdonato as Frank Pierce who really stands out as someone to watch.

Bad Frank is a solid thriller which will entertain and excite and is well worth checking out!