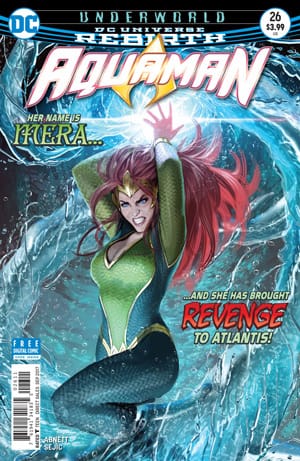 I’m amazed at this title. It was at a place that slowly was getting better issue after issue. Then issue #25 came out and, pardon the pun, the creative team blew it out of the water.

This has turned from a solid book to one of the best on the stands and that is due to the top notch creative team.

This is part two of the “Underworld” storyline. King Rath is very angry! He finds out Aquaman is still alive in the slums of Atlantis and this does not sit well with him!

Aquaman runs and hides from King Rath’s Secret Police and then meets someone who is also on the run from them as well.

This is a bold new direction for Aquaman and I’m impressed.

Abnett has taken the writing up a notch. Sejic also has finally given this book the strong visual identity it has always needed. Pick this up. This is a book that has morphed into a “top of the pile” reading experience. 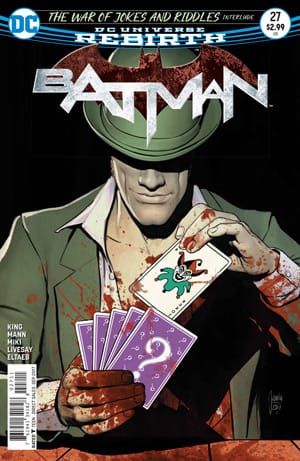 Tom King is making his masterpiece on the Batman title these days. This newest storyline, “The War of Jokes and Riddles” is something great. King has finally come into his own here. He does a great job just by writing in his style and I can’t say enough about it.

This is an interlude from the storyline and it works. The issue is called “The Ballad of Kite Man” and it’s a strong interlude.

This focuses on Kite Man, and his rise to be a super villain. King could have made it goofy but it’s decidedly not. Its rather emotional and it draws you in.

Clay Mann is one of my favorite artists currently working. He’s incredibly underrated and makes consistently great artwork. The storytelling is unbelievable.

Pick this up. It’s awesome. 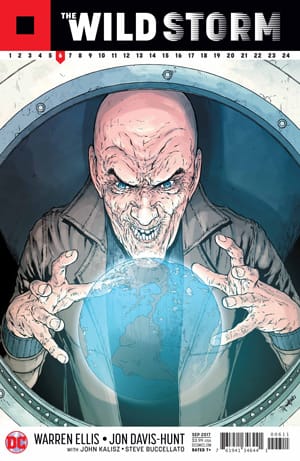 This issue concludes the first story arc of this title. It’s been an amazing ride thus far. This reinvention of the Wildstorm universe has been thrilling. This issue continues in that vein.

Michael Cray(Deathblow anyone?) has refused to kill an innocent person.

This leads to a hell of a situation for him.

Angela Spica meanwhile is starting to discover that people in this world may not be people after all. This is all leading to a crazy confrontation that will shock the reader.

Ellis is a master of the weird at this point and this title is indeed weird. It’s a good time though. He writes with a bent look at comics and I just love it. The art is tops.

This is one of the best debuts of the year for sure. 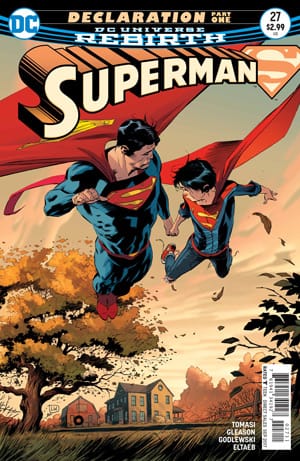 This is another great issue of the Tomasi/Gleason Superman run. In it, Lois gets a camper and decides to take the family on a vacation. That vacation involves going to different places in America and spending time there.

It may not seem like a standard heroic tale but that is part of the point. Tomasi and Gleason have turned this Superman into one that is relatable, full of joy, and all together human.

I love picking this up and following his adventures now.

My favorite bit here is when they go into the town of Sharon Massachusetts. Sharon is my old stomping ground so it was nice to see it included. It was also nice to see the writers really think out their story.

Pick this up. It’s a classic run. 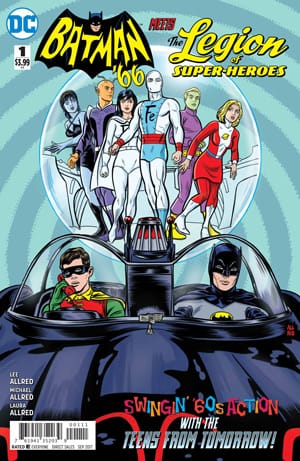 It’s another all Allred affair from DC Comics. This is a great issue and I just loved it. Lee Allred has really come into his own as a writer and in this book he just nails it.

So the Batman from 1966 does just what the title says: He meets the Legion of Super-Heroes!

Batman is chasing the time traveling villain Universo. Then, his nemesis Egghead steals a time bubble and Batman travels to the future.

And…it’s nuts. And I loved it.

Mike Allred is definitely the artist for this. He does what he always does: he draws his Comics in a fun way. The whole thing is just plain awesome.

Pick this up. It’s a good time for sure. 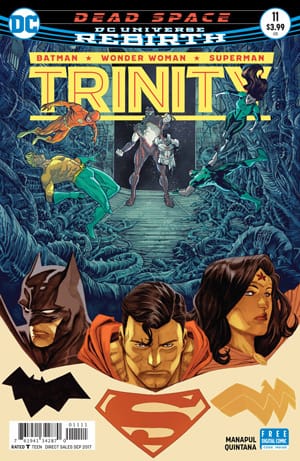 This title is less thrilling than the other ones reviewed here. I just don’t feel Manapul is a compelling writer. He’s a compelling artist for sure. The writing however leaves me cold.

This is part three of the “Dead Space” storyline.

Batman, Superman, and Wonder Woman have to defend the Watchtower from the Justice League and a bunch of aliens.

Some people like this book. I feel it’s okay at best with a ton of room for improvement. I hope it turns around but at this point it’s unlikely. 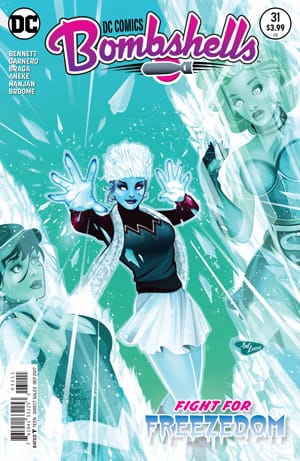 I hadn’t heard of this title until last month and it was already 30 issues in. So, I picked it up not knowing anything before.

It’s not bad, it’s just hard to get into as a new reader starting out. Still, there’s a lot to like.

The selling point here is Bennett’s writing. She’s a solid writer who intrigues the reader. I especially like her take on Supergirl.

In this issue, Supergirl can feel her father is still alive, and joins Harley’s traveling circus, where Power Girl and Superman have now become part of the show.

Bennett keeps it interesting throughout. The art is decent as well. I just wish it was more accessible to new readers.  Still, it’s readable and I was able to get some enjoyment out of it. 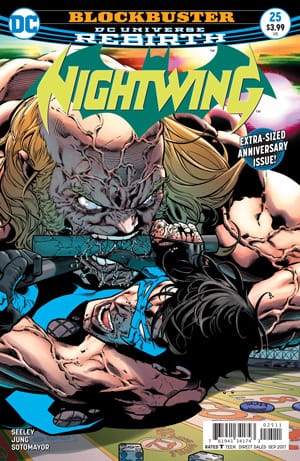 It’s another issue of Nightwing. That’s the best I can say about this issue.

I’ve been saying for months that Tim Seeley needs to take a break from writing this title. This issue it really shows too.

This issue is part four of the “Blockbuster” storyline.

In this issue Nightwing combats Blockbuster in a battle of wits and strength. It’s hard to get through. It’s especially hard because it’s an oversized issue.

Seeley’s writing is subpar these days sadly. He needs to take some time and recharge. The art is fairly generic on this issue. It feels kind of rushed.

That makes me sad because Nightwing is a great character and this could be a top tier title. 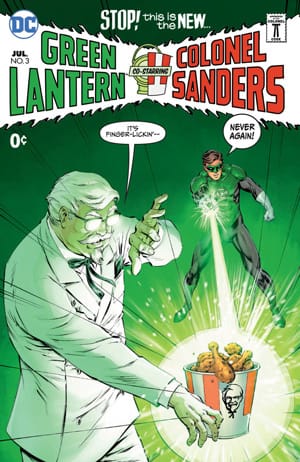 Green Lantern teams up with Colonel Sanders. This is the third comic featuring the Colonel mixing it up with DC heroes.

How is it, you ask? Well, it leaves you with the same feeling as if you’ve had too much KFC: It’s completely stomach churning.

Green Lantern and the Colonel team up for some godforsaken reason. I basically read this issue with my mouth wide open like I just experienced some unknown trauma.

I just couldn’t believe my eyes.

Even worse, the writer and artist are completely talented individuals. Hopefully they made a buck on this.

The only thing this comic book succeeds in is making me never want to eat KFC ever again.

And that, my friends, is a healthy thing indeed.