Skybound editor Sean Mackiewicz joins us today to talk about his latest writing project, Gasolina, from Image Comics. The desert drug lord adventure comic is already off into some interesting and somewhat scary places. Sean tells us what makes Gasolina burn so bright before the first issue hits the shelves later this month on September 20th.

FOG!: Sean, you’re known for your Skybound editorial position. What inspired you to shift gears and get behind the writer’s chair?

Skybound’s been very encouraging in allowing employees to pursue creative projects outside of their main job, and I just couldn’t shake this idea. Doing a modern-day western with incredible vistas and gun fights against cartels armed with some truly gnarly “weapons”… and balancing it with newlyweds just trying to navigate and survive this messed up situation? I like challenging myself.

You can really feel the sand hitting your teeth with some of these pages! That’s another way of saying the art team of Niko Walter & Mat Lopes is tremendous. How did you assemble the team?

Niko brought his portfolio up to me at Wondercon years ago, and his samples were so strong I hired him to draw a miniseries for us, Demonic. I love his storytelling, so he was my first choice to draw Gasolina. He always improves my script with his shot selection, and nails every cover concept. Mat was recommended by one of the best colorists in the industry, Matt Wilson (Wicked + Divine). Matt really nails the tone and textures, and his fire just sings on the page.

Our main characters Amalia and Randy have had a rocky and dangerous past. Will we learn more about them as the story progresses?

Of course! The story begins with them about to celebrate their first wedding anniversary, and there are a lot of clues dropped in the first arc about what they’ve been up to in that year, how they earned their reputations as El Doctor y La Asesina (whether deserved or not), and who they were before they met. They still have a lot to learn about each other, and sometimes the reader is learning those secrets at the same time. 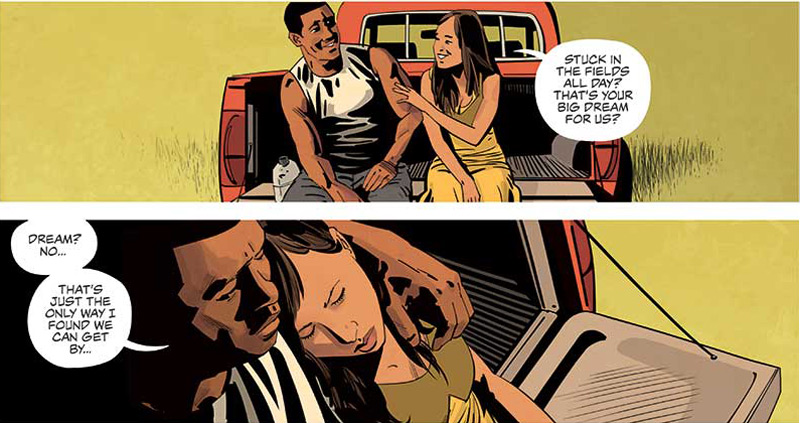 Gasolina is part crime story, part horror. Can we expect this book to go to some dark places?

As editor of The Walking Dead, I’ve learned to embrace dark place. I think that’s clear by the end of the first issue. Amalia and Randy are facing an incredibly disturbing cartel, Los Queridos, who have uncovered horrific “tools” to kill civilians and other narcos. The end of the first issue definitely sets the tone, and every issue after shows how good Los Queridos are at killing, creating a tremendous amount of strain on these newlyweds to step up and protect those around them… when the smart thing to do is never stop running.

Without spoiling this for any potential new readers, what can you tell us about the cartel that Amalia and Randy are facing?

Los Queridos are relatively new to the state of Veracruz, and worship a god of unknown origin, La Querida. They’ve primarily been targeting their rivals, to gain more territory, but now they have their sights set on something else, which brings them into direct conflict with Randy and Amalia. 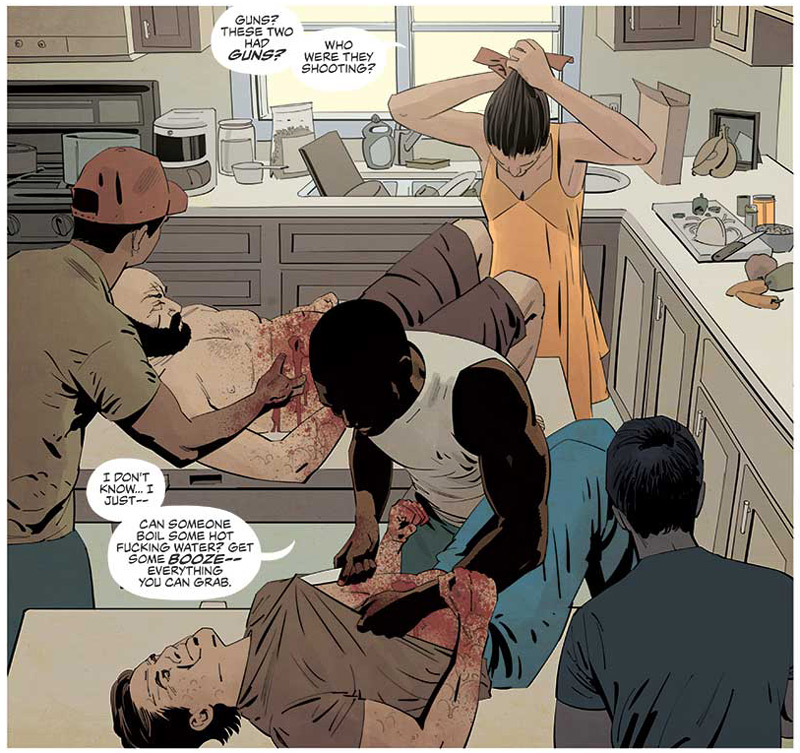 Is this an ongoing or limited series? Are you going to chase that Invincible number?

This is an ongoing. I’ve already written 12 issues, Niko’s drawing #10, so we’ll be monthly and on time for the foreseeable future. 144 issues of Invincible is overwhelmingly impressive, but we’re more focused on building this one issue at a time, giving folks something thrilling to read, so that they crave that next issue, and hopefully make them cry from time to time.

Image Comics just hit the 25 year milestone. What’s the best part of working and publishing books at Image for you?

The creative freedom. It’s unmatched. The best creators are published at Image, creating comics that are personal and impossible to put down. Overseeing the Skybound imprint these last five years has been the high point of my professional career, and it’s humble that 25 years after the Image founders set this in motion, I’ve gone from a fan reading WildC.A.T.s to creating Gasolina on my own terms. 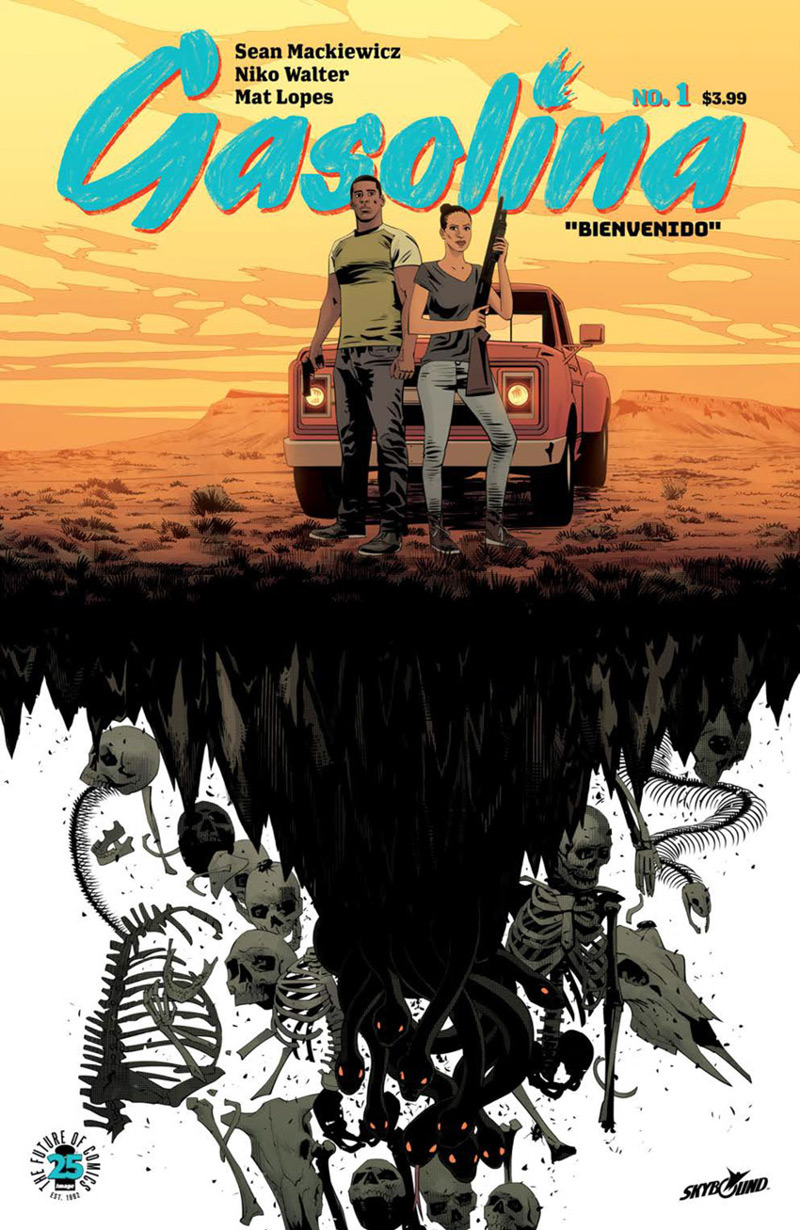