I hope everyone had a nice Labor Day! September begins with quite a bang this week!

Here are some comic book reviews! 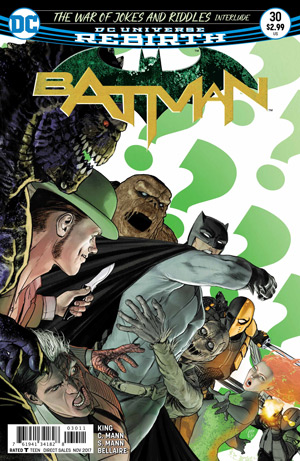 This is another interlude for the storyline “The War Of Jokes and Riddles.” It is a good issue, although I do wish they would get on with the storyline.

Still, this is very strong and I very much enjoyed it.

This is the second part of the interlude “The Ballad of Kite-Man” and in this issue, Kite-Man loses his crap.

The whole thing drives him bonkers and he loses everything.

King has really stepped it up for this storyline. It’s a damn fine read. The art by Mann is great.

I am glad he is on board with these interludes. A good issue in a soon to be classic storyline. 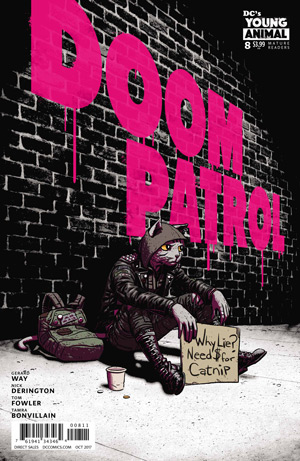 There is no better comic book in the marketplace right now than Doom Patrol.

Everyone is obsessed with S**t.

Everyone is eating it and cannot get enough of it. Casey loves it. Cliff can’t stand it.

He’s actually naturally suspicious about this stuff. So he decides to investigate. Then a bunch of other strange things happen.

The story is great and the art by Derington is tops. He’s one of my favorites. His work is so good I actually tracked down all his work in comics.

Put this all together? You get one of the top books out presently. 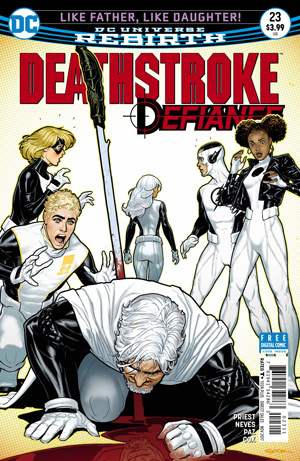 The “Defiance” storyline rages on over at Deathstroke.

This issue actually cracked me up although I know it probably shouldn’t have. Why? Read on!

Deathstroke has been leading a team recently. The reason I cracked up is because now the team is falling apart.

What did anyone expect?

Of course it was going to fall apart!

Basically in this issue, a cruise ship is taken hostage. It’s up to the team to stop it.

Priest is a great writer. He turned this simple idea and made it awesome. Sure you know what’s going to happen. But he makes getting there an amazing journey.

Pick this up. One of the best books on the market. 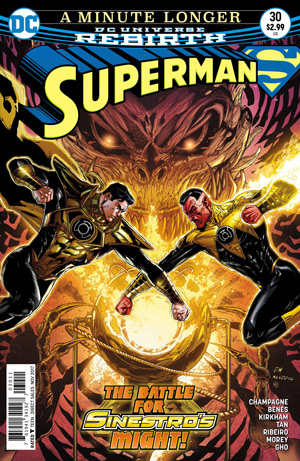 This is part two of the “Fear Itself” storyline!

What we have here is a typically strong issue from the reliable writing team of Tomasi and Gleason. They have a great feel for the Man of Steel.

Superman is needing some help from Sinestro. There is a battle on the world of
Apokolips. The lords of the dreaded world battle each other to claim the world as their own!

It’s a crazy battle! And how does Lex Luthor fit into it all? Find out here!

The art by Manhke is very good. He works very well with the writing as he usually does.

Superman is getting hotter as the storyline “The Doomsday Clock” gets closer.

Pick this up. It’s good! 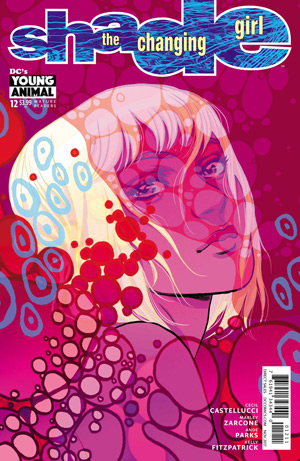 This has been a delightful read thus far.

This issue takes place in Hollywood and it instantly brought a smile to my face.

Castellucci has a way of making the writing breezy and emotional at the same time. It’s rare and wonderful.

In this issue, Hollywood is under attack from the Metans. Shade must evade them and try to also stop them. It’s a basic premise that has bits of excitement in it.

Then, it becomes moving.

The art by Zarcone is wonderful. Every panel is lovely. The storytelling is top notch through and through.

Pick this up. It’s a great read. 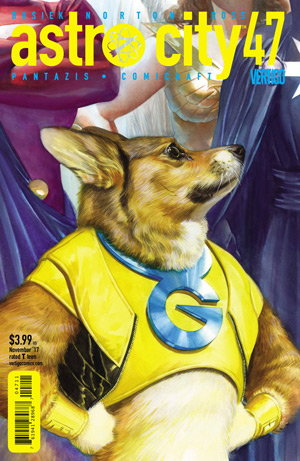 I enjoy that Astro City is still coming out.

Kurt Busiek is one of those classic writers who is still working in the business. His skill might have faded in the last few years but he still has charms to him.

This issue was a tad silly too, but I enjoyed it enough.

This issue focuses on G-Dog who is half man and half dog.

I kid you not. Which side of him is more in control? The answers may shock you! We learn his secrets and such in this issue.

It’s completely bonkers, but Busiek holds it together enough.

The art by Mike Norton isn’t my favorite. Compared to the art of Brent Anderson this almost looks too cartoony.

Still, it’s a decent enough read. A solid B- for sure. 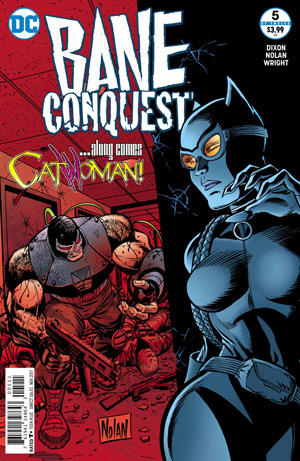 So the Bane miniseries keeps on trucking along with this issue. It’s loud, kind of stupid, but a hell of a lot of fun.

Nobody writes action like Chuck Dixon. I can’t help but smile with glee with what he comes up with sometimes.

Bane has to fight Catwoman in this issue. The reasons why aren’t very strong. But who cares? It’s nicely choreographed and well drawn.

Seriously though, they have a common enemy that they should be fighting together. Can they get over themselves in time?

The art by Nolan is good. I hope he keeps drawing Batman or Bane when this series ends. I like his artwork.

Pick this up for some good old fashioned 90’s action!