If you’re a Disney fan like me, you know that Disneyland Records has released a number of soundtracks to their attractions over the years.  Carrying on that tradition, three picture discs are now available from the Disney Music Emporium, the official headquarters of Walt Disney Records.

All three records are fantastic nostalgic souvenirs, and their vinyl pressings bring out a lot of the detail missing in previous CD releases. Highlights of note: It’s A Small World contains a megamix for those of you that need to get the tune stuck in your head a little longer, Pirates of the Caribbean has the complete Disneyland ride from start to finish on side one, and Haunted Mansion has four creepy source tracks, including a really creepy music box version of “Grim Grinning Ghosts.” 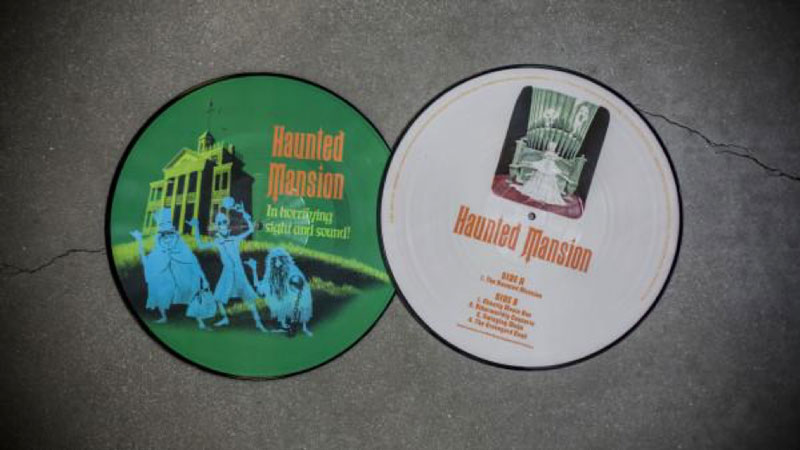 This frightfully collectible picture disc vinyl features the Disneyland attraction poster art designed by Ken Chapman and Marc Davis in 1969. Grim, Grinning Ghosts come out to socialize and enjoy the music from the attraction including The “Haunted Mansion,” “Ghostly Music Box,” “The Graveyard Band” and more! 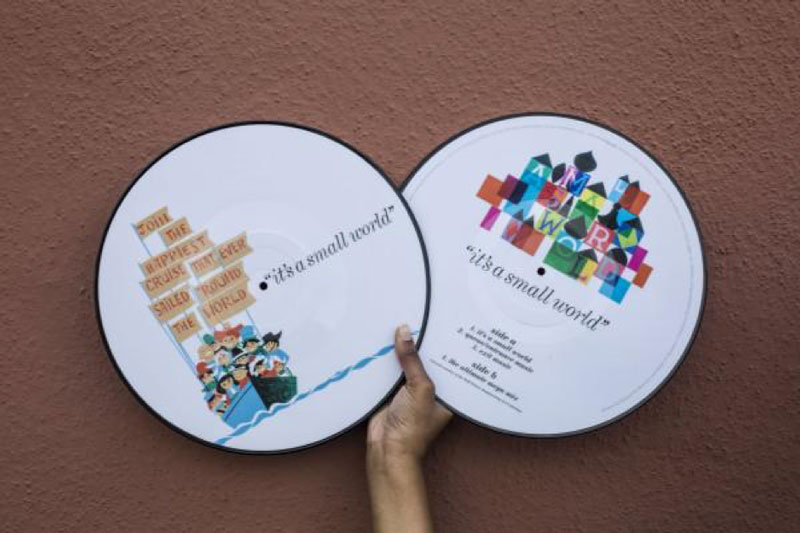 Join children from the around the globe as they joyously sing together a song of peace and kindness. This collectible vinyl picture disc features classic attraction poster art designed by Paul Hartley in 1963. Memories of your happy voyage will be complete with original music composed for the attraction by the Sherman Brothers including the iconic “It’s a Small World”.

Pirates of the Caribbean 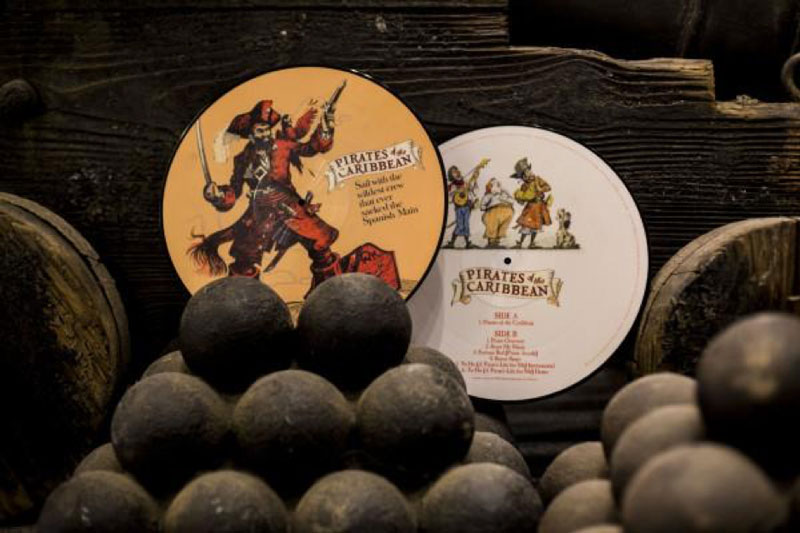 Set sail and celebrate the 50th anniversary of the Disneyland attraction with this collectible vinyl picture disc features classic attraction poster art designed by Collin Campbell in 1967. Make your buccaneer adventures complete with music from the attraction itself including “Yo Ho (A Pirate’s Life For Me).”