It’s Friday and it’s time for the weekend! But first, here are some comic books to get the weekend going! 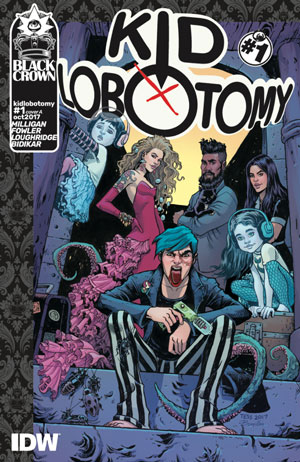 Peter Milligan is a classic comic book writer who has always produced good work. Yet, he isn’t as widely recognized as some other writers. I’m not sure why that is but his latest, Kid Lobotomy, is a joy. It’s a satire and it works on another level, like most of Milligan’s work does.

Big Daddy, one of the main characters, works in the book as an almost King Lear type of character. He appoints his youngest descendant known as The Kid a chance to manage a hotel called The Suites.

The problem is The Kid has a crazy past. He decides that he can now do lobotomies (I kid you not).

The story is a ton of gruesome fun. The art is good as well as I love Tess Fowler’s work. Pick it up.

This is definitely worth taking a closer look at as the series progresses. 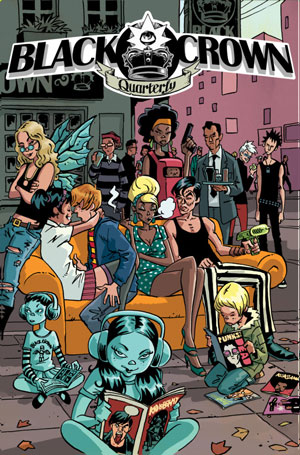 This is a primer that gives a in depth look of the Black Crown universe (of which the above Kid Lobotomy is part of). It has new recurring stories and a preview of upcoming stories.

I enjoyed what I read and can certainly recommend checking this line out.

The best story in this issue is the first one which is “Tales from the Black Crown Pub” which was quite fun.

In it, a barmaid tells a story. The story is so weird and nuts I couldn’t help but love it. It’s a nice introduction to the Black Crown imprint in general.

The whole book is full of creativity.

I love that. It’s super cool and very punk rock. I would say pick this up.

You will be hearing more from this line in the very near future for sure. This is good stuff. 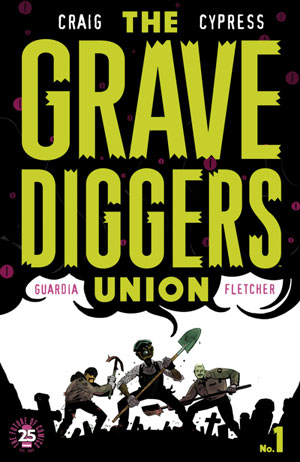 Wes Craig is quite a talent. He is a hell of an artist on the title Deadly Class. In this title, which is debuting under the Image label, he is the writer. He also supplied a little artwork for this as well.

It’s not a bad debut, but I found the story a bit lighter than I would have hoped.

The supernatural world has gone crazy!

There is an upcoming apocalypse and guess who has to stop it?

You guessed it! The Gravediggers Union!

They have to fight vampires, storms, zombies, and a bunch of other nuts to try to save the world.

Their leader Cole has to find his daughter, but is she the one behind this upcoming doom? Find out here!

The writing as stated before is a tad light. The art by Cypress can be an acquired taste. I like it but I can see it being a bit off putting to some.

Still, I would like to see where it goes. Hopefully it picks up. 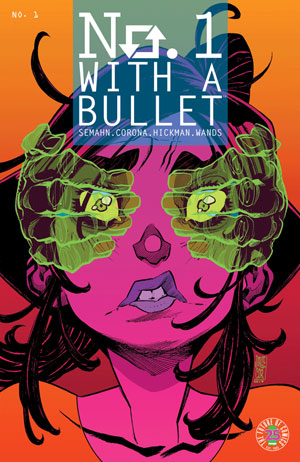 No. 1 With A Bullet #1
Written by Jacob Semahnl
Illustrated by Jorge Corona
Published by Image Comics

Image gives us another interesting debut this time around.

They really are at the forefront of the industry in getting new comics and ideas to the forefront. This was very different and I liked both the concept and the execution.

The book focuses on Nash Huang who is at the top of her game on social media.

A new piece of technology threatens to destroy her life. Then, the bodies start piling up and the sheer terror starts happening!

The writing by Semahn is very strong. The art is clear and concise and strong as well.

This team did the book Goners before this and that was good. This book looks to follow suit. 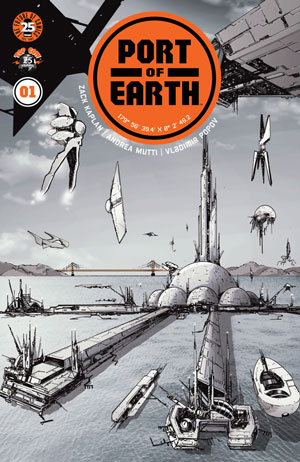 I wanted to like this book a lot more than I did.

The writing isn’t too bad and the art by Mutti is very good. It just felt very clinical and cold without a hint of warmth. I wish it were better.

The aliens have made their way to earth. They aren’t invading it though!

Oh no. It’s for a business deal! The deal is that if the earth opens a spaceport then they will give over advanced technology. But when alien visitors decide to break the Port law and cause chaos, it’s up to the Earth Security Agents to hunt them down and bring these perps down.

It’s not very thrilling. Kaplan does the best he can on the writing. The art by Mutti is good but doesn’t make this rise up either.

The whole thing is just okay. Time to move on. 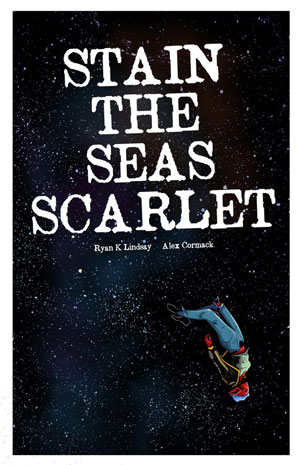 Ryan K. Lindsay is one hell of a passionate comic book creator. Here, he takes to Kickstarter to create a “spacesuit noir revenge.” I loved it. My only problem with it was that it was much too short.

The whole story is about an alien woman who is betrayed and left to die in space. While she is there floating, waiting to die, a spacesuit comes her way. It bonds with her. Then, it’s revenge time! She goes off to find the spaceship of her oppressor and take them down.

It seems like a simple 22 page story. Lindsay makes it more than that.

The writing is strangely topical and relevant to today’s times. There’s a lot more going on beneath the surface than just a revenge tale. Lindsay uses every panel of the book to deepen his characters.

Cormack is going to be a star. The art is spectacular and visually stunning. Together they create one of the most unique and compelling books of the year. It’s worth pledging right now on Kickstarter! 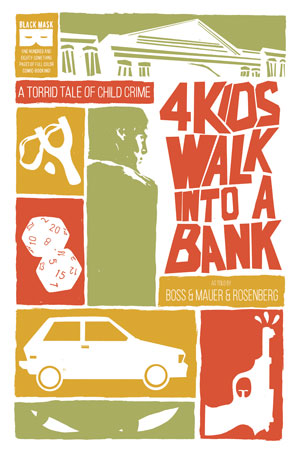 One of the best limited series of the year finally gets it’s trade paperback. This was like a Wes Anderson film put into comic form and I loved it.

Rosenberg is a hell of a writer and this is the series in which he struts his stuff and shines.

11 year old Paige and her group of misfit friends have a bit of a problem. Her dad is being roped into a heist by a bunch of moronic ex-cons. To prevent this, Paige decides to perform the heist herself with her friends.

What follows is a adventure unlike any I’ve read. It’s funny, sweet, and has a a likable cast.

The story is wonderful and the art by Tyler Boss is very good. They work so well in tandem with each other. Pick this up.

It’s one of the best comics of the year and it’s guaranteed to put a smile on your face.