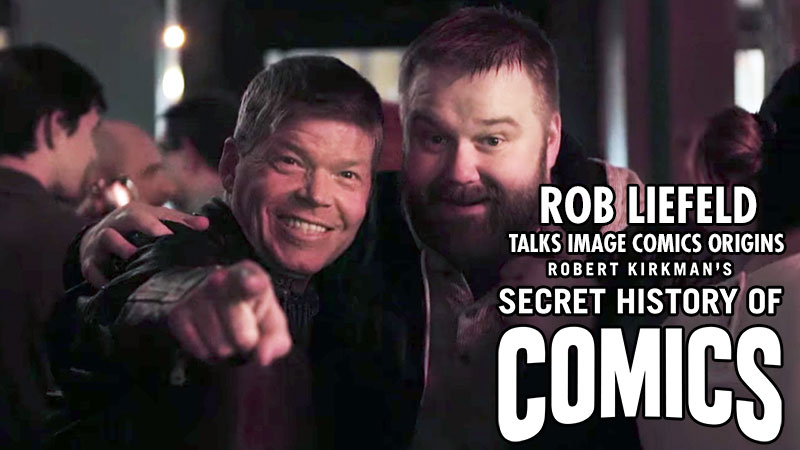 The Walking Dead creator Robert Kirkman’s documentary series Robert Kirkman’s Secret History of Comics concludes on AMC with Image Comics: Declaration of Independents, shedding light on the dawn of Kirkman’s current house of ideas, American comic publisher Image Comics. Founded in 1992, The creator-owned vision of the company founded by industry rock stars Todd McFarlane, Jim Lee, Whilce Portacio, Marc Silvestri, Erik Larsen, Jim Valentino and Rob Liefeld changed the way the business of comics works. Affectionately known as “The Image Revolution”, this industry coup skyrocketed Image books to the top of the stack and the Image founders a place at the table with The Big Two.

We’re honored to talk to Image Comics founder Rob Liefeld about what you can expect to see on AMC tonight.

Liefeld’s comic creations are well known but Rob holds the distinction of having the first comic published by the twenty-five year old independent comics publisher, Youngblood #1. 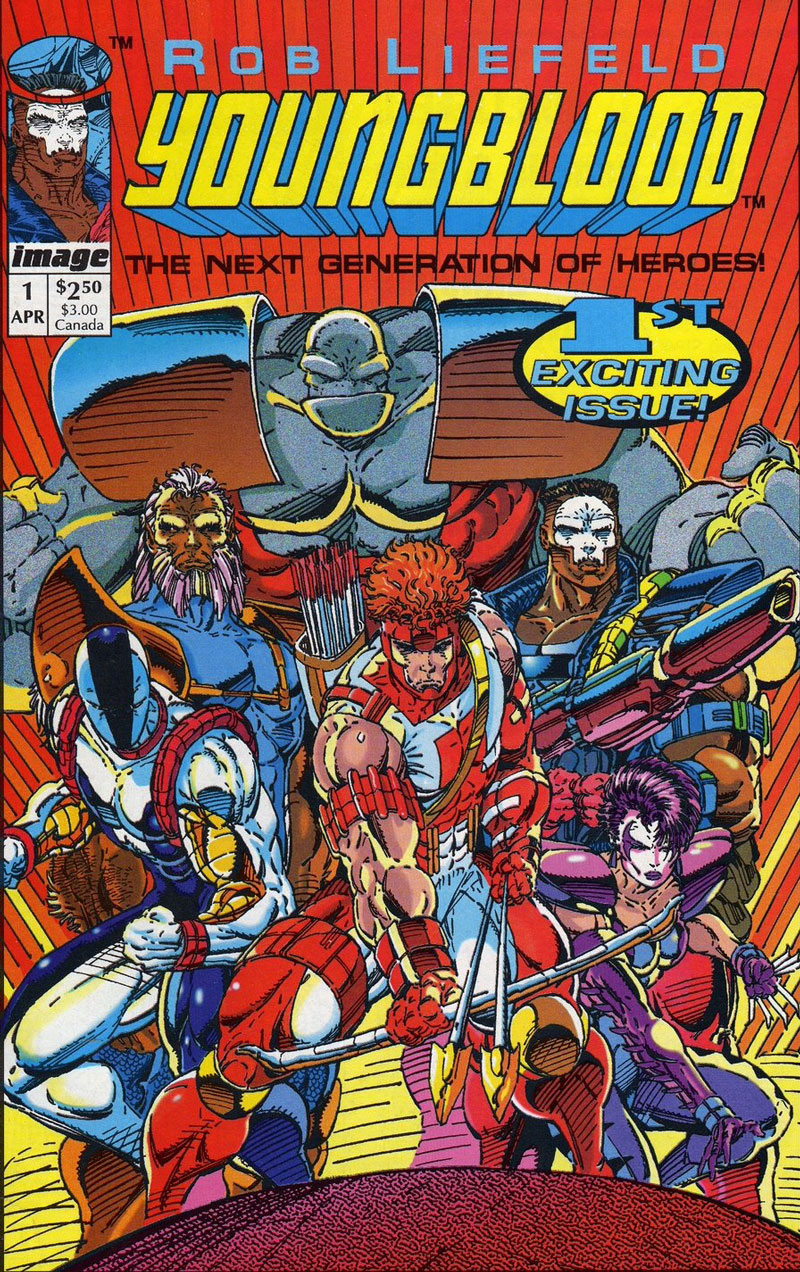 FOG!: Thanks for joining us, Rob. How are you enjoying the series so far?

Rob Liefeld: It has shown greater detail than people have come to expect from these kinds of shows so it’s so nice, it’s really, really nice.

When we come around to your episode, we get around to the formation of Image Comics. For many of us, that’s when we became comic book fans. What you and Todd and the guys came up with for Image was just spectacular. Those must have been some pretty crazy times back then.

Yeah it was a lot of fun. It’s great looking back and twenty-five years later you get some fresh perspective on it. It’s tremendous fun. That’s the predominant feeling, what a great time it was.

When you were first watching what Stan and Jack were doing could you ever have imagined that you would change the game as much as you did when you created Image?

We definitely broke a lot of ground. Here’s the deal, man. We had the attention of the fans based on my personal experience at that time. I swim in fact. I don’t swim in mythology or wishful thinking. This was what was going on at the time.  I had taken a book that had no superstar and no fan favorites.

I didn’t have Wolverine or Spider-Man at my disposal. That’s not an excuse, that’s a fact.

Everybody wanted to get Wolverine to guest star on their book, or Spider-Man.  For the first seven issues of New Mutants, I had a book that was just falling down flat. The lowest selling run of a really good selling family, but a book that was on the cusp of being cancelled because it literally just didn’t fit in with the success of the time of the titles. My perspective is, I filled the need with a bunch of my characters. My first issue with Cable alone, there are twelve new characters in that comic. Cable is not the only one.  I introduced eleven nemesis that had never existed prior to my arriving. Then by giving me the full reigns as writer and artist there was Deadpool and there was Domino. There is Shatterstar and Feral and suddenly you have X-Force.

Then suddenly you have X-Force. At the X-Force launch, it did 5 Million copies. 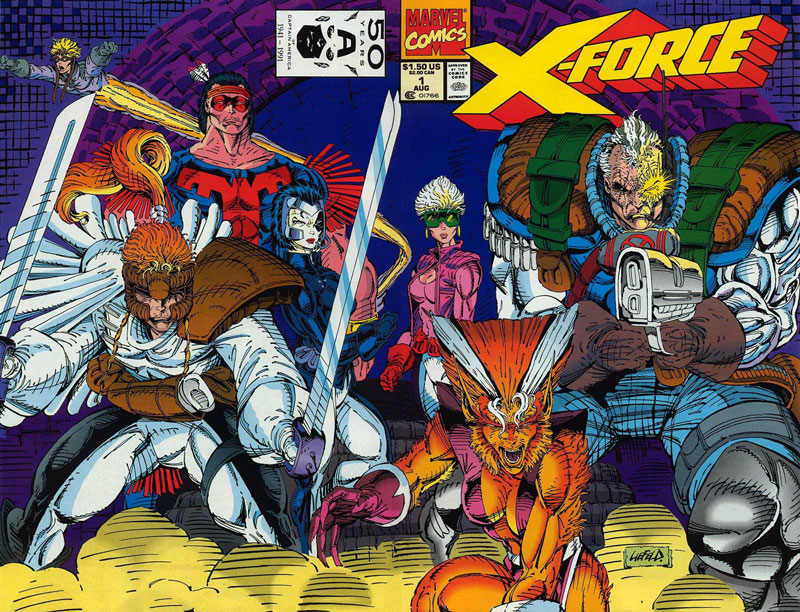 It’s the #2 best-selling comic of all time. I had shaped my destiny. With my own characters, with my sketch book, I had created characters that can stand toe to toe with the best of Marvel. I knew I had something. That’s the #1 reason I went off and I did something on my own is because obviously after giving Marvel —and knowing I was doing it, willingly, happily signing those deals, they are really lucrative deals and they have maintained being lucrative deals since the time I signed them. The deals were based on me getting a normal share and Marvel getting more of a share. That’s just common for any kind of deal you are going to sign with a major publisher.

I felt I had such success with all these characters. They were coming out with an X-Force toy line before the first issue hit the stands! I saw the molds, I saw the Deadpool toy, I saw a Cable toy, I saw Shatterstar toys. I was thinking, “Man, If I’m going to keep creating, which I desperately want to do, I have other characters in the drawer, I should do it on my own, I should do it independently”.

And very important, do not put me in the category of angry with Marvel or thought I was wronged somehow by Marvel.

I’ve never gotten that impression, to tell you the truth, Rob!

I know, but some people do, so I’m just saying this. Marvel and I used each other for our own benefit. It was a wonderful relationship. I just didn’t see where the next step was beyond doing ten years on X-Force, as much as I loved the Marvel characters, at that point in time with the heat and trajectory of my career, as much as I loved the Fantastic Four, it wasn’t really an option. So I wanted to test the market based on the result that I already had and the results were, as far as comics was, I was the Pied Piper and the fans were following me wherever I went. So, why not establish content that I controlled completely, 100%?

Todd and Jim were on existing, best-selling titles. I zoomed up from the rear, shot to the front of the pack, so I had a lot of confidence. I also had zero risk. I did not have a wife, I didn’t have kids, it was the perfect gig. While everyone else mulled it over or decides whether they were going to be part of the movement, out the gate it was myself, Erik Larsen and Jim Valentino we were locked, we were together. 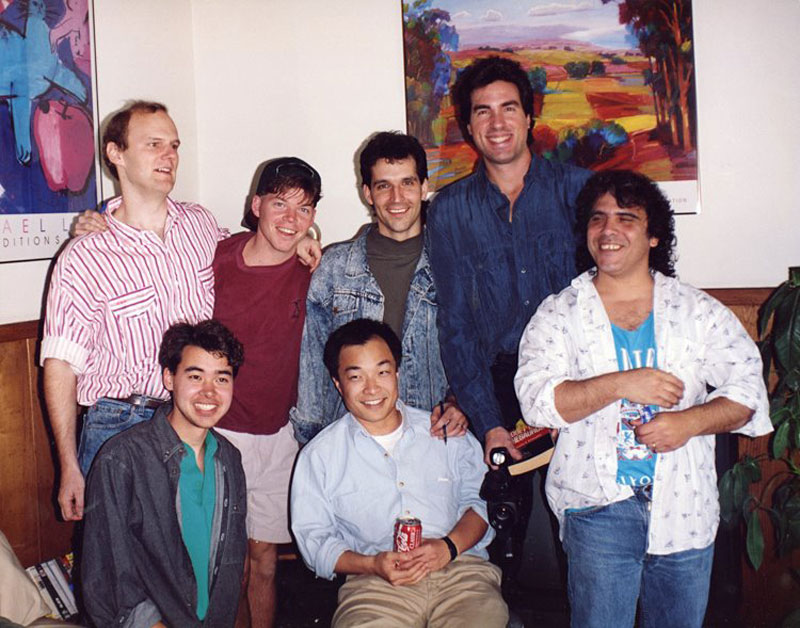 You brought us Youngblood, Brigade, Bloodstrike and Supreme. The list just keeps going on. A lot of these books are still doing really well. With the characters you created I have to say you shot to the front of the pack and really stayed there.

It’s great to see other Image creators writing and working on your books, which carries on the great tradition from the other companies.  What is it like to see innovative stuff happen in your books? You must love it!

When Frank Miller came on Daredevil, as a kid, I was ten years old, and I kind of liked what Frank was doing as an artist and then suddenly one day, he was a writer. And that’s where you’ve got Elektra, The Hand, Stick, all this great new mythology. Suddenly,  understood the power of the auteur. The comic book auteur, letting someone just take over and fill something with their vision. Kudos for Marvel for sitting back and letting Frank Miller happen. 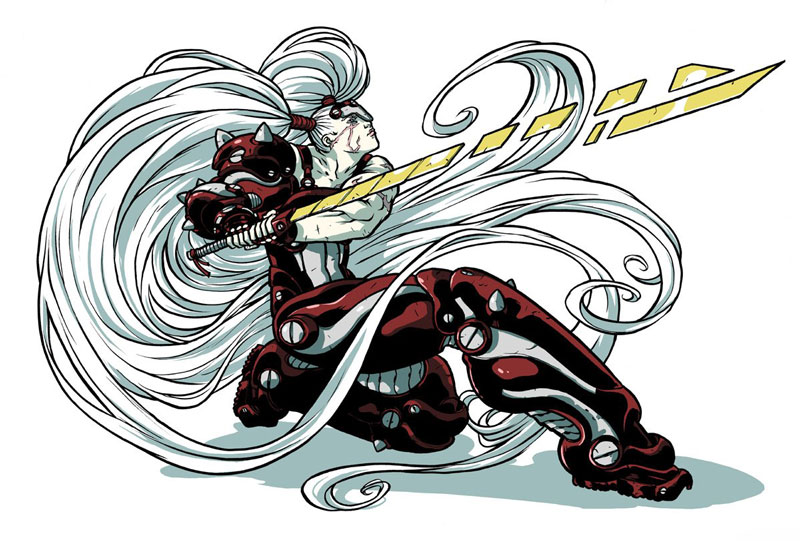 When someone like Brandon Graham or Joe Keatinge, or Chad Bowers and Jim Towe or Michel Fiffe (COPRA), I let these guys go for it, have fun, run with it. None of them will tell you about the time that I went and drastically, or at all told them to take it in a different direction. Not even minimally. I want to see what they do. I definitely let people play in the pool without restrictions. They like to go all the way to the deep end and leave their floaties behind, they are welcome to do that and I think everyone benefits.

What is it that you would say to new creators that want to work with Image and at Image? Should people still pitch to Image? Does Image mean the same to people as it did back then, in 1992?

Skottie is hottest guy in comics, the guy who is doing the most variant covers for Marvel and everyone is picking them up. He amasses this beautiful portfolio, and then he goes on to do Rocket Raccoon, and BOOM! He blows up, has the #1 book at Marvel and then immediately he turns to Image.

He brings I Hate Fairyland and the adventures of Gert and this crazy fantasy world and there is no template for what he did. He wasn’t following some successful Fairyland model. He had a vision and wanted to enact it, he thought Image is the place to do it and he walked through the door and made it happen and it is a phenomenal success.

Skottie Young saw his window. He saw his window and walked through it. There are a lot of guys at Image, we at Image understood maybe better than anything or anyone that the heat that is following you is not going to exist with you forever. You are going to have to work to keep it going and there is a place where the window absolutely expands as much as it is going to expand. For teams, for sport teams there is a championship window. When they have that receiver, that line, that running back that quarterback, they have 3 or 4 years to capitalize on that. 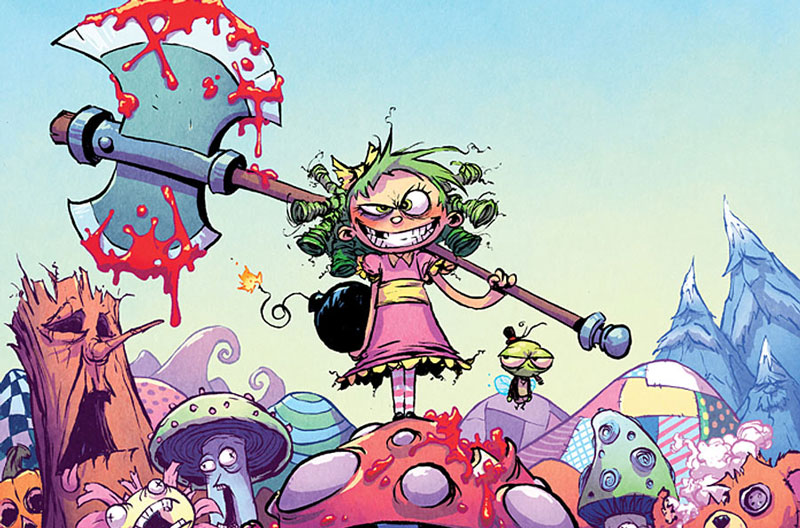 This is the same with the arts. Whether you are a musician or a comic book artist, your window expands to an absolute apex and you have to decide if you are going to take a chance on that or are you going to let that window close?

Skottie Young is a great example of a guy that said, I’m going through that window. I saw him as the quintessential Image Comics creator. He got shot to the top. Got the top book and turned that in to gold. Image still has the best deal and Skottie saw that and benefited from it.

My last question for you is, will we see a The Infinite sequel?

I am very hopeful. I talk to Robert about it all the time, we are 100% positive. It may be a little while because he is very busy. We’re all very busy and it is not something I abandoned, I am saying yes. 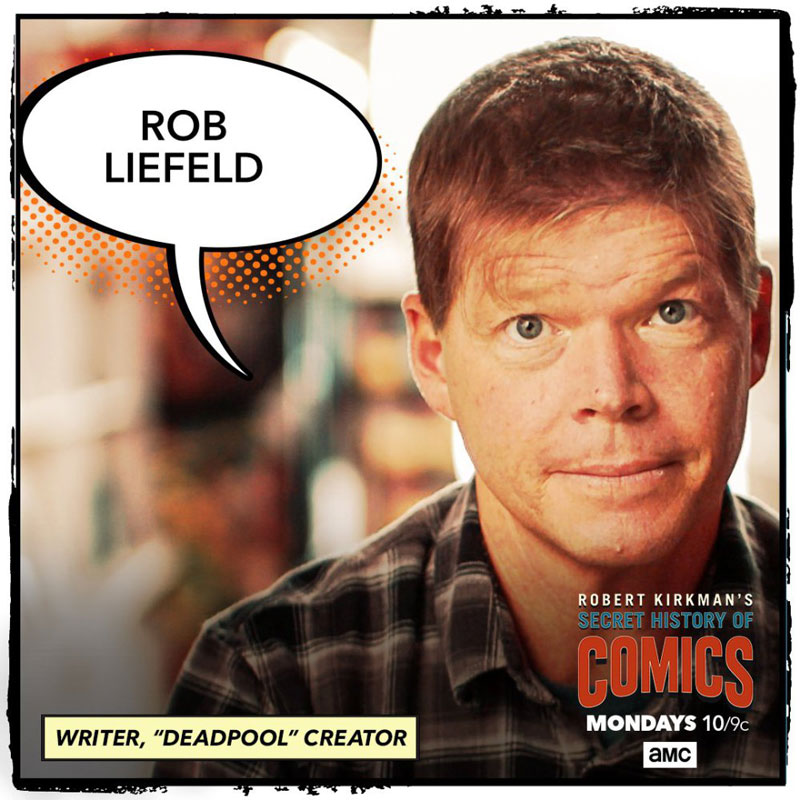 Rob will appear on “Image Comics: Declaration of Independents” on
Robert Kirkman’s Secret History of Comics, tonight on AMC 10/9C