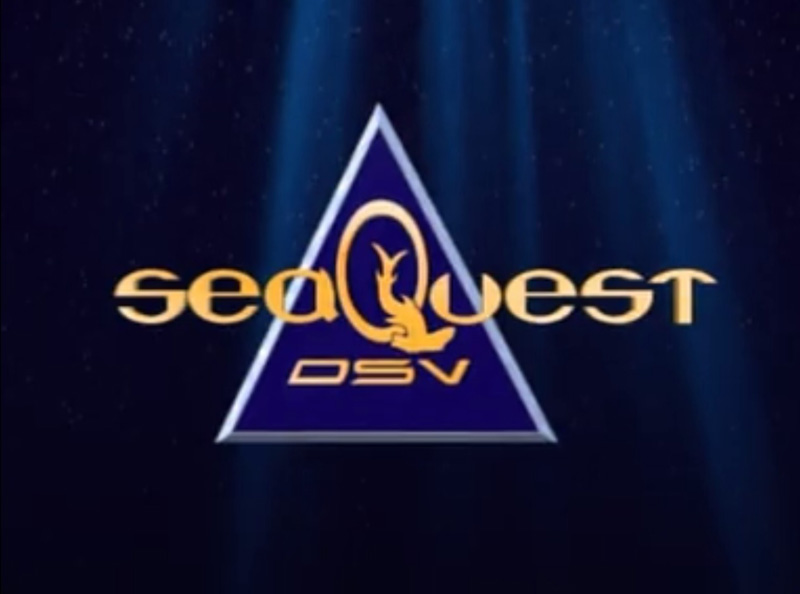 The 1990’s were a strange time for television. First Run Syndication programs were in decline (although a huge rebound was due in just a few years) and cable had started to make more and more inroads into the, previously, safe space that was network TV. Not to mention that the FOX network was still an (on paper) failure at this point. Networks took more chances on genre programming to pick up the slack left by the first wave of First Run Syndication finally falling apart and one of those chances was SeaQuest DSV.

SeaQuest DSV was a hugely expensive foray into sci-fi at a time when sci-fi programming on networks was rarely successful so this was indeed a risk even though looking back today it may not seem as such.

In 1993 NBC Television took the tired and used up “Space Opera” model for television and… pretty much just moved it from outer space to under the oceans with SeaQuest and a year later,  Earth 2.

SeaQuest DSV got a huge push by the network in the fall of 1993 and would end up lasting 3 seasons (2 and a half seasons really) and never achieved the ratings or acclaim NBC hoped for.

SeaQuest DSV was set in the future of 2017 (ha) and as the ecological trend was going in full force at this time the future of 2017 was bright and clean and sound so man began to explore not outer space… but the depths of our own planet… the oceans. The SeaQuest was the ultimate technological achievement.

By 2017 we had colonized the oceans including farming and mining operations. The SeaQuest would not only lead the exploration therein but also be the protector of those under the sea. Despite being a borderline utopia in the US other nations wanted to take the oceans for themselves and thus the SeaQuest was needed. 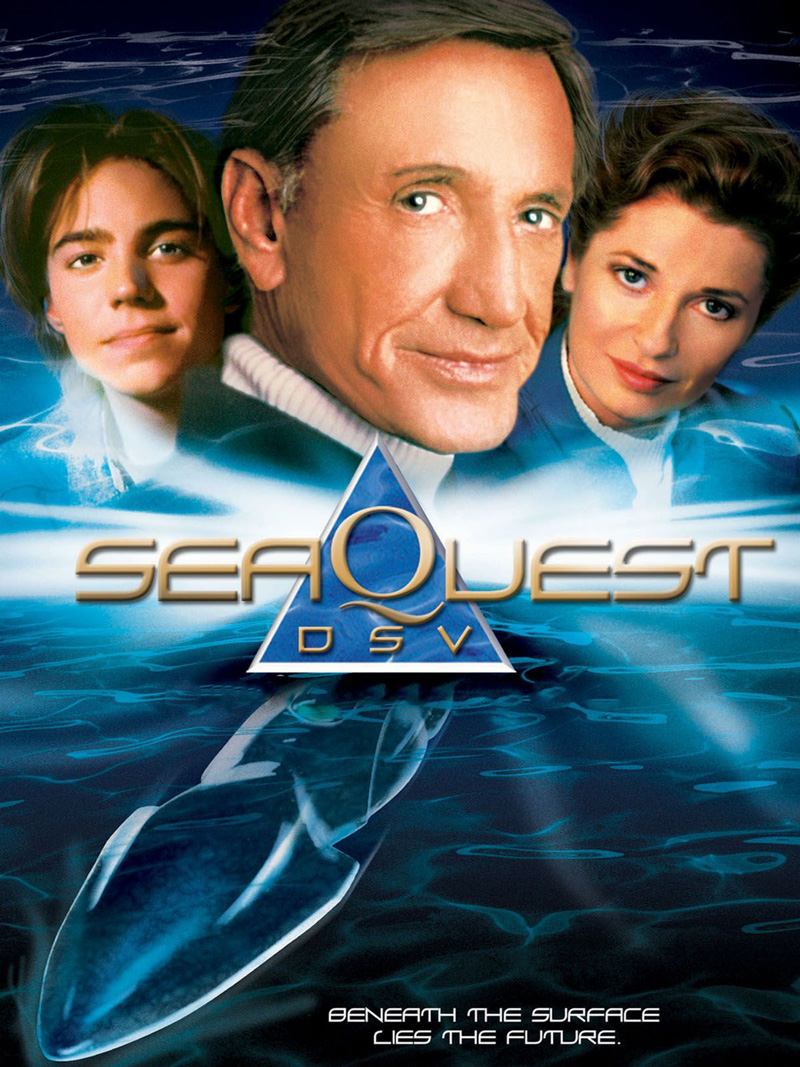 SeaQuest DSV was really lighter scifi in terms of premise but as things went along that premise would change greatly. SeaQuest DSV was an optimistic series (almost to a fault in season 1) that drew very obvious parallels to the original Star Trek. Critics even derided the series as “Star Trek under the water” which is both unfair and yet with the frequency of Star Trek guest stars it was not completely unfounded.

Week to week the SeaQuest would dive into some problem and solve it similar to how the Enterprise would do so. Most of the time on SeaQuest DSV it was some far fetched but earth bound issue but now and then in the first season something… else was at stake. Aliens happened. Yup. Season 2 would only ramp this nonsense up too.

Each season of SeaQuest is a vastly different monster so lets break this down. 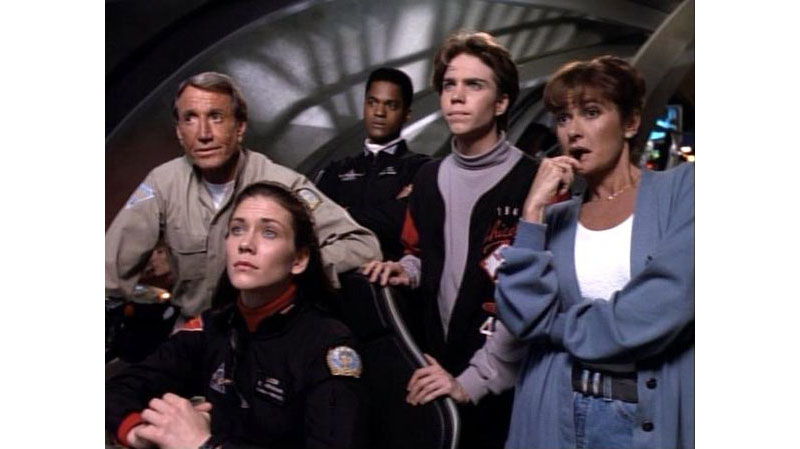 One of the tenants of SeaQuest DSV in this first season was it’s educational content. Each episode was ended by Dr. Bob Ballard of the Sea Research Foundation talking about something related to the episode and how it was real. Steven Spielberg was executive producer on this season and you can tell. His touch and style are all over the season, and adds to the ease of watching season one episodes.

Season one of SeaQuest got okay ratings but it was far from the hit that NBC wanted and so in season two changes were made… disastrous changes.

For season two NBC wanted to retool the show to get younger viewers. The education aspects were dumped, half the cast left and it was determined that the highest rated episodes in season 1 were the ones that focused on the more scifi stories so season two would be far more sci-fi oriented than before. Also production was moved from LA to Orlando and some of the cast refused to move. Royce Applegate and John D’Aquino were fired so younger actors could fill their characters roles. Stacy Haiduk and Stephanie Beacham simply refused to move to Florida so their characters were written out. Coming in for season two was Rosalind Allen (Children of the Corn II: The Final Sacrifice), Edward Kerr (Snoops), Michael DeLuise (21 Jumpstreet), Peter DeLuise (21 Jump Street) and Kathy Evison (Beverly Hills, 90210).

With the younger cast in place there was just one more problem and that was star Roy Scheider. Scheider despised the move to Florida, hated the new scifi oriented direction of the series and was openly fighting with producers at every turn and not just behind the scenes. In an interview he laid it all out not caring about being fired.

“It’s childish trash… I am very bitter about it. I feel betrayed… It’s not even good fantasy. I mean, Star Trek does this stuff much better than we can do it. To me the show is now 21 Jump Street meets Star Dreck. The other shows are Saturday afternoon 4 o’clock junk for children. Just junk—old, tired, time-warp robot crap. I don’t do this kind of stuff… I said ‘If I wanted to do the fourth generation of Star Trek, I would have signed up for it. I wouldn’t have done SeaQuest. You guys have changed it from handball into field hockey and never even bothered to talk to me.'”

This did not sit well with producers who retorted “I’m sorry he is such a sad and angry man. SeaQuest is going to be a terrific show, and he is lucky to be part of it.”

With all of that going on is it any surprise if I tell you that season two is downright awful? Goofy stories that remind one of that disastrous third season of classic Trek come to mind. If you liked season one of SeaQuest you will HATE season two and so did viewers. The ratings for season 2 were awful and the critical lambasting got even worse.

Reluctantly a third season was created but major changes were again in order… this time in the right direction. Gone were most of the silly sci-fi garbage from season two and outside of needing to resolve the season two cliffhanger and a single time travel episode season three took itself very seriously.

Scheider was done with the series after the mess that season two had become and wanted out but due to this contract he was required to appear in three episodes of season three. 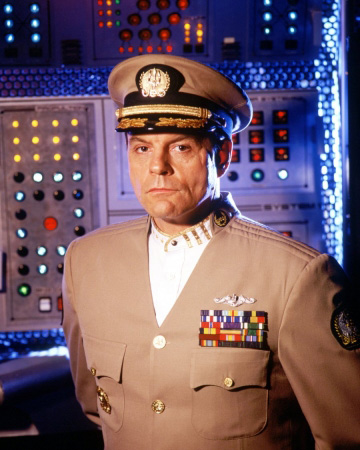 Taking over for him however was Michael Ironside as Captain Oliver Hudson.

Ironside didn’t just jump into the role though he forced the production to look at itself and fix the problems of season two.

“I saw so many problems that I couldn’t see where I’d be able to do the work I wanted to do. You won’t see me fighting any man-eating glowworms, rubber plants, 40-foot crocodiles and I don’t talk to Darwin.”

Also from season two the bulk of the cast was retained but Edward Kerr would have his character killed midway through the season to “shock” the audience.

The tone of season three was changed from the optimistic outlook in season one to war and invasion.

For season three ten years have elapsed and in that time a malcontent nation has begun to forcibly take the seas for themselves. SeaQuest (under a new captain) would be a war vessel and the series grew to become dark.

Now retitled SeaQuest 2032, the series became serialized but NBC refused to air the episodes in the order they took place which created much confusion among fans which led to the ratings dropping yet again after a small uptick early on. It is unclear why NBC could not air the series in the intended order but they murdered it with his asinine move. It was impossible to go from one episode to the next as NBC aired them and yet they blamed the “new dark direction” as the reason fans were tuning out.

In the end SeaQuest would leave little impact on the sci-fi television scene. All but forgotten today with it’s fanbase scattered at best and uncaring at worst. Seasons one and two are on DVD but season three is nowhere to be found. Oddly despite pushing hard that Steven Spielberg was involved in 1993 his name appears nowhere on the DVD sets. Of the cast only Jonathan Brandis, Don Franklin and Ted Raimi would be in every episode.

There was a SeaQuest video game and a few tie-in novels but all in all SeaQuest really made no lasting impact despite season one being fun and season three being really damn good.