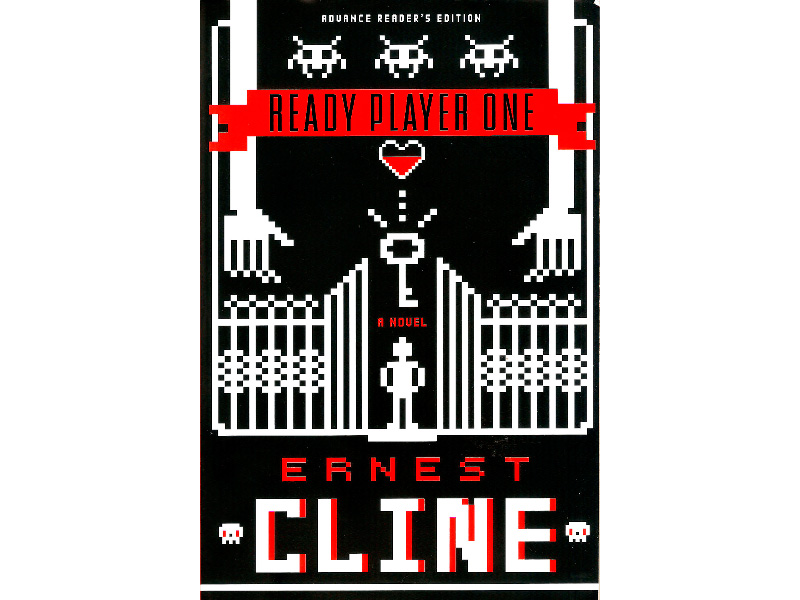 I wonder how Ready Player One will work as a movie.

To become viable, the movie likely has to jettison a lot of how Ernest Cline’s book works and is structured. Maybe, in Steven Spielberg’s hands, it can be a more complete experience as an examination of fandom and geek culture.

Namely, how much of today’s geek culture has been filtered through the idea of socially maladjusted, straight white guys who grew up on the toyetic 1980s and grim-and-gritty ’90s.

In other words, sorta me but not really me. The not-white part really gets in the way.

As geek culture now is dominatingly popular and the internet allows many more people their own platforms, many geeks outside that mainstream – not white, not male, not straight – are pushing for space against the gatekeeper attitudes those guys often maintain.

That’s been a lot of this here column, after all.

We’re seeing more media tackle these same questions. The latest cycle of Star Wars films are centered on this thematically and within the text, for example. Shows such as Steven Universe and Jessica Jones, or comics such as Hulk, Batwoman and Ms. Marvel are working in this space – trying to tell new stories, or old stories that are transformed by a different point of view and that POV’s concerns.

Or take Black Panther, our current cinematic world-beater. (At least until Avengers: Infinity War hits theaters at the end of April.) 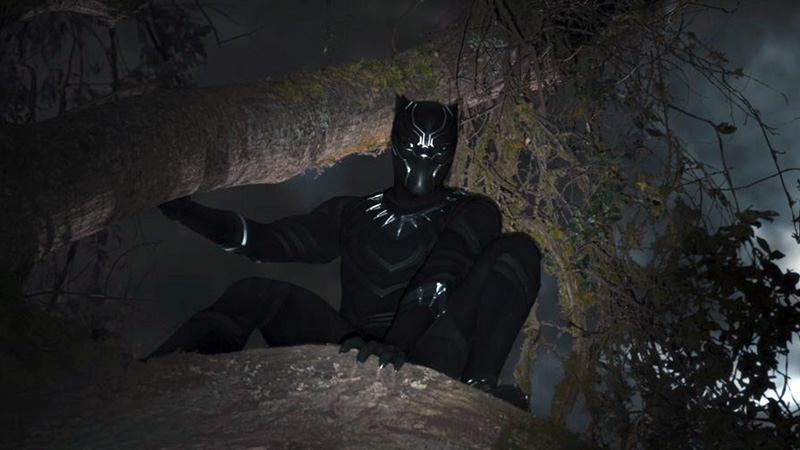 Ryan Coogler’s superhero drama poses the black-as-hell question of what we do with the power we have. Nakia proposes the expansion of Wakanda as an idea, embracing the world through sharing its principles and technology. Killmonger, however, wants Wakanda the literal nation to expand as empire, spreading war and conquest.

Those approaches – inclusion versus empire – can be applied to fandom and geek culture, too. In this 21st century, the “Nerdator” episode of Freakazoid has come to pass. The geeks are inheriting the earth, from social media rewiring our discourse to superhero movies rewriting the book on studio blockbusters.

But if this is all about nerd revenge tours, then we get a Facebook that sells us out to manipulators of elections. We have an Uber that pushes through self-driving cars without governmental oversight that then kills a pedestrian.

We get Airbnb with racists screening and rejecting non-white customers, or a Twitter that remains largely toothless in helping women fight harassment. We get pick-up artists and men’s rights guys and Reddit forums in which tons of stunted dudes never have to grow beyond whatever they liked at age 20. 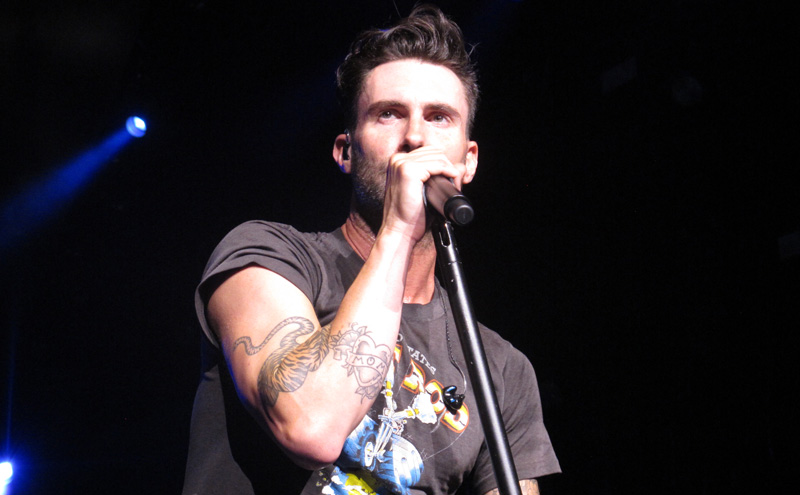 And, in Ready Player One, we get James Halliday, creator of VR simulator OASIS built on all his favorite pop culture obsessions and leaves an Easter egg inside his MMORPG world that would win its finder Halliday’s entire fortune. Like Willy Wonka, or something.

How will the movie handle the questions of a static, pedantic fandom that forces you to recite its arcane lore, rather than just enjoy it as entertainment and not care? Think of your favorite comic book character, or band, or movie genre, and how much time you have spent absorbing facts, stats, names, numbers and more?

At its most benign, lore helps fans invest more deeply into a well-done and powerfully regarded fiction. Keeping up with the lore, especially as many folks grow up and don’t have as much time to pursue these hobbies, can become a minor annoyance and hassle, but a welcome one. This week, I spoke at a community college for a career event, and spent a conversation with a guy about how to use Wiki pages and YouTube to catch up on characters and events when you can’t hang with a series or buy all the crossover issues.

Yet we’ve also seen people use lore as a gatekeeping device to separate casual fans and interested looky-loos from “real fans.” We’ve seen lore used to harass and mistreat people that these “real fans” want kept out, and all too often, like many other arenas, those divisions most often have to do with gender, race, sexuality, etc. If you’re quizzing somebody on their knowledge of Rocket Raccoon when you see them in a T-shirt with him on it, you’re doing fandom terribly wrong.

Can the movie tackle the idea of fandom as an endurance game that fuels you with “gifts” and “rewards” beyond plain entertainment? That if you complete the set, there’s a present at the end?

This idea has bled into all sorts of entertainment, especially prestige TV and this age of binge-watching. How many times do you hear someone say about a series, “Hang in there, the show gets better later on?”

What if I don’t want to sit through a few middling hours of The Chi to get to an episode with a focused plot and stronger characters? Why should I have to give up 4-6 hours to get there? That’s a lot of time. At least with a so-so movie, it’s two hours and I’m done. 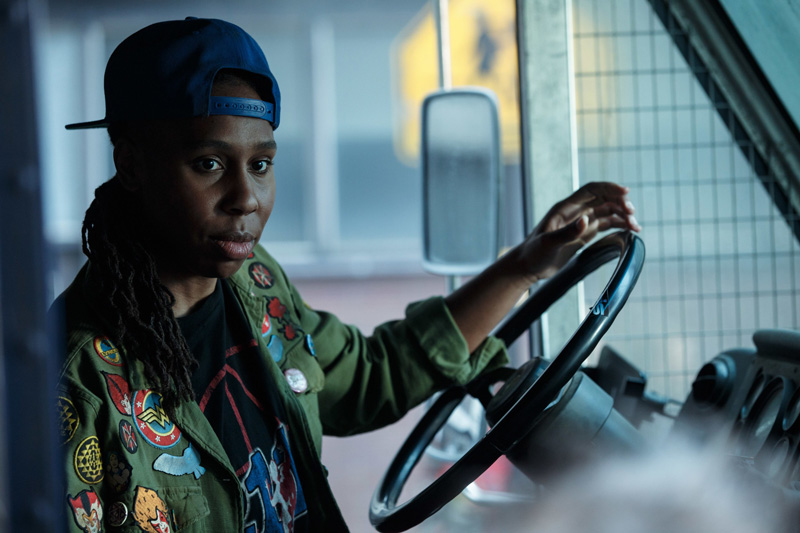 The Chi creator Lena Waithe in Ready Player One

(For the record: The Chi did get better as it went, but was tough staying interested because of its pacing and lack of character work early. All that, despite me rooting for creator Lena Waithe’s success and being invested in good TV with black actors and creators. But c’mon, it could have been better the whole time!)

What if the payoff never lives up to the promise, such as the first season of HBO’s Westworld? I just spent 12-plus hours, for what? We all figured out nice-guy William was the Man in Black, like, a million years ago. Why do I really want to go back after my time was halfway wasted?

There’s already too much TV, and not enough time. These days, I often want better than so-so. I want better than pretty good, if you’re gonna throw this much material at me. This was easier when there were four broadcast networks, and cable did next to no original series, before streaming.

Why should I have to tell people to skip the first season of DC’s Legends of Tomorrow to get to the good stuff?

Why couldn’t the show have given me better stuff from jump? It was laundry-day TV until the second season figured out the show should be just bonkers.

Can Ready Player One the movie rattle off its cavalcade of references without bogging us down in empty Easter eggs that clumsily move the plot, or don’t at all? Why the hell am I seeing mini-trailers for the Justice League in the middle of Batman v Superman: Dawn of Justice?

At the very least, Ready Player One the movie better point out how sophomorically awful it is to call these Easter egg hunters “gunters.” Just, ick. (If you don’t know the sick combination of misogyny and fat-shaming that nickname conjures, Urban Dictionary can fix that.)

But when the show is good from the get-go, and stays there, or improves?

That’s the dragon we chase, isn’t it?

That’s when The Good Place gives you cameo performers made to measure, such as Jason Mantzoukas, Maribeth Monroe and Maya Rudolph. It’s when, in the second season finale, Eleanor is wasted at a bar called Sting’s Desert Rose, Michael pops up as the bartender, and Ted Danson gives us Sam Malone from Cheers one more time. 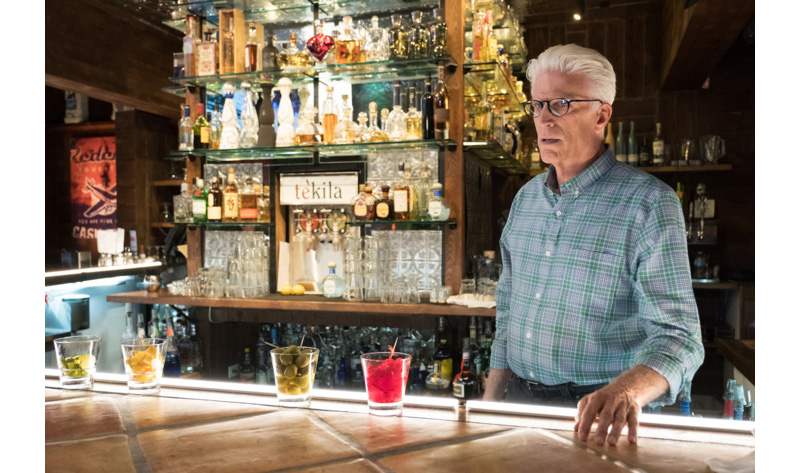 It’s when Yoda appears in The Last Jedi, and you realize he’s a puppet again.

Guess I’ll watch one more episode. Maybe I will see Ready Player One, even if it doesn’t tackle these questions of fandom and geek culture.

After all, the movie is selling itself on one of geekdom’s most time-honored hooks:

I gotta see how it goes.