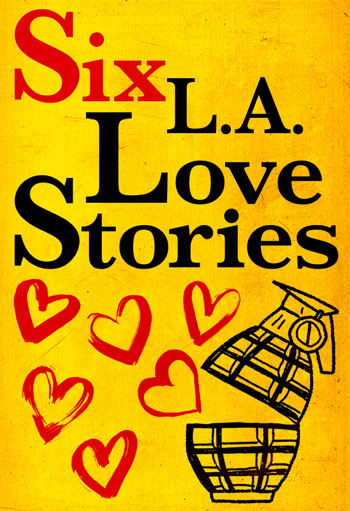 There is a theme in dialogue driven indie dramas. Start with a bunch of seemingly separate story lines and slowly, over the course of 100 minutes or so weave them into a connected tapestry where each story has some impact on the next. The films generally need time for the disparate story lines to develop into something cohesive.

6 LA Love Stories does not do that. It barely has 70 minutes of content.

If you look at the cast, it is really encouraging. Matthew Lillard, Alicia Witt, Ashley Williams, Stephen Tobolowsky and many more make up an ensemble cast that could have been part of a really spectacular film.

6 LA Love Stories starts out strong, introducing the 12 main characters in a series of scenes that set the stage for the rest of the film… but then it doesn’t go anywhere.

I should have loved this film. Alicia Witt is a super talent. Tobolowsky, with his unique look and delivery always cuts a compelling figure on screen. Beth Grant, Carrie Preston, Peter Bogdanovich round out an ensemble that is super professional and incredibly talented. Unfortunately, they didn’t have enough content to really shine.

Each scene, aria, vignette, whatever you want to call them exists independently of the others and they never cross. Each couple has a small story that evolves in a small way in approximately 12 minutes. When I did some digging I found out that the film is an adaptation of a stage play and that makes a lot of sense, because what the viewer is left with isn’t really a film, but the beginning of 6 films. When I first watched it I was really invested in each of the couples. They were all likable in some way or other and the dialogue is really strong. At the end it seemed like I had just witnessed an acting class, where the students were too talented to be there.

Director Michael Dunaway knows what he is doing. He knows film. He seems to really set the stage to get a lot out of his actors and he is an able storyteller, but there wasn’t enough story here. I wanted more. There is so much professional acting talent on this cast it made me a little sad that they had so little time on the screen. Sean Valla does an excellent job editing the film.

Even though the film ends too quickly, the pacing seemed spot on for the amount of content. The scenes don’t drag on too long and they move to the next scene with a solid flow at generally good breaking points. From a technical perspective I appreciated the straightforward professional approach. I didn’t like the lighting in a couple of places, but that’s just nit picking.

There were 6 LA Love Stories, but they were just too short for me to love them.

6 LA Love Stories is now available on DVD, On Demand and Digital HD