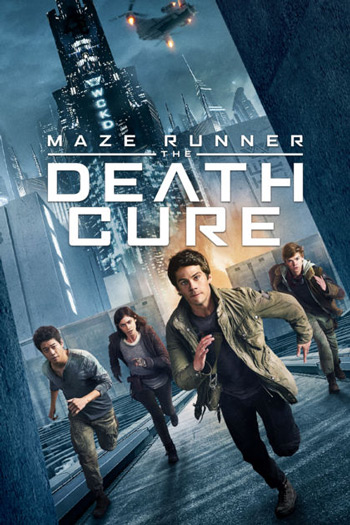 The epic finale to the Maze Runner saga, Maze Runner: The Death Cure has been released on Blu-Ray DVD on May 28th 2018 and this is the perfect time to look back at the sci-fi adventure to see how it wrapped up the famous film series.

Before watching The Death Cure, it is highly recommended to tune in to the predecessor movies, Maze Runner: The Scorch Trials and The Maze Runner.

These are not standalone movies and while you can enjoy them separately, the trilogy needs to be watched in order to fully appreciate the narrative and characters’ arcs.

A new DVD release worth watching

One of the exciting new DVD releases of the year, in this adventure film, Glader Thomas leads his group of escaped Gladers on their best and most dangerous mission so far. Once you have seen the previous movies, you’ll be familiar with the fact that a ‘Glader’ is a person immune to the Flare virus that has devastated the rest of the world’s population.

Based on the novel The Death Cure by James Dashner, the film promises – and delivers – an action-packed plot and gripping storyline for the fans of the franchise.

More threatening than ever

More threatening than ever, Thomas must fight the infected humans with the help of his Glader friends, of which he is on the receiving end of deceit and danger. The film sparks emotion when Thomas loses close acquaintances.

However, this doesn’t stop Thomas, his fellow Gladers and other immune humans they encountered along the way, to work hard and rescue other immune characters, mostly children, from being experimented on by evil organisation WCKD. Ultimately, this is a story that cherishes friendship above all and shows us how being brave can be easy and hard at the same time – because leaving a friend behind is just not acceptable.

I bet you are wondering what makes The Death Cure so special.

The movie is noteworthy for its plot, equally as fascinating as the predecessor movies, as well as significant improvement in filming techniques. Fans of the franchise will find it especially rewarding after waiting two and a half years to finally be reunited with the onscreen equivalents of the book characters they fell in love with.

Written by T.S. Nowlin and directed by Wes Ball, familiar actors include Kaya Scodelario, Thomas Brodie-Sangster, Nathalie Emmanuel, Will Poulter and as Thomas himself, Dylan O’Brien. The cast is joined by a newcomer to the series Walton Goggins described as “an unusual and dangerous character who is part-revolutionary, part-anarchist, and a voice for the voiceless people”.

An interesting fact about the movie is the fact that it was supposed to be brought out in February 2017 in the United States, however, its release was postponed to 2018. This was to allow the actor Dylan O’Brien to recover from injuries he incurred while filming.

This third film proves to be a satisfying conclusion to yet another dystopian book-to-screen adaptation especially if you endeavour to watch it on 4K Blu-ray. You can find Maze Runner: The Death Cure now on DVD, Blu-ray and 4K Blu-ray.