It’s October…time for unfortunate surprises, political or otherwise, Rocktober, Inktober, Marvelous Moondances, and for me, a birthday, or more realistically, the acknowledgment of being one year closer to the grave.

October 6th was the 33rd anniversary of my shift—quantum, paradigm, but mostly, as my fellow fellowship members would identify all too perfectly, a geographic—from New York City to Southern California, a move that I expected to be temporary, but has become all too permanent.

With the swarm of deaths this year has brought to comics and its relations, poor and otherwise, this may sound morbid, but no. I’m deeply grateful to be both vertical and working in what is now my forty seventh year of service to comic books.

Thus, in a more pleasant vein, yesterday brought you the third issue of HEY KIDS! COMICS!, my roman à clef about the men and women who made up the so called “Silver Age” of our curious and frequently misunderstood, not to mention misrepresented to the point of disreputability, medium.

A few select pages, are posted below. 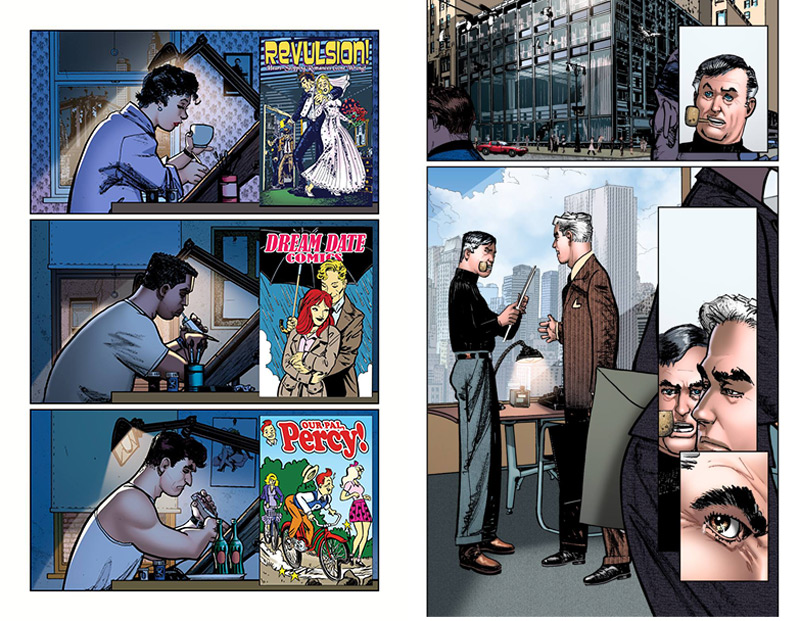 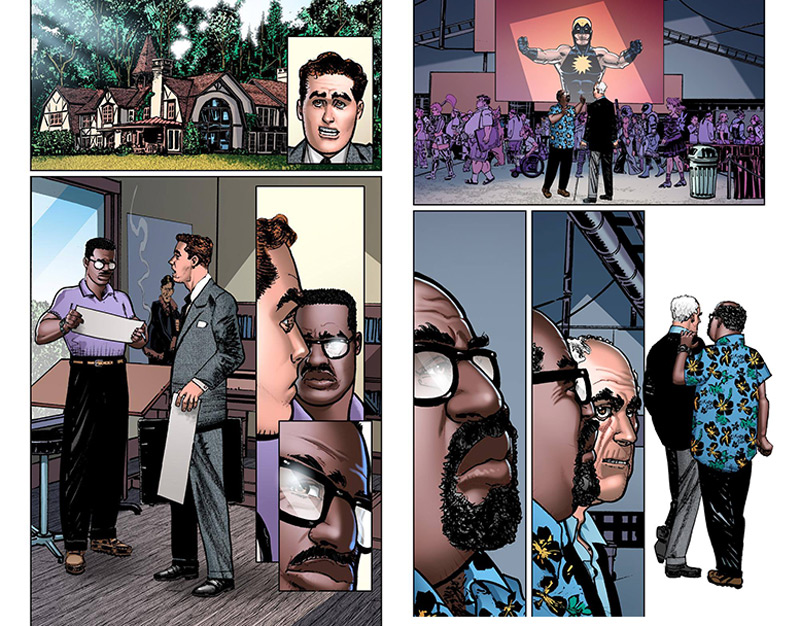 As noted frequently, this book is a love letter, tinged with a touch of acid to be sure, to the men and women laid down the foundation of what we recognize as the modern comic book.

Now some of you have wondered why I opted for photo covers on a comic book that was, basically about comic books, for heaven’s sake. It’s simple.

HEY KIDS! COMICS! follows the professional and personal lives of Ted Whitman, Benita Heindel, and Ray Clarke, three fictional comics talents with lives, careers and personalities based on those of a broad stream of men and women who made comics in their era.

There are no fight scenes in HEY KIDS! COMICS! One punch is thrown, ineptly, I might add. There’s a slap in there somewhere, too…so there really aren’t any scenes which would serve as a cover image while at the same time remain true to the narrative.

Further, there are none of those melodramatic moments that have personified so much of the overheated imagery that inform the conventional comic book cover.

Ted, Benita, Ray and the supporting cast interact in the way that real people interact, without any of that “THIS MAN THIS MONSTER” stuff—not that there’s anything wrong with that.

So when I started my usual stream of consciousness exercise of developing cover ideas, what worked most effectively were visual jokes…imagery that would work acceptably as drawings but would be far more effective as photographic representations.

I talked this over with my editor, the estimable Thomas K., who saw my point, at which time I made contact with old friend, former assistant and current colleague, the equally estimable Don Cameron, with the intention of putting his formidable and multifaceted skill sets to work, incorporating visual ideas and text derived from a series of spirited conversations between me and Thomas.

The results are the covers of HEY KIDS! COMICS!—images that, I believe, ideally capture the comedy, intentional or otherwise, skepticism, and nuance of the lives these men and women lived, represented by the narrative inside the book.

I invite you to grab a copy, all three issues are available on ComiXology and finer comic book stores. If you love comics as much as I do, I can unequivocally guarantee you won’t be disappointed.

This I do affirm.

Howard Victor Chaykin – a prince, and a comics man, for sure and certain. 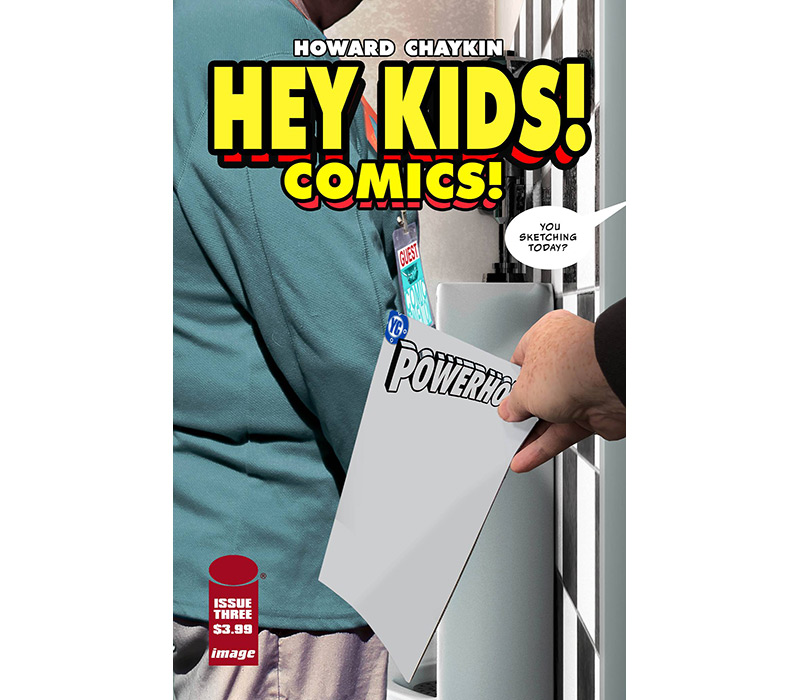 HEY KIDS! COMICS! #3 is available now,
but if you read this far you know that already.

In this article:Art/Design, As Ever I Remain, Behind-The-Scenes, Comic Book Industry, Comic Books/Strips, History, Op/Ed