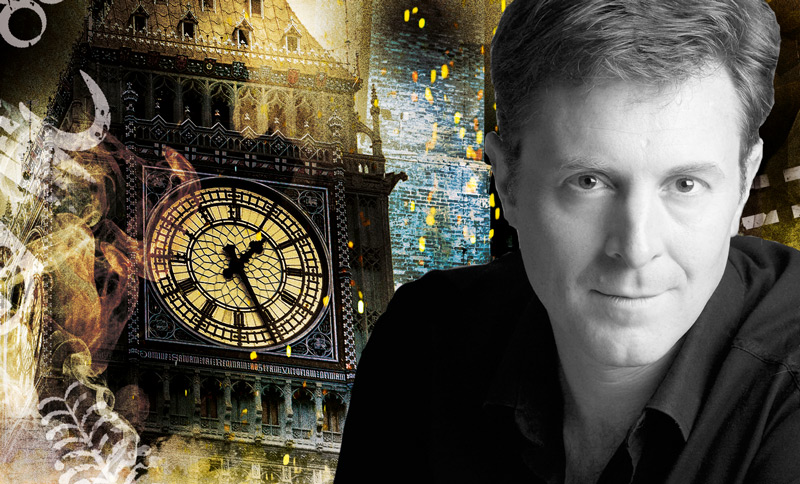 James Lovegrove is the New York Times best-selling author of The Age of Odin, as well as the author of the Pantheon series, the Dev Harmer novels, new Sherlock Holmes adventures, the Lovecraft / Doyle inspired Cthulhu Casebooks and an extensive backlist of published novels, novellas, books for younger and/or reluctant readers, short fiction and non-fiction.

In his latest book, Sherlock Holmes: The Devil’s Dust, “It’s 1884 and Mrs Hudson turns to Sherlock Holmes when a fellow landlady finds her lodger poisoned. The police suspect the landlady of murder, but Mrs Hudson insists that her friend is innocent. Upon investigating, the companions discover that the lodger, a civil servant recently returned from India, was living in almost complete seclusion, and that his last act was to scrawl a mysterious message on a scrap of paper. The riddles pile up as aged big game hunter Allan Quatermain is spotted at the scene of the crime when Holmes and Watson investigate. The famous man of mind and the legendary man of action will make an unlikely team in a case of corruption, revenge, and what can only be described as magic…”

James took some time to discuss his affection for Holmes, his upcoming work on another favorite property and his other influences.

FOG!: Your newest book, Sherlock Holmes: The Devil’s Dust, is your fifth Holmes book (not including your Holmes/Lovecraft trilogy). Do you remember your first encounter with the character and as a writer, what do you find so appealing about him?

James Lovegrove: I’m fairly sure my first exposure to Sherlock Holmes came when I was around eight or nine and my father, who would read to me most bedtimes, produced a slipcased hardcover copy of The Adventures of Sherlock Holmes (which I still have to this day). We started on those, and then on a two-week holiday in Brittany he read The Hound of the Baskervilles to the entire family to while away the evenings, because this was the 1970s and we didn’t have satellite TV and smartphones and had to make our own entertainment. Around then the BBC would often show the old black-and-white Basil Rathbone movies, which I would watch. So I was absorbing Holmes’s world and exploits from an early age, and loving it.

To me, the appeal of Holmes is that he make sense of things. When confronted with the impossible and the improbable, he teases out the truth, and he usually knows quite early on what the answer is while the rest of us, Watson especially, remain baffled. I have a deep-seated and innate urge to figure out the secrets behind mysteries. I’ve read extensively about the paranormal and psychic phenomena, and also about conjuring tricks and the life and career of Harry Houdini. I don’t like being puzzled or hoodwinked, and I’m keen to know the rational explanation behind seemingly irrational events, because there almost always is one. Sherlock Holmes pulls off this feat time and time again, and I love it.

With your work, does your take follow Doyle’s canon, or do you just take that as a springboard and pick and choose details that work best for your stories?

All my Holmes tales adhere strictly to the timeline which Doyle established, even though it’s often erratic and self-contradictory. I make sure that my stories dovetail with the canonical stories or, in the case of the Cthulhu Casebooks, follow a parallel continuity that’s still consistent with the standard one. I also abide by the “rules” Doyle developed over the nearly three decades he wrote Holmes (even though he himself broke them a few times): Watson narrates in the first person; a client comes to Baker Street in need of help; Holmes performs apparently incredible deductions based solely on a person’s appearance; Holmes is always one step ahead of everyone else, including the reader, but arrives at his solutions purely through investigation and logical analysis. Where I diverge from Doyle is in adding a bit more pace to the plotting and a few more action sequences, in accordance with the dictates of the modern fiction market and my own preferences.

What is The Devil’s Dust about?

Holmes is commissioned by a very familiar client––his landlady Mrs Hudson––to look into the suspicious death of a lodger who was renting rooms from a friend of hers, Mrs Biddulph, another landlady. Mrs Biddulph is being accused of poisoning the young man but Mrs Hudson is adamant her friend is innocent. Holmes rapidly determines that a murder has been committed, but as he pursues the investigation he encounters an antagonist in the form of the famous big game hunter Allan Quatermain, who has recently become a very rich man owing to his discovery of the treasures of King Solomon’s mines. Quatermain is also conducting an enquiry into the death, in his own way. At first he and Holmes clash. Their characters are very dissimilar, as is their approach to crime-solving. Holmes is intellect and careful consideration whereas Quatermain is more of the beat-the-bushes-and-see-what-you-flush-out school. Gradually it becomes clear that there is an African angle to the murder and that Quatermain has a very personal stake in finding the true culprit, and he and Holmes overcome their differences and collaborate.

For me, it was a challenge and a pleasure interweaving these two polar-opposite literary characters together in a single story. The dating, for instance, had to be carefully worked out, since Quatermain’s career was just coming to an end at the time Holmes’s was beginning. It was also fun comparing and contrasting their sidekicks––Watson, of course, and Quatermain’s fierce Zulu friend Umslopogaas––and giving the quartet some truly despicable villains to thwart.

You’ve written over fifty books including your ‘Pantheon’ and ‘Dev Harmer’ series.  Who or what have been your biggest influences?

Doyle was an early influence, obviously, as was Ray Bradbury, who showed me that SF could be poetic. A variety of authors such Stephen King, J.G. Ballard, Colin Wilson, Kurt Vonnegut, Clive Barker, Iain Banks, Michael Crichton, Arthur C. Clarke, Alan Moore, even dear old Stan Lee, have left their mark on me in one way or another.

Besides Doyle’s work, what is your favorite Holmes story?

There are two Holmes pasticheurs whose work I hold in very high regard, and they are David Stuart Davies and Denis O. Smith. Davies (The Tangled Skein, The Scroll of the Dead) has a terrific feel for the character and always brings something new to the table, while Smith (The Lost Chronicles of Sherlock Holmes Vols. 1 and 2) captures Doyle’s style and tone like nobody else. Reading Smith’s tales is like reading tales Doyle himself never got around to writing.

What do you have coming up? Are there any other characters or properties that you’d be excited to write?

There was only one licensed property I ever wanted to write tie-in fiction for, and that was Firefly, one of my favourite ever TV shows. As you may be able to infer from my use of the past tense, this ambition has now been realised. I have two Firefly novels coming out soon, one this autumn, the other next spring. I had a blast writing the books. Like the first time I got the opportunity to write Sherlock Holmes, I kept having to pinch myself that I was putting words into the mouths of characters whose exploits have meant a great deal to me. It remains for others to judge whether I’ve got Mal, Zoë, Wash, Kaylee, Inara and the rest right, but I myself am very satisfied with the way the books have turned out (as are the publisher, Titan), and if I get the chance to do it again, I will.

I guess for me, as a confirmed Marvelite from way back when, watching the Marvel Cinematic Universe unfurl has been one of the great pleasures of filmgoing over the last decade. Marvel Studios are getting it right every time, ensuring that each of their movies works on its own merits but still fits in tidily with the mega-story that’s been planned out. They’re also, by extension, making the DC movies look pitiful in comparison, and since I hated DC’s output as a kid (it seemed so staid and conservative next to the narrative bounce and social relevance of Bronze Age Marvel) this makes me childishly pleased. 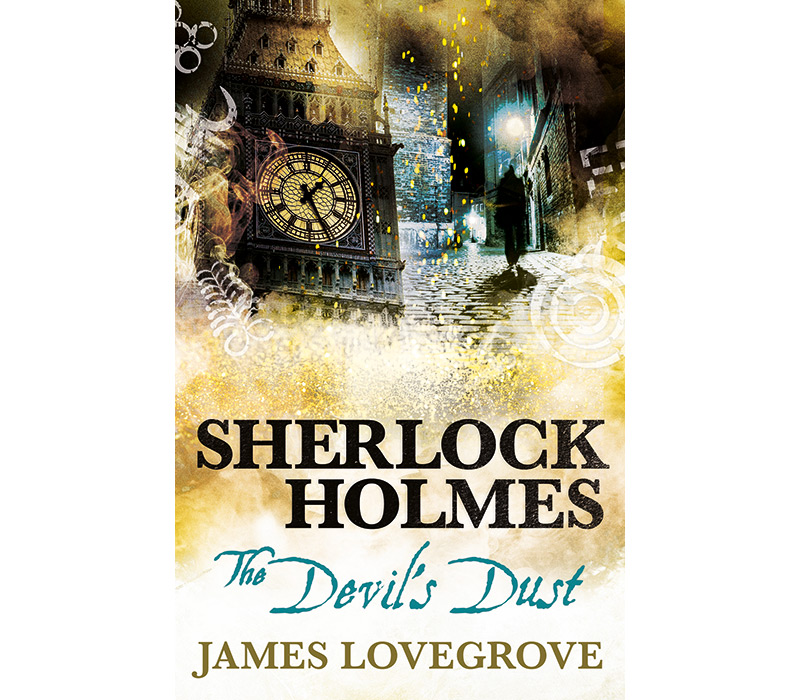