The fifth issue-which wraps up what I hope will be the first of three arcs of HEY KIDS! COMICS!—hit many of your comic book retail stores, as well as Comixology, this past Wednesday.

To say that producing this comic book, a fictional history of the comic book business, focusing on what we in our insular industry refer to as the Silver Age of comics, was a pleasure and a joy grossly understates the case.

HEY KIDS! COMICS! is about my father’s generation…and whereas I never knew my real biological dad—I am, for the record, a bastard, both literally and figuratively—the giants upon whose shoulders I stand were my true fathers…

…And I’ve endeavored, in this comic book, to pay an honest tribute to those men, and women too, who created, frequently from thin air and their own often rage filled fantasy lives, the craft that has served me well, and which I have served to the best of my ability, for nearly a half century. 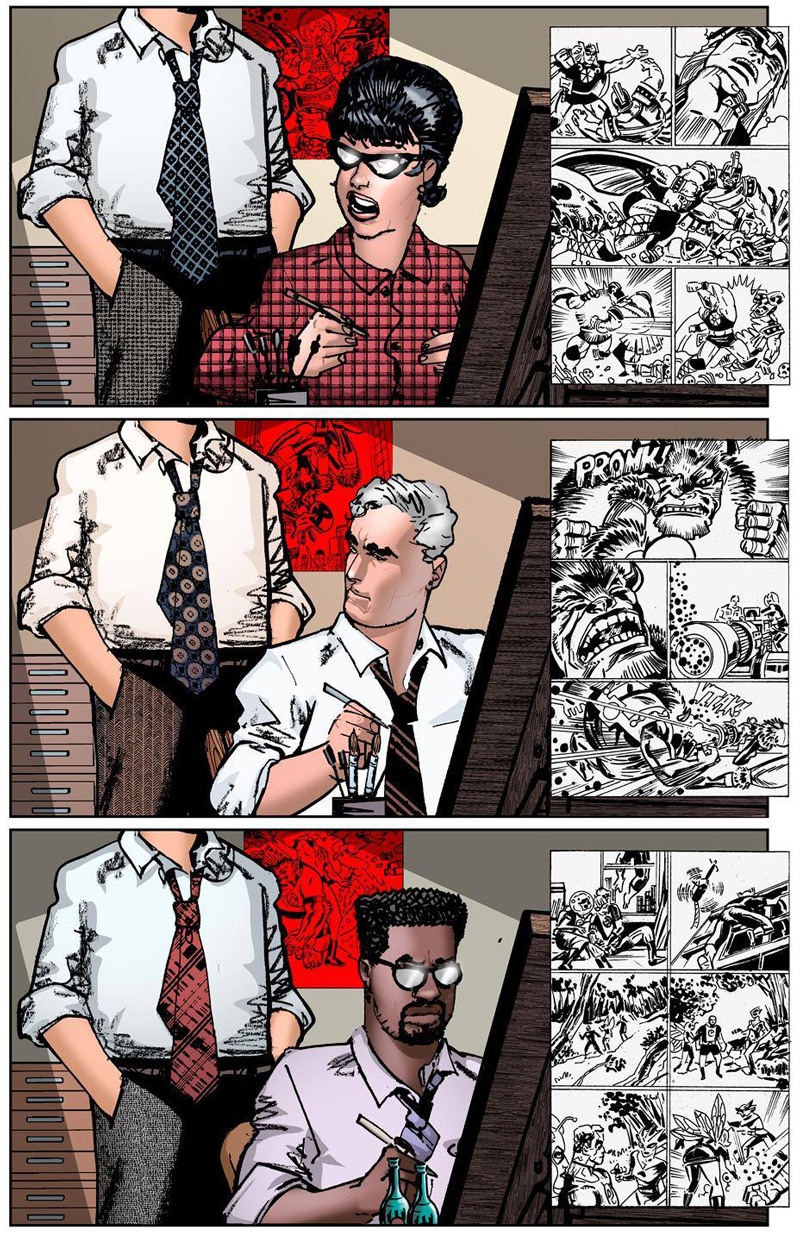 I’ve tried to express my understanding of what this cadre of talent experienced and believed. Their joys and resentments. Their gratitude and their anger. Their satisfactions and their disappointments.

I spent years listening to the men and women fictionally portrayed in HEY KIDS! COMICS!—and I wrote it all down, with no real intention other than to maintain recollections.

To be sure, these anecdotes are necessarily subjective—the world bears a stronger relationship the narrative arrangement of RASHOMON than most of us would like or care to believe. 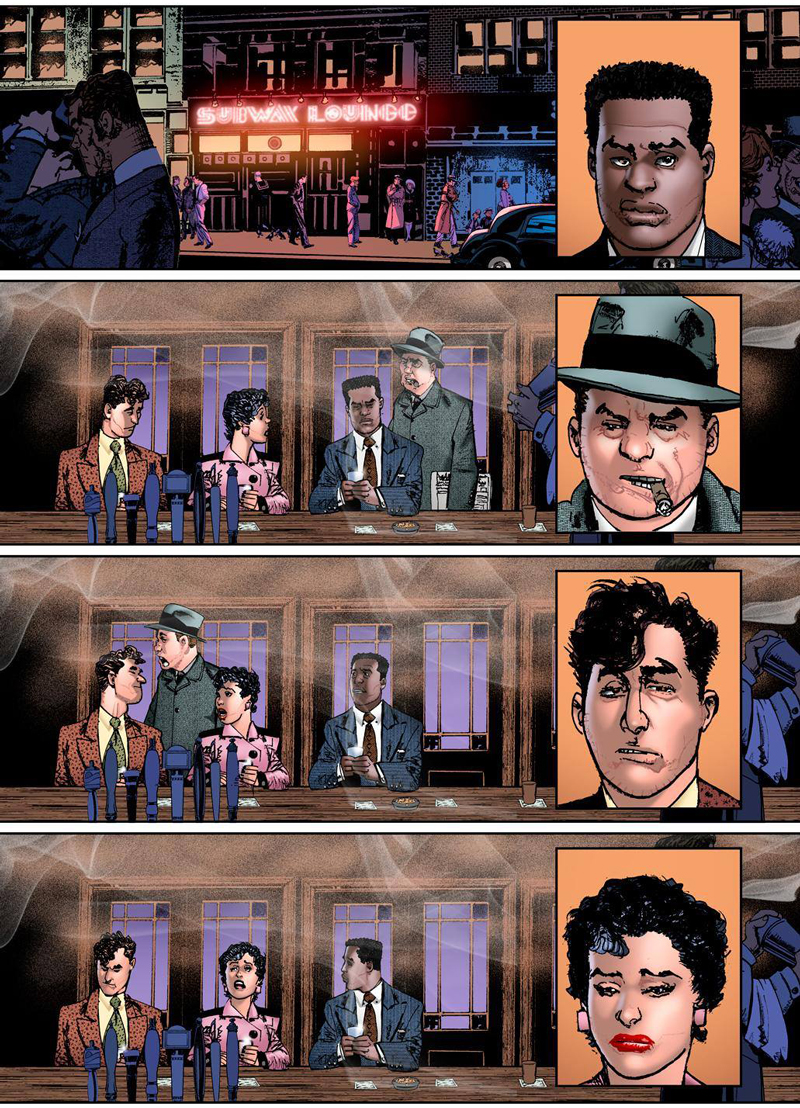 Perhaps the most disappointing aspect of the experience, once I decided how I was going to proceed, and put those notes to work, was what happened approximately a year before we published. I posted a request for anecdotes in regard to comics—rumors and facts, innuendo and legend…

…And unfortunately, most of what I got were score settling. Now, despite my reputation for being (and I’m sure most of you who know me well can come up with lots of better descriptors, and those who think they know me but really haven’t a clue can go fuck themselves, thank you very much) a bit on the contrarian side, this was the last thing on my mind.

HEY KIDS! COMICS! has been, from word one, an affectionate tribute, unjaundiced and unblinkered, certainly, but at core, a tart and vinegary love letter to comics and to the people who, and I use the word very specifically, created the comics business. 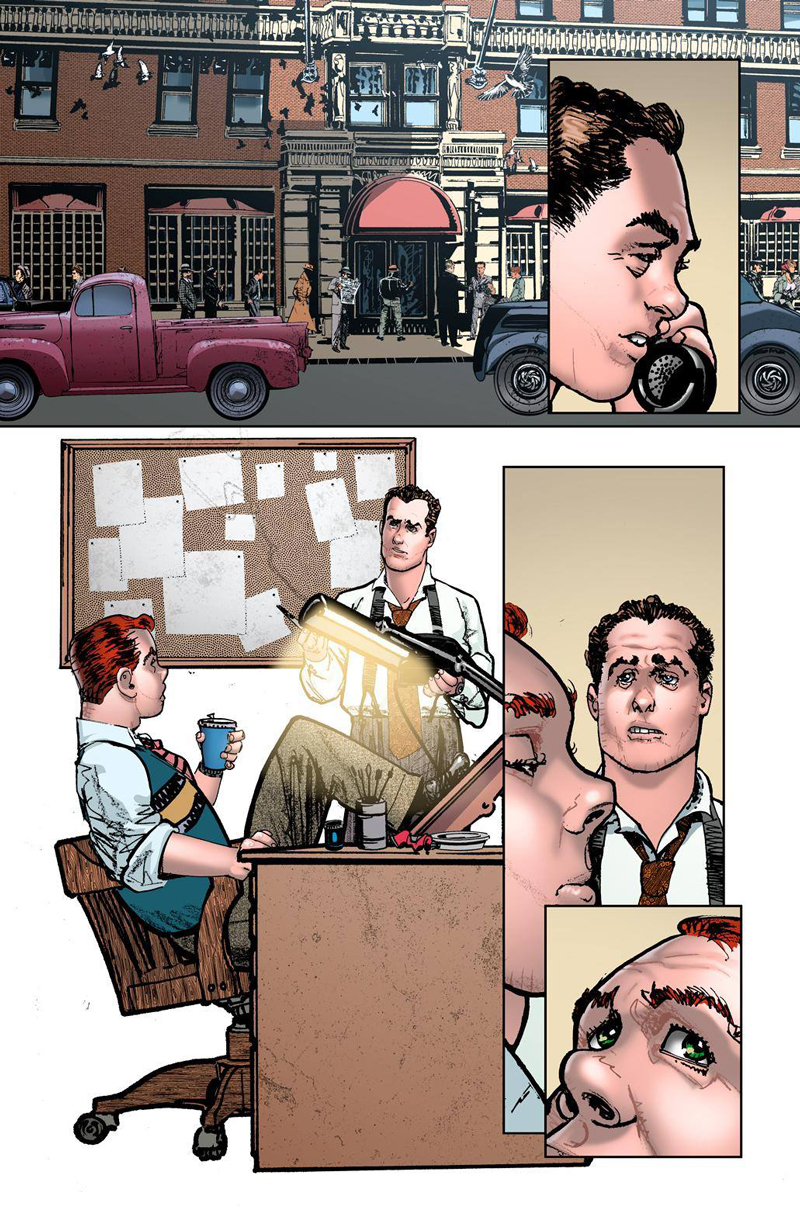 As indicated more than once elsewhere, for me, certainly for most of my colleagues, and for many of those now long dead men and women, comics was and is a calling. No matter what you hear, it’s never been a second choice.

From the first moment I saw those colored dots, the smeary color, the frequently crude but all too engaging drawings, the mildewed smell of the paper, for fuck’s sake, I was hooked. I was four years old, and from that moment, comics was all I ever wanted to do—and here I am, sixty-four years later, and grateful for the ride.

I taught myself to read from comics. I learned jokes and puns. I learned narrative rhythm, and how tell a story. I developed a moral code and, you should pardon the expression, a bullshit detector. I learned about romance. And ultimately, I learned how to make comics, at first ineptly, then with study, and care, with craft, skill and commitment of which I am occasionally proud.

And the payoff for all this is a life I could never have imagined back then—when I just thought those comics I read as a kid were there solely to help me escape into fantasy from the reality of a shitty welfare childhood, in a tenement in Brooklyn. 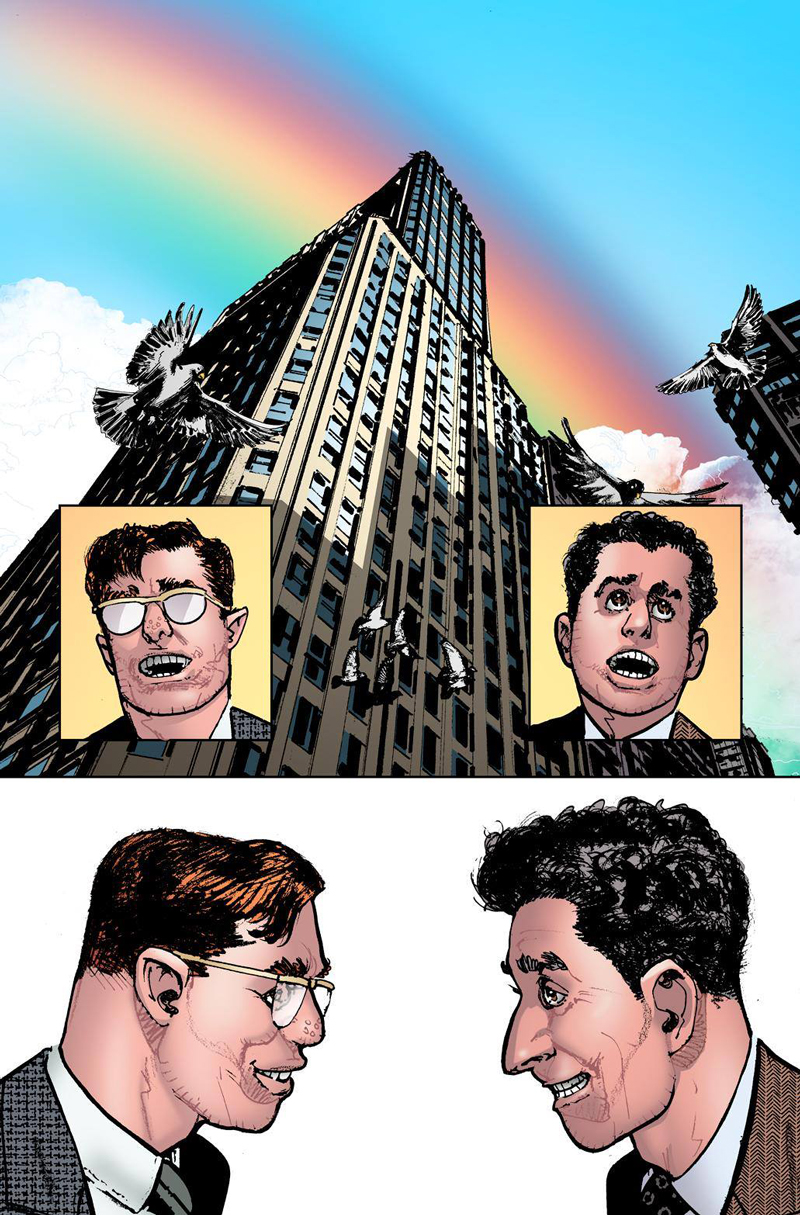 Thanks for reading, and as ever, I remain,

In this article:As Ever I Remain, Behind-The-Scenes, Comic Book Industry, Comic Books/Strips, History