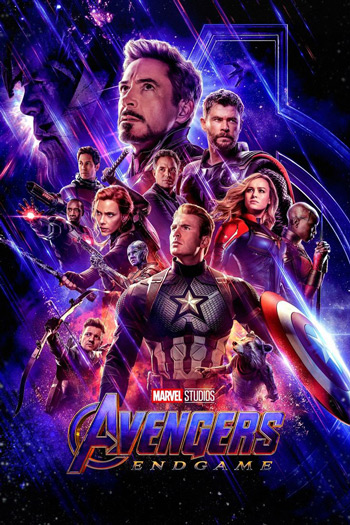 The culmination of more than a decade’s worth of films and storylines, Avengers: Endgame is an incredibly emotional and fitting last chapter to an epic era.

With humor (and an often heavy heart) it pays homage to everything that came before while firmly closing the book on key characters.

It would be cause for weeping just because we know this is the last Marvel film for a number of the original Avengers. Without spoiling their respective fates, Endgame gives them hero-worthy sendoffs. (I might be crying as I type this right now.)

And if you were miffed that Hawkeye (Jeremy Renner) was missing from Infinity War, Endgame gives his character plenty of screen time and depth – not to mention a spiffy new haircut and a beefed-up arsenal.

It’s a jam-packed 3 hours with a helluva lot happening, but you’re not likely to be counting the minutes. (Unless your bladder is bursting. My advice: Take your bathroom break during the film’s slower first hour.)

The film is intent on giving all the characters (at least the original six Avengers) their due and damn if it doesn’t come close to achieving that for all of them. They’re in various need of hope, redemption and purpose after their losses, but they’re just as apt to be at each other’s throats as usual.

Going after Thanos to undo his devastating snap is not as easy as just assembling what’s left of the team, even with the help of new arrival, super-powered, unbowed-by-battle Captain Marvel (Brie Larson).

They’ve got to have a workable plan, first of all. And not all of them are convinced that, after that blistering defeat, they can actually take Thanos down. Shouldn’t they save what’s left instead of risking everything again?

If this sounds like a grim exercise in despair, well, despair is there in spades. Steve Rogers isn’t sad in the trailers for nothing. But the movie is also much funnier than you might expect.

Endgame finds ways to revisit key moments from past films, mining 10 years’ worth of movies for laughs and unexpectedly poignant character moments. If you’re anything like me, you’ll be teary through most of the film, or flat-out crying. It’s not that it delivers tragedy after tragedy. It’s more an accumulated sadness of last chances, desperate odds and the unmistakable sense of finality.

With umpteen more MCU films planned, including another Black Panther and a Spider-Man movie out later this year, it’s not the end of the Marvel universe, or those characters, by a long shot.

In a world where time and space can be folded, someone can shrink to the size of an ant, and “dead” characters are very rarely truly gone for good, it’s possible anyone can come back. While much of the damage from Infinity War proves to be reversible, the farewells in this film feel more permanent.

If this truly is the end for some of our favorite characters, it’s an honorable and worthy end.