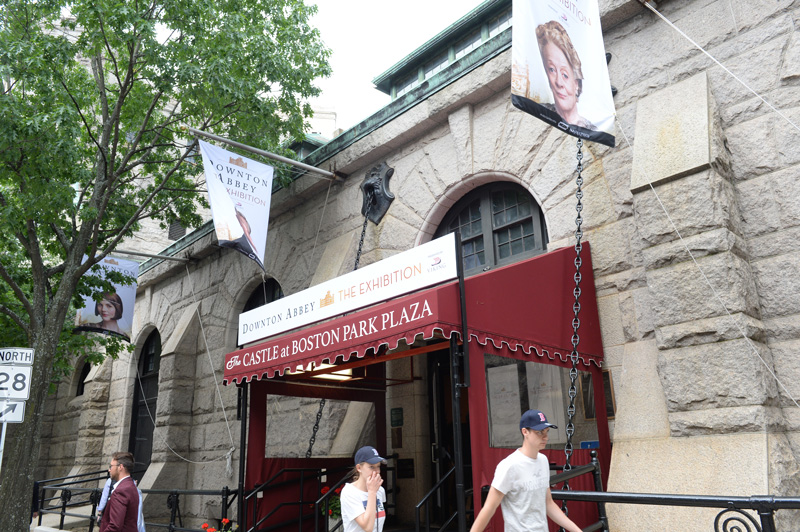 Downton Abbey: The Exhibition has landed in Boston at The Castle at Park Plaza for an extremely limited three month run. An appropriately themed afternoon tea was held on Friday, June 14th, featuring Executive Chairman of Carnival Films, Gareth Neame, and members of the press and socialites (aka social media influencers). 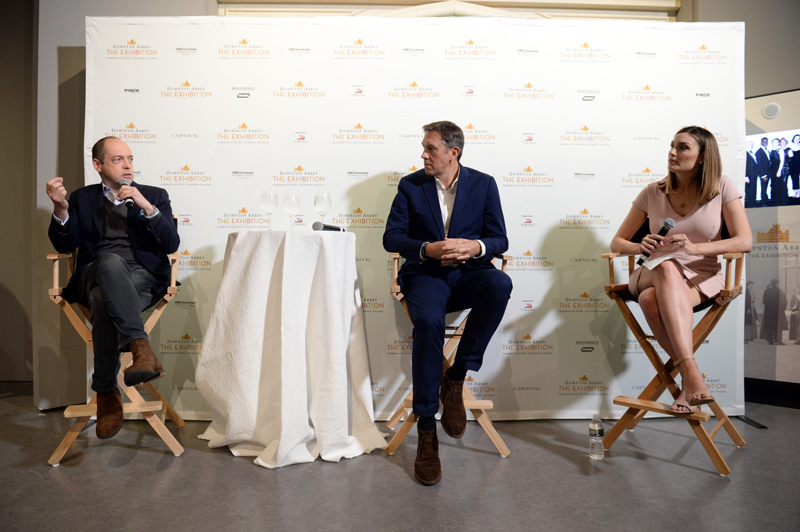 (L to R) Gareth Neame, Dominic Burns, and Jackie Bruno speak at the opening of the Downton Abbey exhibition June 14, 2019

Kudos for those like the Duchess on my side for taking the extra effort to dress in period costumes, or close to it, for the occasion. The Castle at Park Plaza is an entirely appropriate venue for the Grantham’s home to be recreated for fans of the Masterpiece, Viking Cruises and NBCUniversal produced series and upcoming Downton Abbey film in theaters on September 20th. 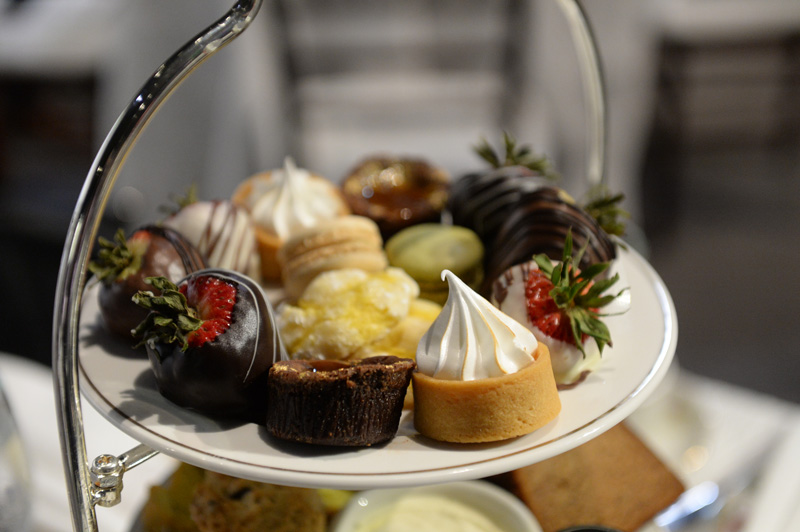 With dessert trays filled with cucumber finger sandwiches and sweets, footmen (and footwomen) served tea over the appropriate shoulders of those lucky enough to find a seat for a question and answer session with Gareth, who approved all of the exhibition’s artifacts and was able to loan out some never before seen costumes that will be showcased in the upcoming film, Lord and Lady Grantham’s finest dress to greet the The King and The Queen, the story that drives the upcoming film.

Much of the discussion about the movie was directly related to the series finale and where the characters were left at the end. Downton Abbey is very popular in the US, perhaps more popular than it is in the UK, and people asked some questions about that series resolution. Gareth hopes to bring more Downton after the film, and hinted that if popular enough, perhaps fans will get a sequel.

In the museum rooms, there are full recreations of Mrs. Patmore’s kitchen, Mr. Carson’s office, complete with the rare telephone, the ringing service bells featured in the credits sequence and so much more. The dining room was set up in full regalia, with carefully measured distances between the utensils from fish fork to bouillon spoon! 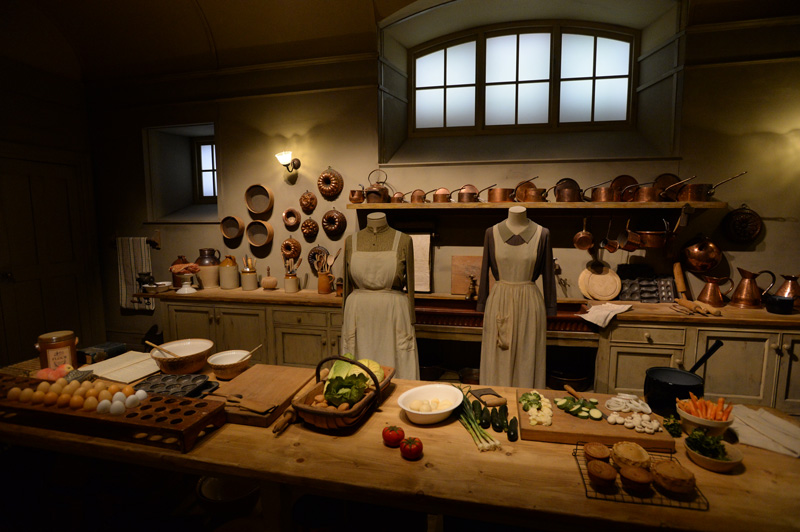 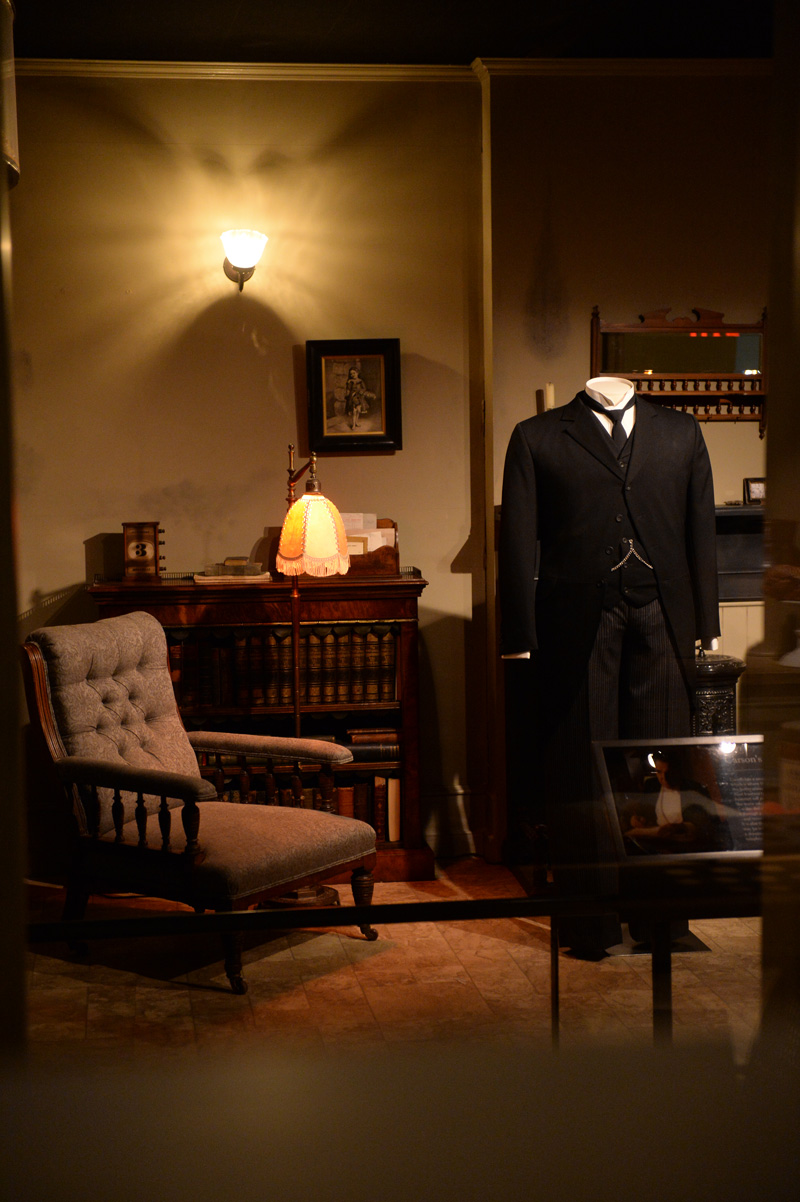 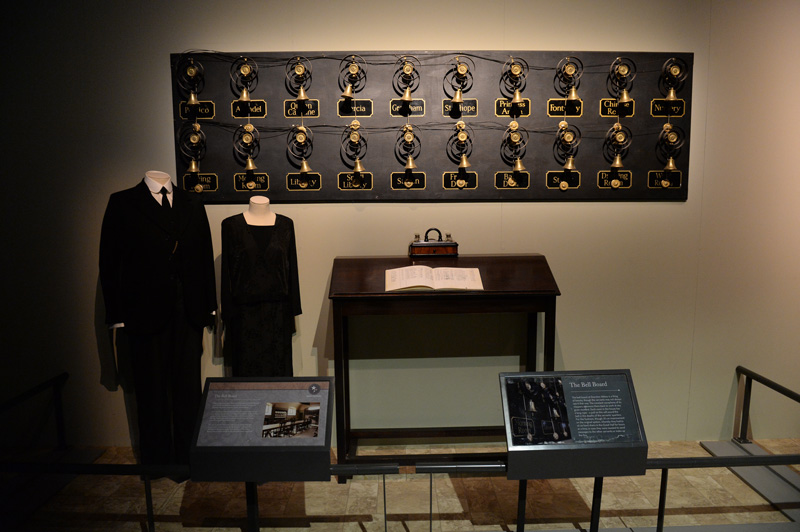 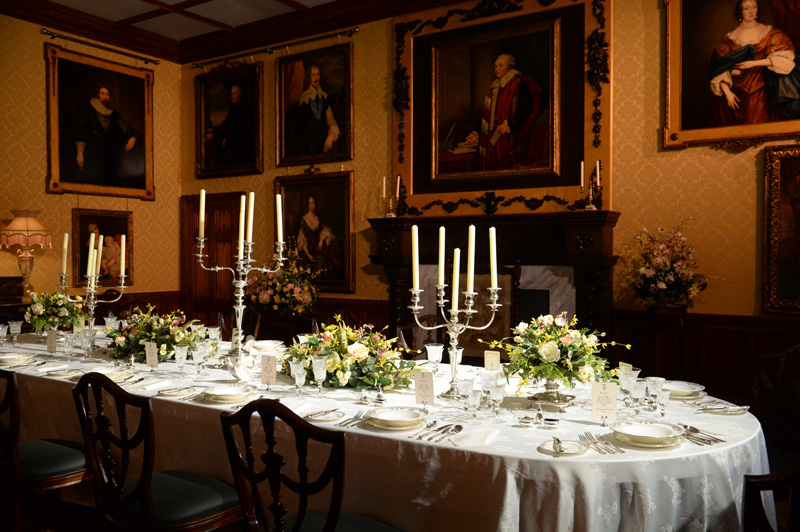 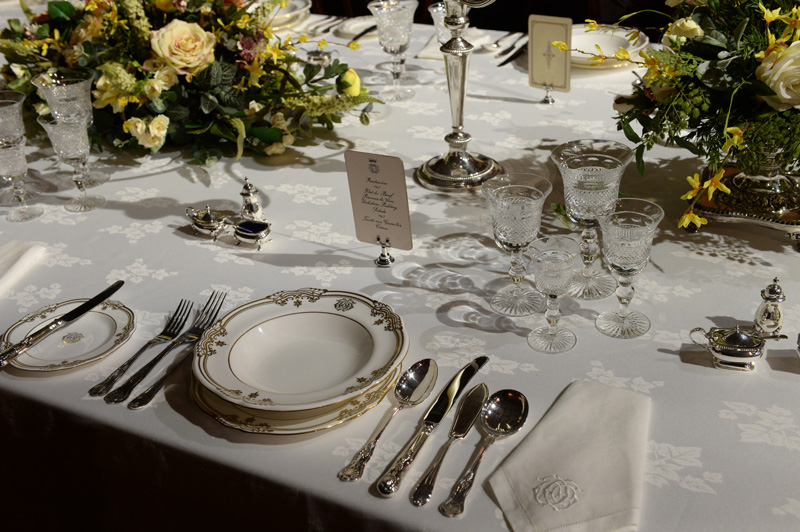 The headliner of the event, to the ladies especially, must be the costumes! From all of the wedding dresses, Lady Mary’s flapper gown to the more common but still sophisticated dress of John and Anna Bates, the exhibition puts finery on display, allowing you to see the intricate bead work and fine lace, handmade for the actors for a painstakingly authentic period body of work. 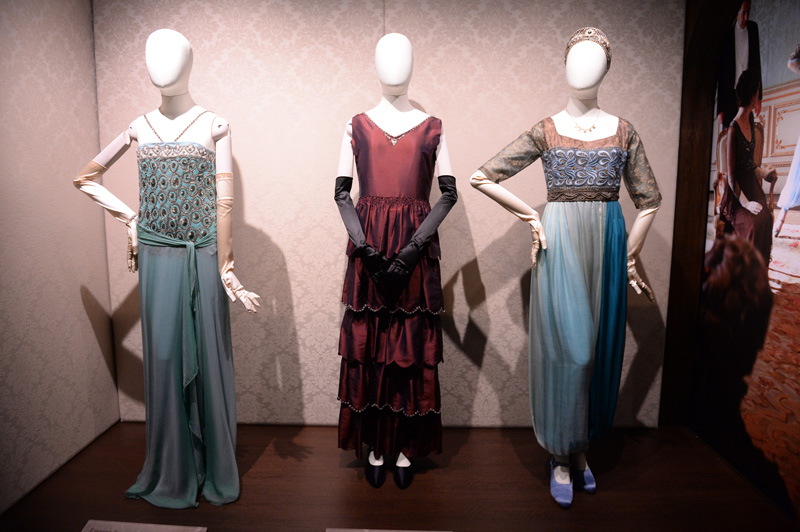 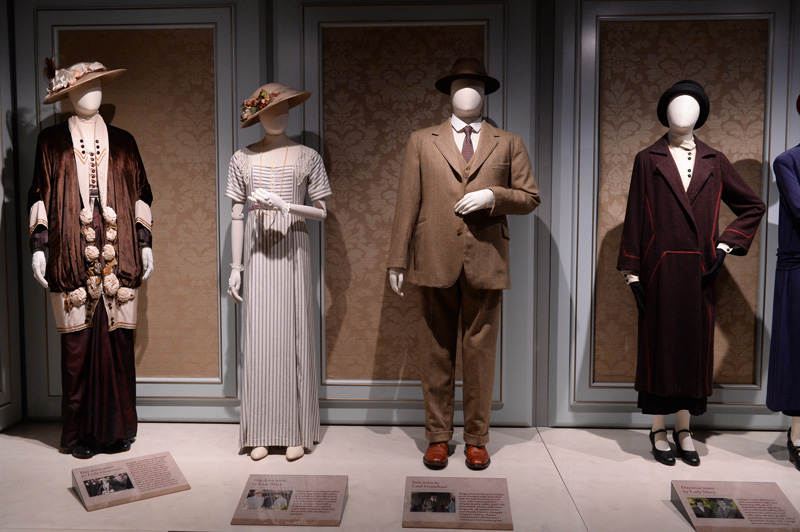 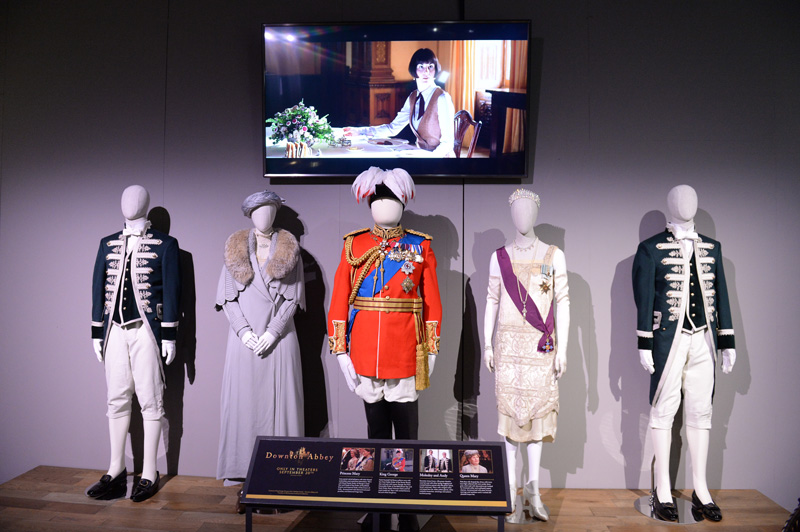 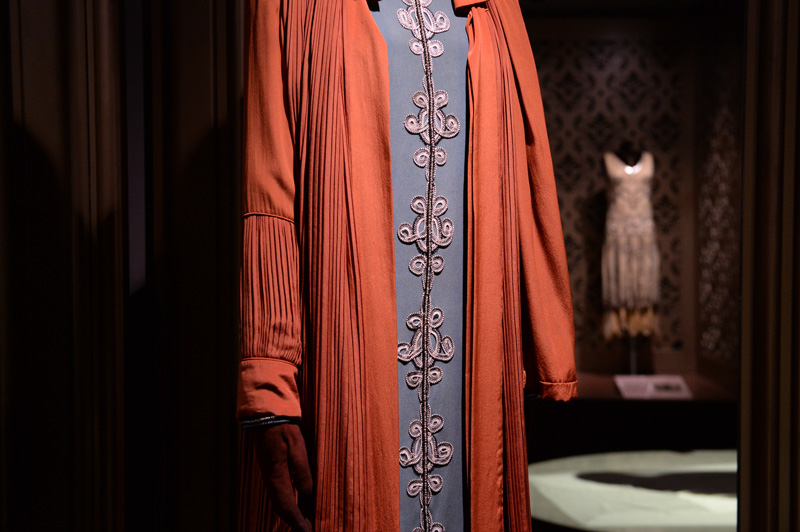 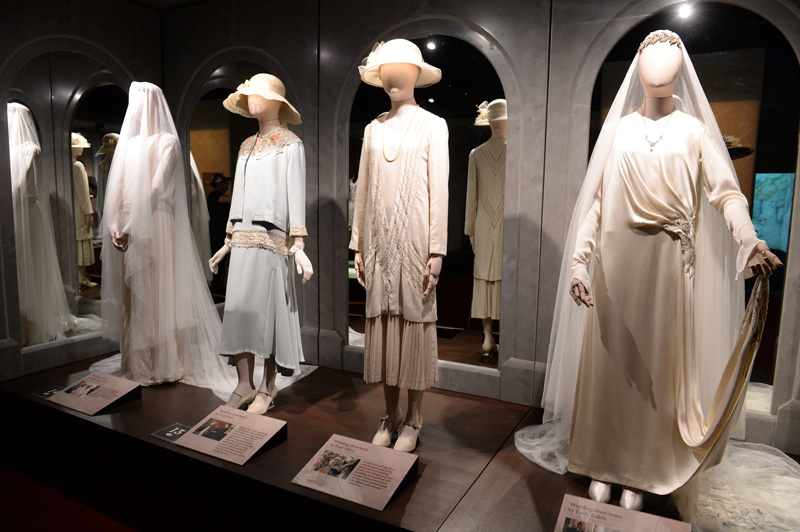 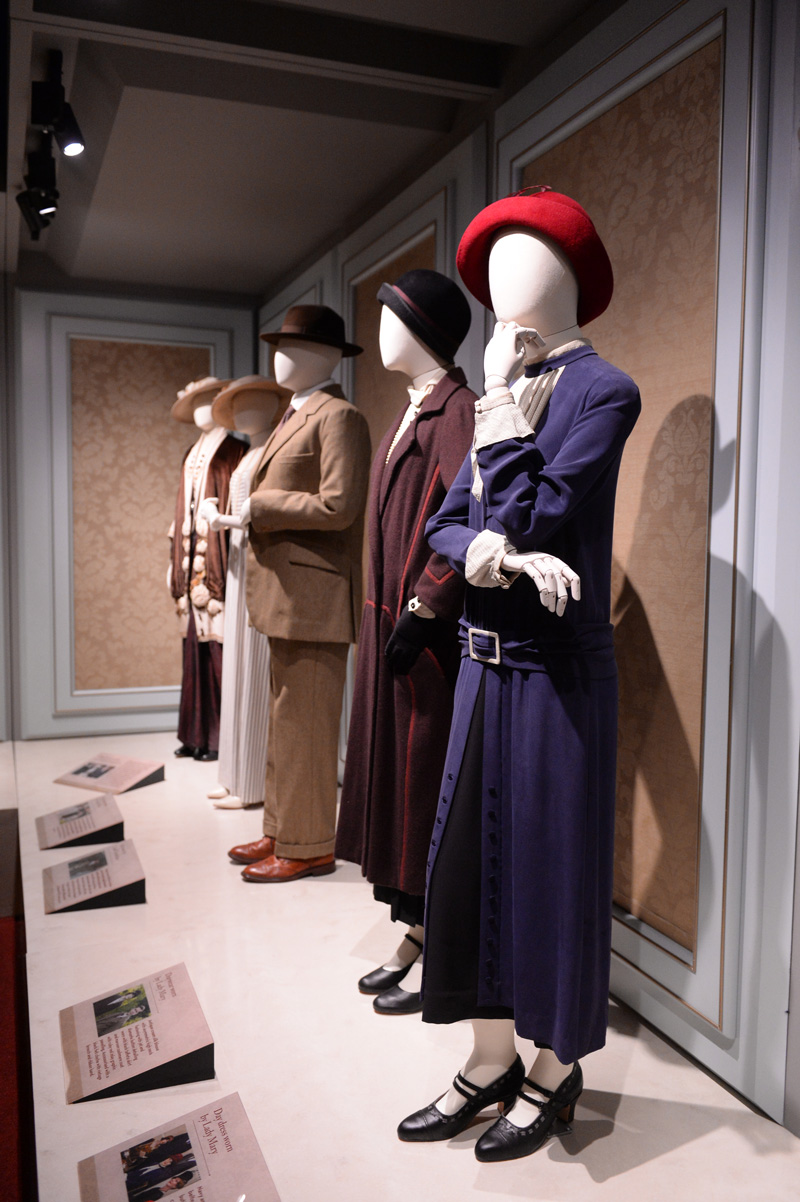 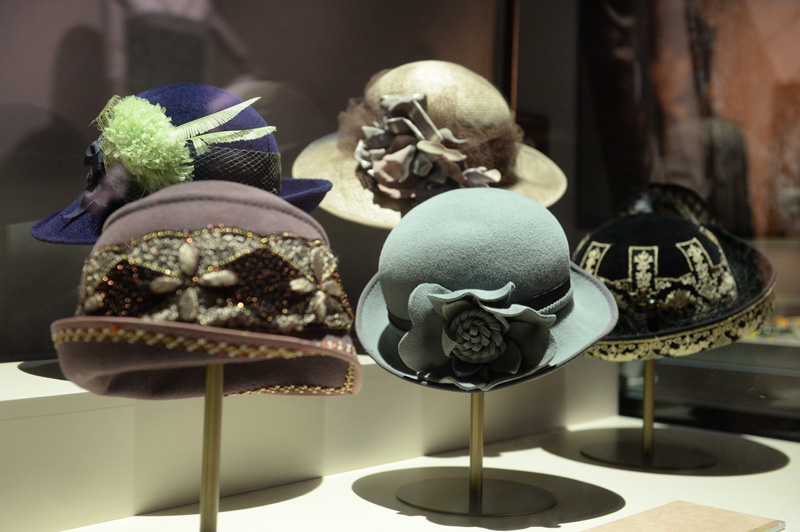 Feeling like you could survive service at Downton? You’re in luck, with digital kiosks you can apply for a job Downstairs. My skillset landed me at Valet, but for the life of me I only own one pair of cufflinks and can barely work them into my shirt sleeves.

The first room, after being greeted by a video of Mr. Carson, is completely hands on. There are audio and visual elements, curated like a fine museum, with Debrett’s Guide to The Peerage mixed in with handwritten letters used on set and lots of watches, jewelry and other fascinating details. In this room The Dowager Countess gets her own section, with video wall and a look at her rollup desk and secretary. I know that I could spend hours pouring over all of the details and pots in Mrs. Patmore’s kitchen and by spying on the Dowager’s personal effects and letter writing station! 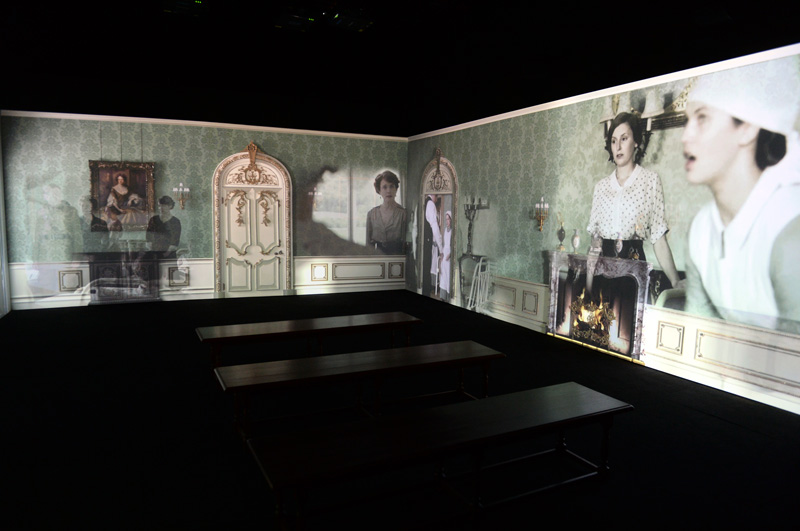 For the true fans, this is a must see, and a traveling exhibition that hopefully makes it to your town. Mr. Neame is quite proud of the artifacts on display here. After the finale, it was decided to take this exhibition out on the road not only to promote the upcoming film, but to keep the spirit of Downton Abbey alive as a property after being cut short.

The gift shop has some excellent choices as well from embroidered Downton Abbey aprons, many books about etiquette and if you have barely a shilling to spare, how about a postcard from the Dowager Countess saying, “What Is A Weekend”? 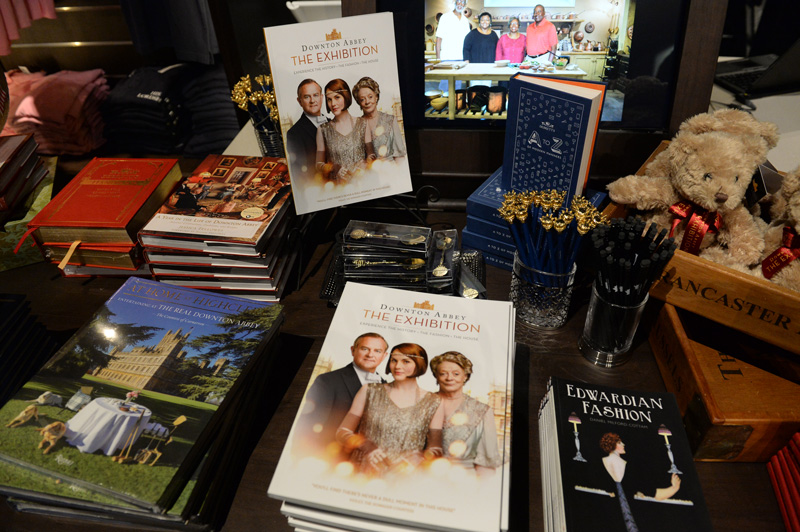 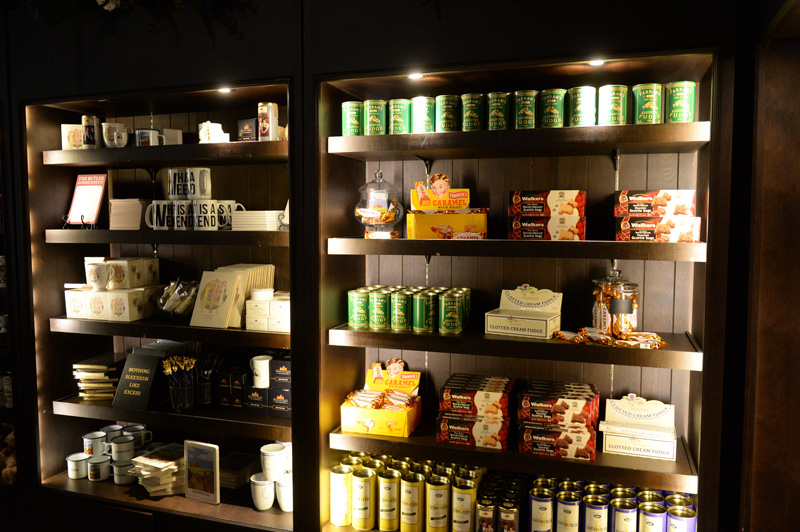 As you get ready for the upcoming film, relive the splendor of Downton in Boston at The Castle at Park Plaza, and check out further information and tour dates at the website, DowntonExhibition.com