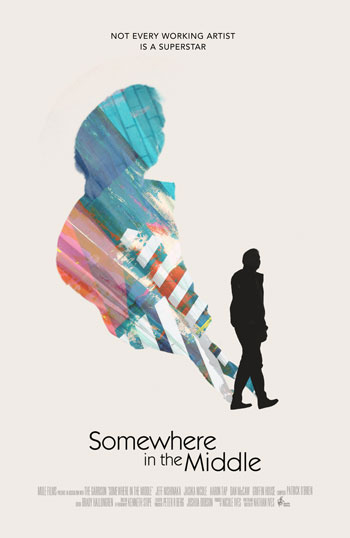 Intriguing, affecting documentary about artists in various fields who have not reached any kind of fame but make a living pursuing their dream.

Fans of Marc Maron’s groundbreaking WTF podcast should thoroughly enjoy the film, as it evokes a mashup episode of the series.

Like Maron, director Nathan Ives charts his subjects’ lives from early beginnings to inspirations to family and friend reactions, etc.

Some of the subjects felt a calling, others just couldn’t do anything else. Some chased fame, but even they seem to have found solace in the niche they’ve carved for themselves.

Actress Jasika Nicole, a woman of color, found acting to be freedom from racism, and the other subjects have similar stories of their art being a release or a source of solace they didn’t find in other areas of their lives.

There is talk of taking extreme risks, some of which paid off, some of which didn’t. These moments are certainly inspirational, but I was satisfied that the subjects and Ives didn’t gloss over the downside of making your dream your livelihood.

Several of the artists talk about the financial struggles they’ve had – and in some cases, continue to have – and the sometimes terrible toll their all-consuming, artistic passion can have on relationships.

Still, the film is overall positive in its outlook, with the participants acknowledging that while they may have some regrets, the pursuit of their dream was well worth it.

There are some lovely anecdotes about mentors in their lives and careers, as well as the effect they’ve had on people who come into contact with their art.

These stories certainly resonated with me, as both a writer and movie/music/art admirer.

I also have more than a few friends and acquaintances who have pursued their dreams for most of their lives and have achieved some level of success without becoming superstars.

In most cases, it’s more than fine.

Somewhere in The Middle is a solid documentary, and it could serve as major inspiration to artists who refuse to give up on their dreams.