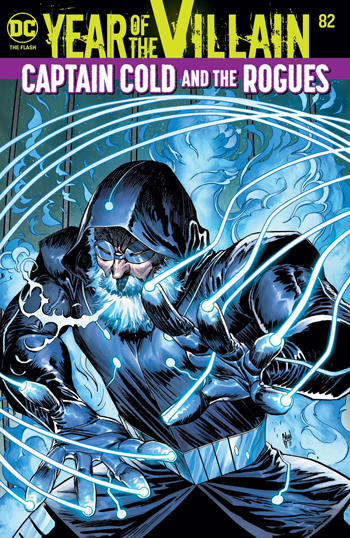 The last few issues of this book have been so incredibly good that I have been jumping for joy. Joshua Williamson has been writing one hell of a book that just does not let up.

This issue is the start of a new storyline and let me just say that it is completely awesome. It absolutely left me breathless!

The issue begins “After the rise of the rogues” apparently. That was all that I needed to hear to be excited about this.

Central City has seemingly turned into a war zone. Two soldiers run into a building. They see the symbol of the Flash. They say that they have not seen this for quite awhile.

Just what is going on here?

We cut over to a scene where the Flash’s Rogues are sitting around. The Lex Luthor symbol for the Rogues is high in the sky. Then, there is a proclamation that the Flash is dead. Is it real? Or is there something else going on here?

We then get to see the Rogues go about their daily lives in Central City. They regroup.

They cause some general havoc. And we get to see how formidable they have become.

We then get to see Captain Cold go up against Commander Cold. And man, is it one hell of a fight!

This fight ends in a rather tragic and brutal way. We do eventually find out what happened to Barry.

It is a powerful scene when we get that answer. It is also one of the best cliffhangers of all time. Seriously, it is really something else and not at all to be missed!

Williamson has done a great job again for writing this issue. It is nothing but high excitement from start to finish. The art by Sandoval is something else, too. This is one hell of a start to a new storyline and I cannot believe how good this is.