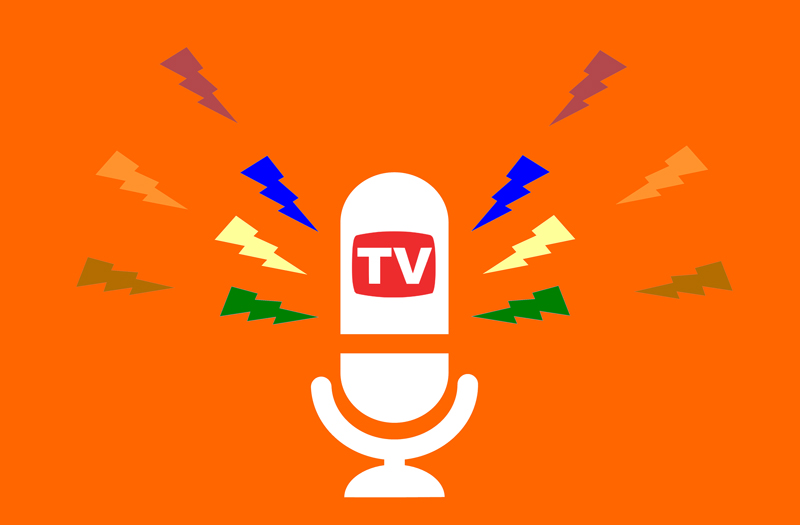 Television is no longer a passive event. In the past, when channel surfers were confined to a kiddie pool of a dozen channels, audiences had to watch what was available. This meant that outside of the primetime schedule, folks were exposed to reruns of classic shows, game shows, soap operas and yakkers aimed at middle-class conservative parents.

These days, folks looking for a key to the past need to actively seek out reruns. But with thousands of hours of retro television available at a click of a button, how does one navigate the choppy waters of streaming content?

Luckily for us, there are kind individuals out there with a passion of Passions, friendly for Friends, and a fresh look at the Fresh Prince. Here is a look at a few backwards-facing podcasts to help audiences rediscover primetime heavyweights from yesteryear.

Are You Afraid of the Podcast?

A podcast tribute to Nickelodeon favorite Are You Afraid of the Dark?, the kiddo starter kit to the horror genre.

Introducing new generations to the one, the only Johnny Carson. This podcast discusses the best guests, the best bits, and Ed McMahon’s occasional issues with the hooch.

Jeremy Greer and Gary Butterfield pay tribute to the much beloved, often remembered X-Men animated series. Still one of the best theme songs for any show, ever.

Dynasty As They Wanna Be

Back when fancy, rich ladies dressed like linebackers and high-climbing hair was the standard, this Dynasty podcast tackles each and every episode and each and every evening gown catfight.

Tool Time lives on in this Home Improvement themed podcast that rewatches each episode that follows the exploits of the barking Tim Taylor and his brood.

Jon​ ​Gabrus​ ​and​ ​Lauren​ ​Lapkus are couch potatoes of the highest order. Former latchkey kids that were raised on cable television, the duo explore TV of the ‘80s and ‘90s. The good, the bad, and ALF.

A look at the shared fever-dream that was ‘90s programming. From Saved by the Bell to Saved by the Bell: The College Years, podcast runs through themes, looks, and stories that could only exist in the ‘90s.

A rewatching of the original 1985 series, but with a political slant. The podcast examines the heavy-handed messages of the original show, but applies them to today’s cultural and current events.

An episode by episode breakdown of the infamous Alien Life Form and his life with the Tanner clan.

Everything from the kiddie shows of SNICK, the family-centered entertainment of TGIF and the must-see favorites of Must See TV.

A rewatch podcast of HBO’s phenomenal drama, including interviews with the cast and crew. Omar’s coming, yo!

Rewatch The Office on Netflix with this handy, dandy guide to the best episodes, the most awkward scenes, and a deep dive into the legendary Michael Scott.

In this article:Nostalgia, Podcasts, Television