Movies and sneakers, a favorite pastime and a favorite article of clothing.

You know what makes movies and sneakers even better?

When they come together and become one. For the longest time, sneaker brands have worked with filmmakers to have their product featured in their movies. When done right, these sneakers can leave a lasting impression in a feature film.

Today, we and Cult Edge break down what we feel are 10 of the best sneakers that have appeared in some of your favorite movies. 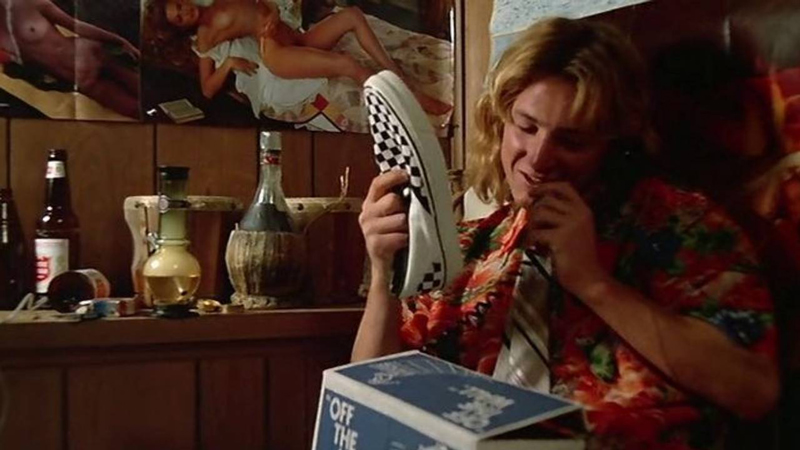 The Vans Slip-On Checkerboard became a global icon for the spirit of the Vans brand thanks to its appearance in the cult classic film, Fast Times at Ridgemont High. The moment Sean Penn’s stoner surfer character in the movie was spotted wearing laceless sneakers, is the moment that cemented Vans’ place as a staple of Southern California style 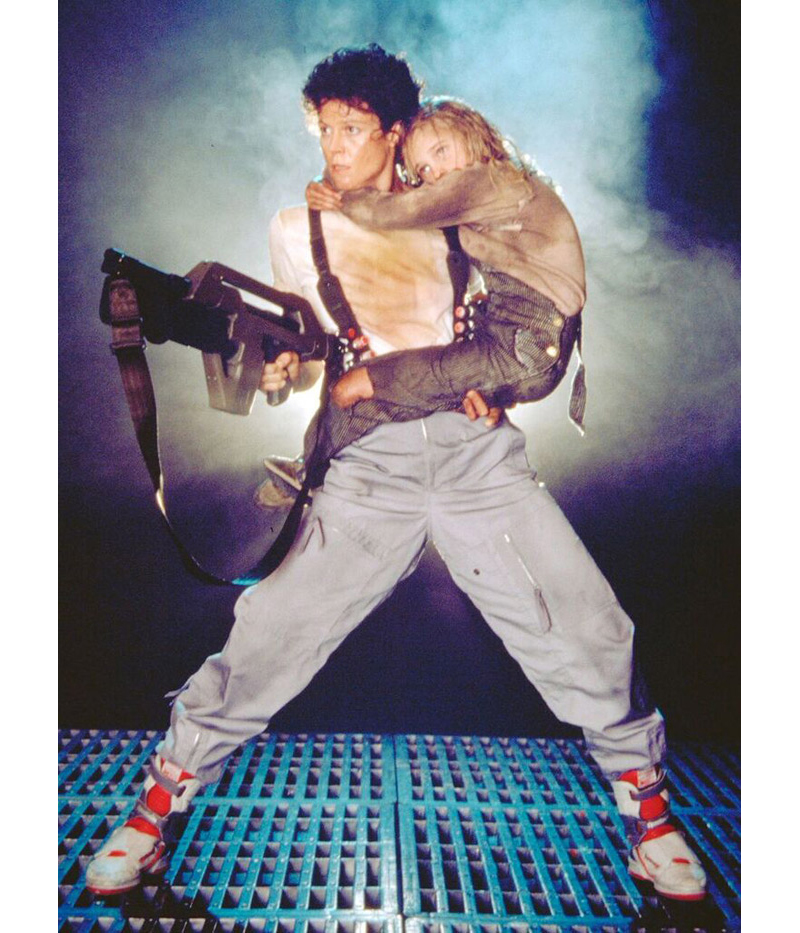 You know what’s more badass than stomping a mudhole on some aliens? Stomping on aliens while wearing some dope kicks. Ripley’s space boots were customized Reeboks known as the Reebok Alien Stomper. The shoes we so well-received that Reebok ended up releasing them to the public one year after the film dropped. The Alien Stompers are without a doubt one of the most unique sneakers from this list. 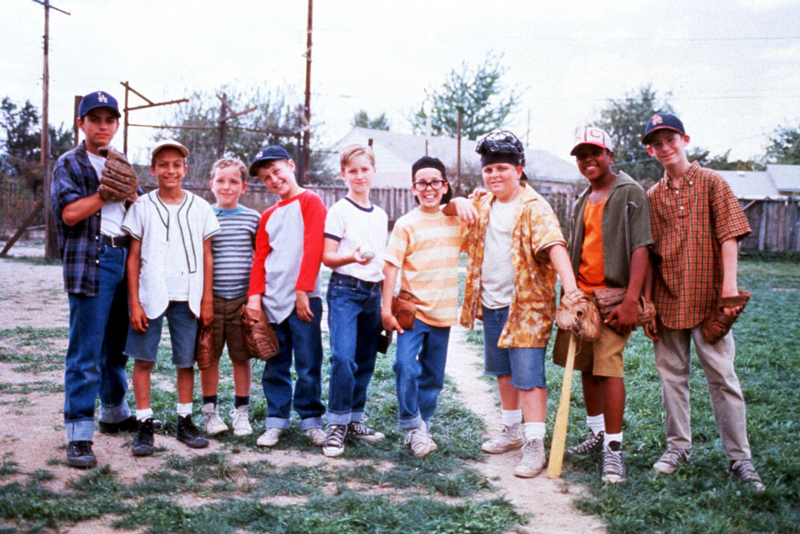 A personal favorite movie from this list, the PF Flyers that were worn by Benny “The Jet” Rodriguez really had every kid out there thinking that they could run faster and jump higher. I mean, if Benny could outrun the “Beast” in all-Black PF Flyers Center His, they really must be the secret weapon right?

Do The Right Thing – Air Jordan 4 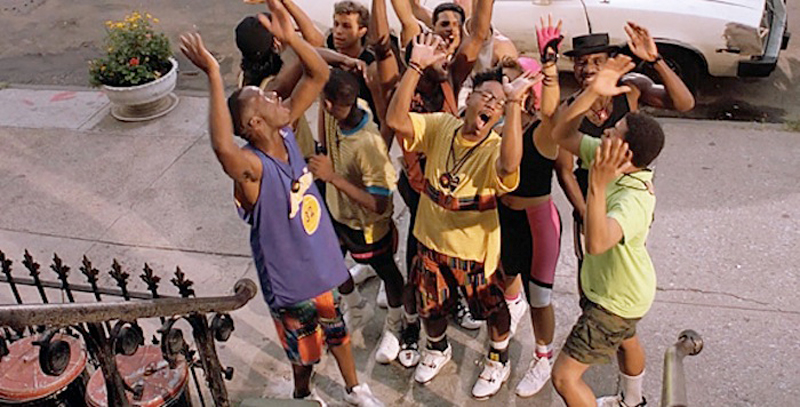 I could literally feel Buggin Out’s pain the moment I laid my eyes on his scuffed Air Jordan 4s. I mean, he had just dropped $100 bucks ($108 with tax) on them and some careless guy steps all over them! SMH.  If we ever make a list of devastating sneaker moments in movies, this one would for sure be at the top of the list.

Back To The Future II – Nike Air Mag 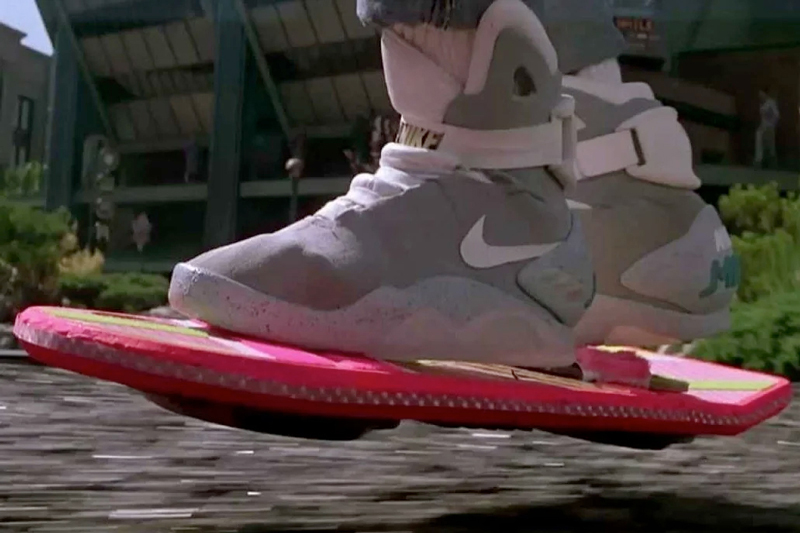 Quite possibly the most recognized pair of kicks on this list, the Nike Air Mag from Back To The Future II is still considered a grail by many. Equipped with self-fastening laces and light-up panels, the super-limited Air Mags (both versions) will go down in history as one of the most iconic sneakers in movies of all-time. 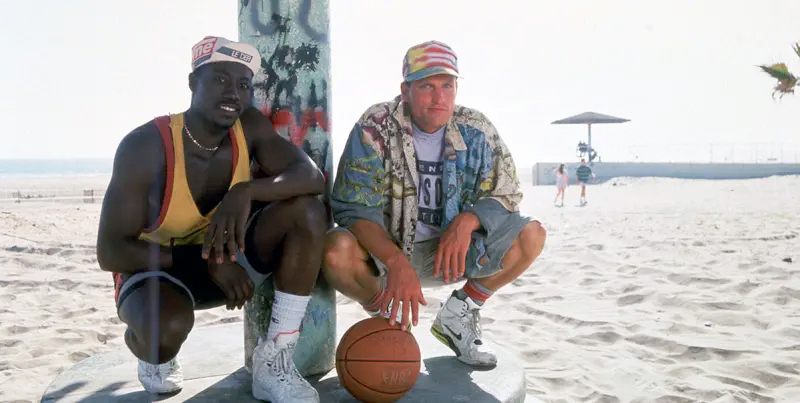 White Men Can’t Jump was filled with dope sneakers from the ‘90s, but being that we can only go with one from the film, we opted to go with Billy Hoyle’s (Woody Harrelson) Nike Air Command Force. Worn by Billy throughout the movie, David Robinson’s signature shoe got most of its limelight when Billy bet Sidney that he could dunk the ball. He may not have dunked it there and then, but fortunately the story had a happy ending when it was all said and done. 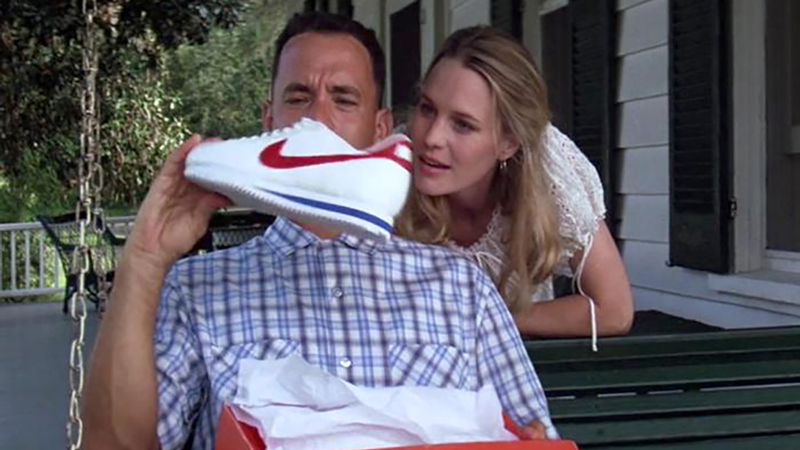 One of Nike’s most iconic models off all time was Forrest Gump’s choice of footwear when he ran all over the country. Shout out to Jenny for hooking him up with a pair because he sure did put them to good use. 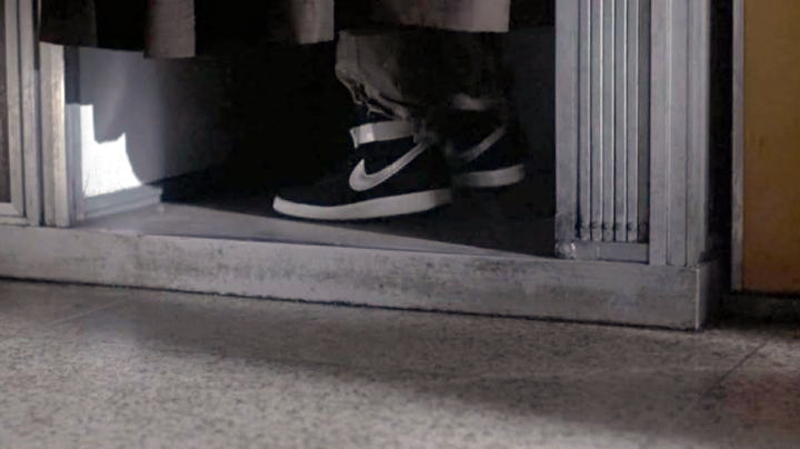 At one point in The Terminator film, Kyle Reese is sent back in time butt naked to help protect Sarah Connor. Before he does all of that, he breaks into a department store to get some clothes. His choice of footwear? None other than the Nike Vandal in the Black and Grey colorway. 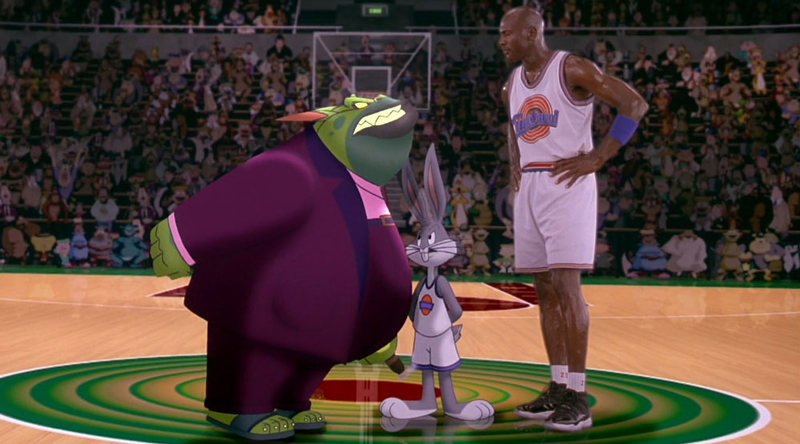 What’s there to say about the Air Jordan 11 Space Jam? One of the most iconic Air Jordans ever, the Black Air Jordan 11 has such a strong cult following that we’re willing to bet that it will always sell out every single time, even if Jordan Brand drops it year after year. 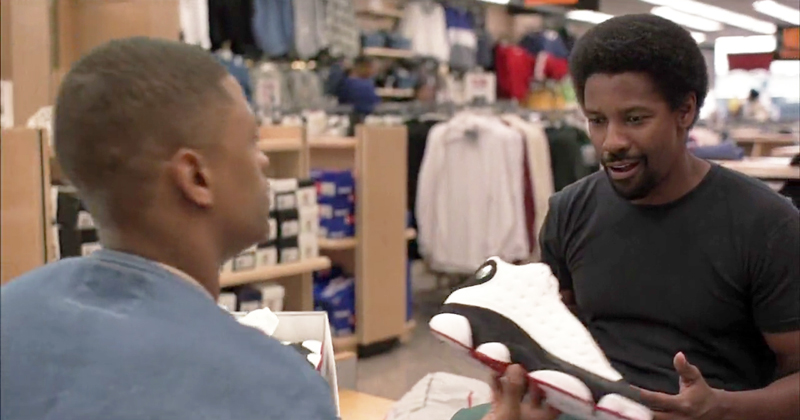 Denzel Washington (Jake Shuttlesworth) shopping for kicks and opting to go with the White and Black Air Jordan 13s has got to be one of coolest scenes from the film. When you really think about it, that whole scene was an unboxing before unboxing was even considered a thing.