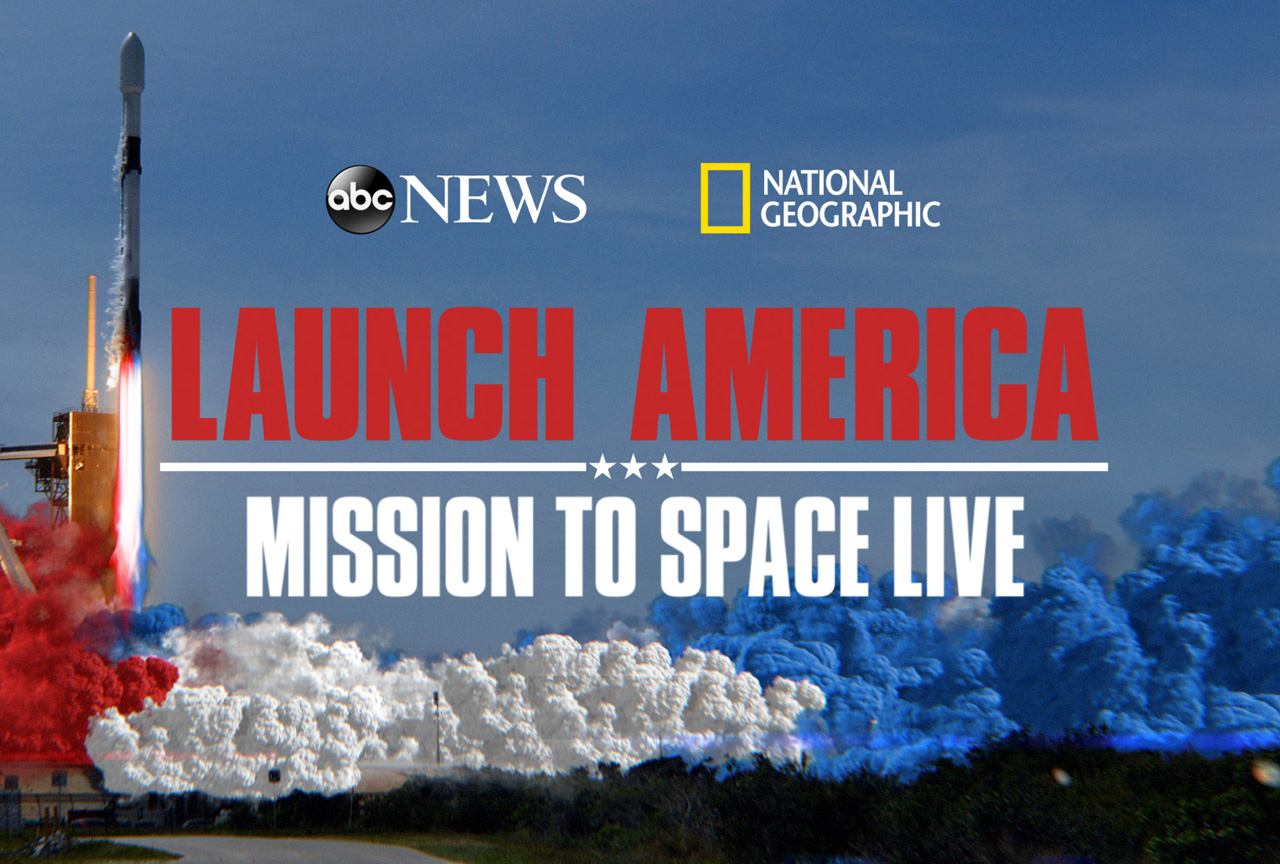 After having to scrub the mission due to weather. The historic launch of Space X Dragon is back on today!

This article has been updated from the original.

Nadia Drake hasn’t gotten much sleep, “I drove twelve hours last night from Charlottesville Virginia.” As a writer for National Geographic, Drake is lucky to be front and center for Wednesday’s historic Space X launch, and was kind enough to give us some of her stolen time. Although the launch ended up a “no-go” on Wednesday, Nadia live-tweeted on behalf of NatGeo right up until the final moments.

Space X, founded by billionaire Elon Musk, has launched rockets into space before, but today is different. Today marks the first time the mission will be crewed. Bob Behnken and Doug Hurley, both veterans of the NASA Space Shuttle program, will be the historic first crew of the Space X Dragon capsule. They will spend anywhere from one to four months on the International Space Station before returning to Earth.

Bob and Doug seem like the best guys for this mission, and they’re clearly friends. Their series of youtube videos leading up to today’s launch have been great.

“Space is a profoundly moving experience” Drake explained, when asked about people of different walks of life potentially flying commercially in outer space one day. The “shift in perspective”… would prove to enrich the rest of us down here on earth.

And what about different kinds of people in space?

The NASA heroes of our parent’s youth were all white men, but a lot has changed since then.

Men and women from all over the globe have flown in space since the heyday of Apollo. And before you correctly expose that Behnken and Hurley are both white men, it’s notable to point out they are both married to astronauts, which is quite a culture shift. Their wives, K. Megan McArthur and Karen L. Nyberg, are both veterans of the Space Shuttle Program.

There was a mere sixty-six years between the Wright brothers first flight and Neil Armstrong and Buzz Aldrin walking on the Moon. Only sixty-six years from flights creation to the greatest achievement in space. Here we are more than fifty years since Apollo 11’s historic journey, marking another major milestone with Space X Dragon Capsule toward…well, what exactly? What lies ahead?

Apollo 11 is used in every science fiction film as something future characters call “beginning”, much the same way Lindbergh, Earhart, and the Wright brothers were before that. Will today be seen as the first building block in the same way? There’s still fifteen years left in the next sixty-six-year cycle. Will we be on Mars by then, and will Space X be the ones who take us there?

Nadia paused before answering, “I really want to say yes, but I really don’t know. I think we’re moving in the right direction… I want to be an optimist! I want to see that happen.” One thing is for sure about today’s launch, “there’s a general feeling of excitement.”

One of the coolest things about reporting anything having to do with space flight is there is no shortage of experts to talk to. But when it came to Catherine “Cady” Coleman, Forces of Geek struck the mother lode. 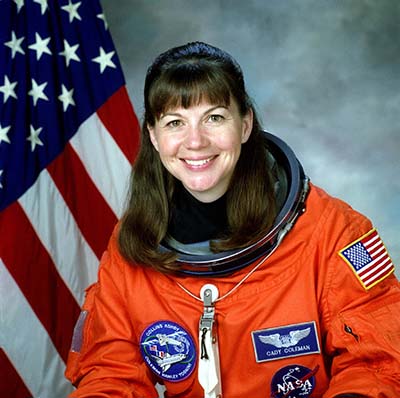 “Call me Cady” she insisted, as she causally described what it’s like to fly around in space.

For those of you who don’t know, Cady Coleman is a retired American Astronaut who has logged more than 4,330 hours in space. She’s also in a band, played a duet with Ian Anderson of Jethro Tull while in space, and is married to one of the world’s finest glass blowing artists. Cady also holds a BA in chemistry from MIT, and a PH.D in polymer science and engineering from UMASS.

To put it in perspective she’s like Amelia Earhart, Valentina Tereshkova, and Sally Ride all wrapped into one person (if you don’t know those names, I highly encourage you to look them up). And did I mention she plays a wicked jazz flute?

“Oh, I would go in a minute. I would love to go.” Cady enthusiastically replied when asked if a future Space X mission had a flight available with her name on it. “I’ve had lots of turns…but I would go back in a minute.”

Cady’s love for space flight and support of this mission was obvious in our discussion. I asked Cady what types of media astronauts bring along with them, and did Behnken and Hurley intend on binge watching any shows while they’re away.

She hilariously responded, “I really had my life enriched in so many ways by being part of the space program and being part of the astronaut core… but having good movie suggestions from my male colleagues was just not one of them…the number of guy movies I’ve been through Ugh! …although my great victory was having our Aquarius crew watch Tank Girl.” Cady went on to explain how she and a group of female astronauts, doctors, and friends, formed “the Tank Girl film society.”

If you’re unfamiliar with Tank Girl, it’s a 1995 cult film from a cult comic about a girl and her friends in a dystopian wasteland where the last of the world’s water supply is controlled by a tyrannical mega corporation. It’s also apparently become favorite viewing in outer space by some extremely talented people.

“On the strength of a human hair you can push yourself across the space station.” Cady mused, when talking about what it’s like to actually fly in micro gravity. There’s a great video on youtube called “Splitting Hairs About Gravity” where fellow astronaut Karen Nyberg (wife of Hurley) demonstrates this very thing. Cady was an advisor to Sandra Bullock for the film Gravity and discusses what little effort it takes to move aboard the ISS.

The mission will usher in a new space age, one filled with competition, innovation, and the kind of breathtaking achievements that might just define the 21st century. If successful, it will be a historic achievement for Space X as it would become the first privately owned company to take humans to the ISS and meet NASA’s certification requirements.

Beginning at 12pm EST coverage for the live event will be broadcast on both ABC News Live and National Geographic. Once again coverage will feature exclusive interviews with Cady Coleman, astronaut Christina Koch, as well as many other scientists and experts. Nadia Drake will once again report live on the launch on behalf of National Geographic from the Kennedy Space Center.