When I see the Ladd Company logo fill the screen, the green flickering lines detailing a tree, some part of my subconscious is delighted. I instinctively associate the company, and its unique production logo, with Ridley Scott’s masterpiece Blade Runner (1982), my all-time favourite film. The company enjoyed a smattering of success in the 1980s, with Body Heat (1981), Chariots of Fire (1981), and Police Academy (1984), but were mainly characterised by their series of box-office disappointments, including Blade Runner and The Right Stuff (1983). 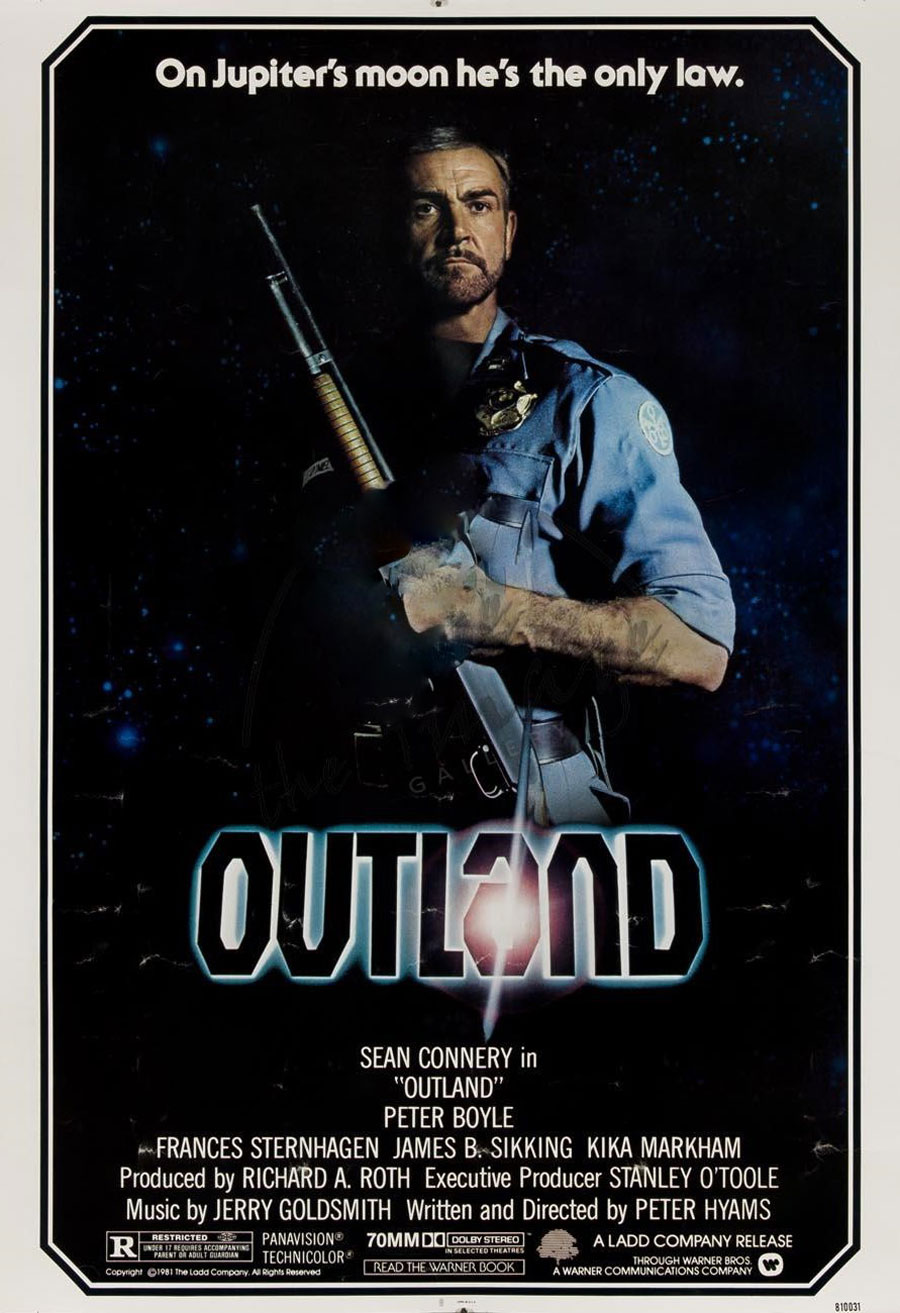 Sean Connery stars as Marshal William O’Neil, a federal officer charged with protecting a mining colony on Jupiter’s moon Io as a string of mysterious deaths and conspiracies threaten to undermine his authority. Making only $17 million on a budget of $12 million, it was hardly a smash hit. It’s rarely celebrated as a gem of the science-fiction genre, and has not even reached cult status. And yet it holds a special, particular place in the sci-fi canon.

Sandwiched between Ridley Scott’s genre-defining Alien (1979) and Blade Runner, it is undeniably influenced by the former and seemingly prophetic of the latter. Writer-director Peter Hyams wanted to make a Space Western, taking the frontier to the stars, and the film’s climax bears strong resemblance to High Noon (1952). But literally every film it’s indebted to is more well-known. But instead of labouring about how many films it reminds us of, I want to analyse what makes it stand out, and why you should set some time aside for a visit to the Outland.

As a Scot myself, it’s nice seeing your accent properly and naturally performed onscreen. You have to respect Sean Connery’s absolute inflexibility when it comes to his characters, he’s played a Russian, a Spaniard, an Irishman – and seemingly refuses to change his Scottish accent every time. 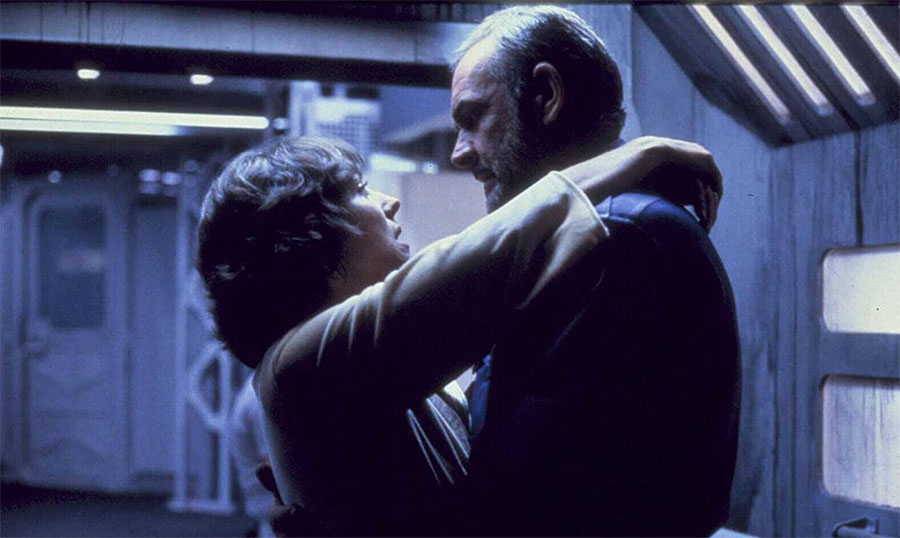 We meet the O’Neil family divided, his wife and child (why does this kid have a broad American accent if both his parents are British?) are unhappy living in space, constantly ferreted from one space station or colony to another, and within the first act they have left Io without warning, leaving O’Neil to mope around, be gruff, and generally rock the lone lawman vibe he’s got nailed down. It becomes clear that those in charge, including the General Manager Sheppard (Peter Boyle) and O’Neil’s sergeant Montone (James B. Sikking) have a certain way of doing things, namely by looking the other way on narcotics imports and distribution.

But O’Neil’s a man of integrity and justice, and intends to establish law and order by whatever means necessary.

O’Neil starts investigating a series of space-exposure suicides and intoxicated spells of madness afflicting random crew members, and becomes aware that the company and law enforcement are all too keen to hush up the exact cause of death. He teams up with a cantankerous doctor Lazarus (Frances Sternhagen), the only person on the station who can match his stern, biting demeanor, and they soon realise a company cover-up is going down. 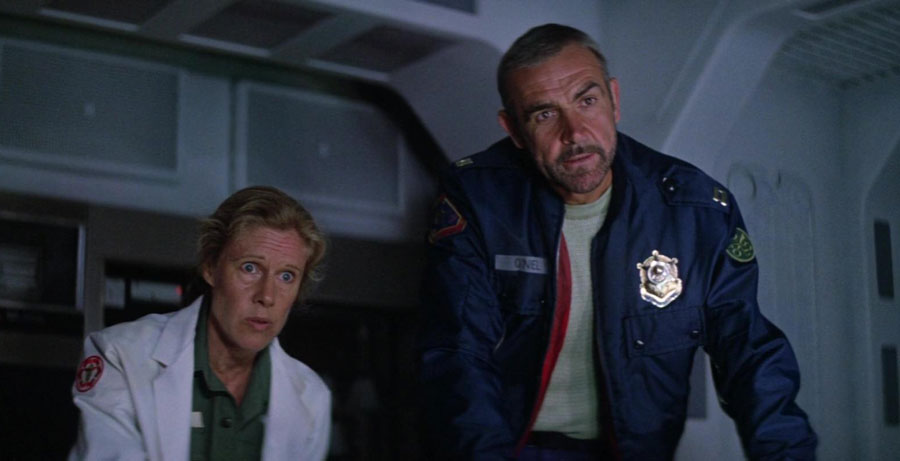 I’ve never been blown away by Connery’s performances, but he’s always shown a winning charisma mixed with a steely determination (it’s just occurred to me that these are the two most defining characteristics of James Bond). Highlander (1986), The Untouchables (1987), The Last Crusade (1989), and The Hunt for Red October (1990) are all more memorable performances, but that’s mainly because he’s had someone excellent to bounce off, and his parts are a lot more flamboyant and fun. In Outland, he gets to sink his teeth into a character that’s more worn-out, but also genuinely angry – a grey-haired Scotsman railing against the corrupt system of interstellar industry.

In the opening shots, Jupiter looms large over the gorgeous miniatures of the colony, making our setting feel cramped and claustrophobic. 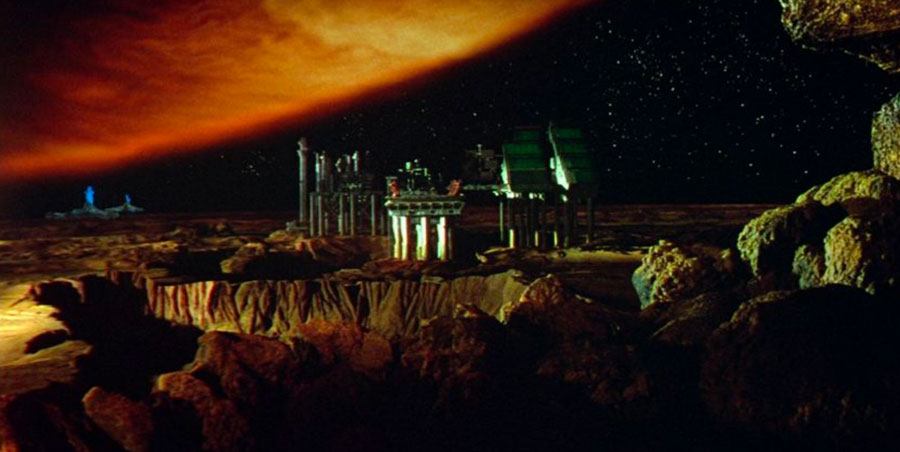 Get used to this. The corrugated metal corridors and overlapping walkways of the interior are no better, they feel impossibly narrow and jarring thanks to the amazing production design by Philip Harrison and set decoration by Stuart Rose. In contrast to the sparse, empty sets of Alien, Outland is rammed with extras, bumping into each other and crowding the halls. Sweeping dolly and tracking shots follow individuals on their determined journeys through the layers of the set, the camera patiently letting the audience soak up the dense colony life.

We follow one worker slowly and deliberately making his way to the airlock, procedurally exposing himself to the inhospitable environment of space with such calmness and steadiness. Even in these tense scenes, there’s a restraint to the way Hyams shoots Outland, making you look at the background and find what isn’t right yourself.

Everything is heavy and clunky, from the airlock handles characters yank open to the awkward space-suits that the miners lock themselves in piece-by-piece before dragging themselves around the station. The frame is always crowded, dimly lit and messy, you could pour over the images and find an endless supply of details. There’s a gnawing sense of anxiety that things could boil over or fall apart at a moment’s notice. As Montone says, shrugging off the suspicious deaths, “Some people just let this place get to them.”

In addition to the frame being busy, everything’s also really loud. The sets creak and the equipment rumbles, every little sound is seemingly boosted, fighting to be heard over the clipped dialogue. The station has a hissing vitality to it, like it’s alive and sweating from the effort of staying standing. Outland was one of a handful of films Warner Bros. used with their new movie theatre sound system Megasound, fitted with deep-bass enhancement. It did not catch on, but those crashes and booms are still there in the film for our enjoyment.

Like Alien, atmosphere is key, and when Outland dramatically utilises its environment, it really hits its stride. When a chase breaks out between O’Neil and a drug dealer, Spota (Marc Boyle), the camera swoops over the dormitories and corridors, watching the pair duck under barricades and leap between walkways. The cuts are impactful, strengthened by Jerry Goldsmith’s growing bombastic score. They dive over each other, double-back and fall onto lockers and spacesuits. 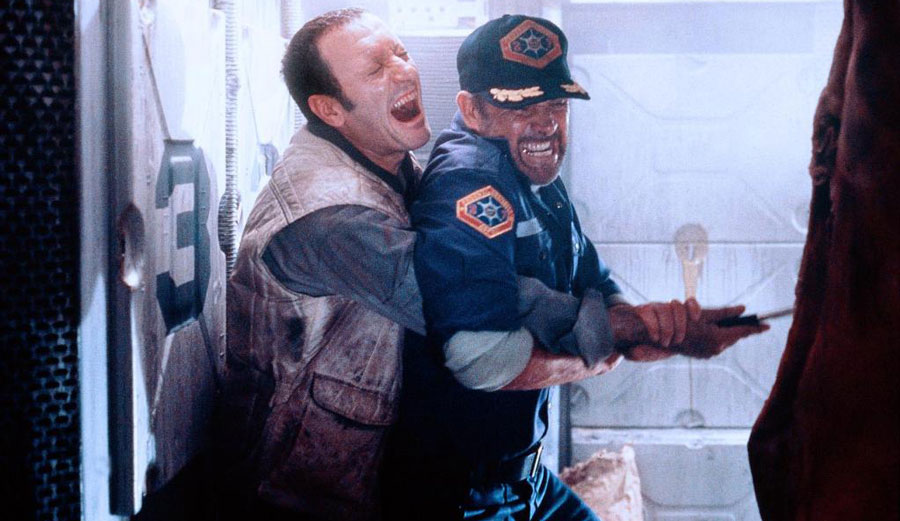 It has the potential to become utter chaos, but Hyams follows the action and keeps the camera steady, cutting through the clutter and filling the scene with amazing energy. The result? One of my favourite chase scenes, because so much attention to detail has been put into the environment, and Hyams has such a great time playing with it.

So where’s all the love for Outland?

It’s got a clean, impactful structure, action that feels rough and genuine, and well-defined characters. Plus, all the atmosphere and setting is brilliantly realised. Maybe Hyams was trying to ground it too much as a Western, aping off plots and characters from older films, he didn’t spend enough time trying to make his one timeless. The world is well-realised in Outland, but we don’t necessarily want to know more about it when the film ends. Too much time was spent harking back to the past and not enough elevating old tropes to something higher. 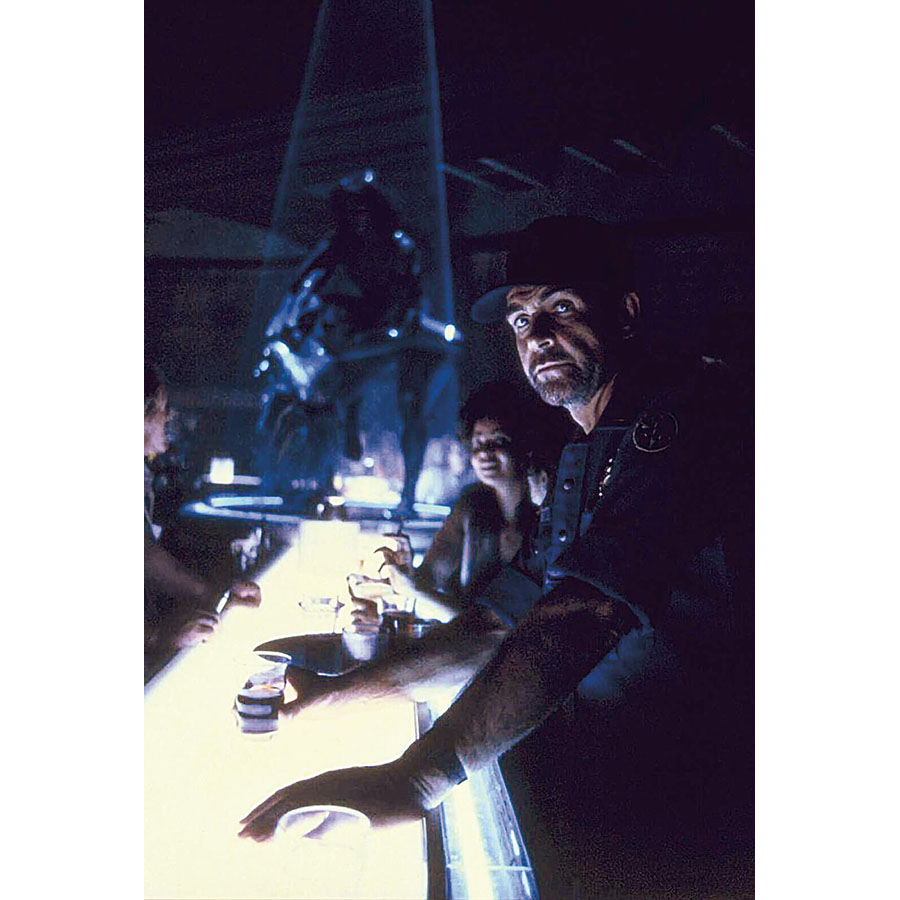 It’s true that Outland owes a lot to the atmospheric science-fiction of its contemporaries, but there’s something almost ethereal and dream-like about Ridley Scott’s genre filmmaking that is lacking in Outland. But Hyams created a future that cared about its characters rather than technology, and while he may have taken little risks, he crafted a punchy, gripping space-adventure that certainly deserves a lot more love than it’s currently getting.